The Presumption of Death Act 2013 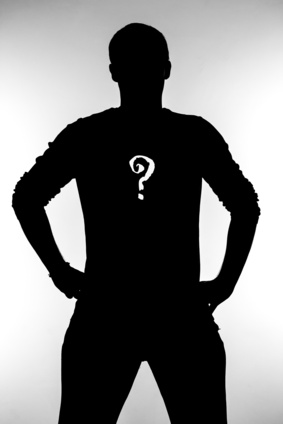 Death is usually obvious. Cases arise where death is uncertain. A person is presumed dead, if unheard of for a long time, (often, but not exclusively 7 years), there is no evidence he remains alive, the people most likely to have heard from him have not and inquiries of him have been unsuccessful (e.g. Nepean v Doe d knight [1837] 2 M & W 894). It is a question of inference to be drawn from all the facts.

The Non-Contentious Probate Rules 1987 enable “leave to swear death” but such orders can normally only be used to obtain probate.

Case law illustrates the difficulties of making limited enquiries to establish death. In Chard-v-Chard [1956] P259 the court refused to infer that W was dead at the time of H’s re-marriage, notwithstanding the passage of 16 years, as there was evidence W might have not wanted anything to do with H. The re-marriage was held to be void. In Re Watkins [1953] 2 All ER 1113 Harman J whilst unhappy about A’s enquires to trace her first husband, felt that the fact that neither A nor the  relatives of the second husband had heard of him, meant that he could infer death before the second marriage, so A could claim on the second husbands death. In Bullock v Bullock [1960] 2 All ER 307 Lord Merriman P applied Re Watkins.

The Presumption of Death Act 2013

The Presumption of Death Act 2013 and the consequent amendments to Part 57 of the Civil Procedure Rules, namely Part V and Practice Directions, came into force on 1st October 2014.

“Any person” may apply, by a Part 8 claim [CPR57.19], to the High Court, Chancery or Family Division [CPR57.18] for a declaration of presumed death [S.1] where a missing person ( “MP”) is thought to have died, or has not been known to be alive for at least 7 years. The declaration is recorded on the Register of Presumed Deaths. It is equivalent to a death certificate.

The court only has jurisdiction [S.1(3)] to determine the application if the MP, was domiciled on the day he was last known to be alive, or had been habitually resident throughout the period of 1 year ending with that day, in England & Wales. Interesting questions may arise when a British National is the MP and goes abroad.

The court must refuse to hear an application [S.1(5)] if made by someone other than the MP’s spouse, civil partner, parent, child or sibling and he does not have a sufficient interest in its determination. Sufficient interest is not defined in the interpretation section [S.20].

A declaration is “effective against all persons and for all purposes” including acquisition of an interest in property and the ending of a marriage or civil partnership [S.3(1)], unlike the previous regime. The appeal period must have elapsed or an appeal has been unsuccessful for the declaration to be effective [S.3].

Any question, which relates to an interest in property and domicile of the MP [S.4], may be determined. A declaration may be varied or revoked on an application by a person with sufficient interest [S.5]. Such an application would be appropriate when a missing canoeist is discovered or a tsunami victim is found.

Schedule 2 sets out the repeals and the amendments to various statutes.

Those to receive notice are prescribed in CPR 57.20. Under CPR57.21 within 7 days of issue, the applicant must publish the claim to meet PD57B and in a newspaper circulating in the vicinity of the MP’s last known address. The court must refuse to hear an application [S.9(3)] if notice and advertisement have not been complied with.

Paragraph 1.1(3) focuses on recording details of enquiries made, or steps taken, to trace the MP or confirm when last known to be alive; and results of such enquiries. Information about the MP’s property is enshrined within 1.1(4). It includes an estimated asset value, details of property owned, and details of any other persons interest in the property, which it is sought to have determined. S.12(1) empowers the court at any stage, to require a person who is not a party to the proceedings, to provide it with specified information that it considers relevant to the question of whether the MP is alive or dead, but the court must send notice to them before making such an order [S.12(5)].

The House of Commons Justice Committee estimated that only 1% of the 200,000 missing persons each year remained unaccounted for, after 12 months. How frequently the Act will be used remains to be seen. 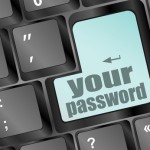 Why Wills are awkward vehicles for digital assetsComment 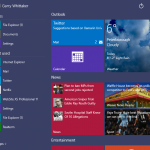 Is Windows 10 in your future?Comment
This website uses cookies for functionality and to help us to improve the experience of the website. By continuing to use this website, you accept their use or you can also change your personal settings.