When will the court revoke an LPA?

This case was brought by the Public Guardian (PG) to revoke a Lasting Power of Attorney (LPA) made by DP in favour of her gardener JM and was heard by Senior Judge Lush.  In his judgement Lush SJ confirmed the three matters that the court needs to be satisfied of before it will revoke an LPA.

DP employed JM as her gardener from 2006 and on 30 Aug 2011 executed a Will leaving him 80% of the net sale proceeds of her house and the entire residue. On 31 October 2011 she executed a property and financial affairs LPA appointing JM as her sole attorney with no restrictions or condition on his authority. This was registered with the Office of the Public Guardian (OPG) on 20 February 2012.  DP moved into a residential care home on 4 April 2012.

There was a catalogue of suspicious behaviour by JM.  In January 2012 the OPG was contacted by a social worker expressing concerns about JM removing DP from hospital against doctor’s advice.  However, as these concerns were of a personal welfare nature and it was a property and financial affairs LPA, the PG felt unable to intervene.

In November 2012 JM gifted himself £38,000 and was unable to explain numerous cash withdrawals March 2012 to March 2013 totalling £8,520.  From DP’s money he paid for the finance of and petrol for a motability car, which his disabled wife used and claimed for as part of her own Disability Living Allowance.  He said he used this car to visit DP and take her on day trips out.

In February 2013 JM sold DP’s house for £165,000 and initially put the net sale proceeds in a bank account in his sole name, only transferring them to an account in DP’s name when he became aware the OPG were investigating him.  JM was unable to produce receipts to verify his claim that he had spent £10,300 improving DP’s house ready for sale.  It came to light that JM had paid himself a salary of £20 per day for 365 days clearing DP’s house ready for sale and of £1,040 for 12 months of gardening work.

In March 2013 Aviva contacted the OPG about JM’s conduct as they had refused to act on JM’s instructions to gift a bond of DP’s to JM or to encash the bond.  The PG then began its investigation into JM’s management of DP’s property and financial affairs. On 3 July 2013 the PG applied for the revocation of the LPA and a deputy to be appointed in JM’s place.

In his defence JM said that DP’s relatives never spent any time with her and DP became part of his family.  He claimed he had done nothing wrong but did accept he should have kept proper accounts.

The Public Guardian’s application was for an order under section 22(4)(b) of the Mental Capacity Act 2005 (MCA) revoking the LPA and directing the judge to cancel its registration.

(b) if P lacks capacity to do so, revoke the instrument or the lasting power of attorney.

Subsection (4) applies if the court is satisfied –

(b)  that the donee (or, if more than one, any of them) of a lasting power of attorney

(i) has behaved, or is behaving, in a way that contravenes his authority or is not in P’s best interests, or

(ii)  proposes to behave in a way that would contravene his authority or would not be in P’s best interests.

Lush SJ confirmed that the court needs to be satisfied of the following to be able to revoke an LPA on the basis of the attorney’s past performance:

Lush SJ found that unsurprisingly JM had acted outside his authority in making the gift of £38,000 to himself and had had no authority to award himself a salary of any sort as the section of the LPA about paying the attorney had been left blank. “You can choose to pay non-professional attorneys for their services, but if you do not record any agreement here, they will only be able to recover reasonable out-of-pocket expenses.” JM should have applied to the court for authorisation to make the gift and pay himself a salary.

Lush SJ found that JM was in breach of his fiduciary duties as an attorney by failing to keep proper accounts and financial records.

JM said that the police had decided not to charge him so the CoP should drop their investigation.  In response Lush SJ said:

“There are significant differences between a police investigation and an investigation conducted by the OPG. When the police investigate an alleged crime, they need to consider whether there is sufficient evidence to present to the Crown Prosecution Service (‘CPS’) to guarantee a realistic prospect of conviction, which in this case would have been on a charge of theft or fraud by abuse of position. The CPS would have had to prove that JM was aware that he was acting dishonestly and they would have had to prove this ‘beyond reasonable doubt’, the standard of proof in criminal proceedings. The decision not to prosecute him simply means that the CPS was not totally confident that it would be able to prove JM’s guilt so as to ensure a conviction. It does not imply that his behaviour has been impeccable.”

In contrast the OPG investigation is primarily looking at whether the attorney or deputy has contravened his MCA authority or has acted in breach of his fiduciary duties or has behaved in a way which is not in the best interests of the donor. The balance of probabilities standard of proof is lower than the criminal standard.

Lush SJ was satisfied that JM had behaved in contravention of his authority and in a way which was not in the best interests of DP.  He therefore revoked the LPA and invited an application to be made for a deputy to be appointed. The gifts in the Will of 20% of the house net sale proceeds to charities would adeem as the house was sold in DP’s lifetime.  Lush SJ anticipated that this would be rectified by the Deputy making an application for a statutory Will to include legacies to the charities as one of their first acts on appointment.

What a difference a year makes!Comment, Gill's Blog 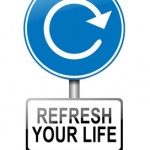 Time for a change at work – my Eureka momentComment
This website uses cookies for functionality and to help us to improve the experience of the website. By continuing to use this website, you accept their use or you can also change your personal settings.