The 1975 Act provides for six categories of applicant. Amendment to the statutory language has expanded, two of these and a recent case has demonstrated the a third might be interpreted far more liberally than previously thought. In consequence more people than ever before will find themselves potentially qualifying as applicants under the Act this year (2015).

The ITPA 2014 came into force on 1st October 2014 pursuant to the provisions of the Inheritance and Trustees Powers Act 2014 (Commencement) Order 2014. It amends the 1975 Act in a number of significant ways and for the purposes of that Act it takes effect for deaths after 1st October 2014. Consequently its effects are only just beginning to be felt.

“Child of the family”

As readers will be aware section 1 of the Act contains a list of those qualifying as applicants under the Act and it remains largely unchanged. There is one substantive extension, however and that is in relation to those qualifying under s1(1)(d) (often described as “step-children” but now, post amendment, to be interpreted in a much broader way than is usually understood by that term). The key to the amendment is the welcome removal of the requirement that a child might only claim in the estate of a “step parent” if that deceased step-parent treated the Claimant as a child of a family in relation to a marriage or civil partnership. Unlike the early 1970’s barely half of children are today born into a marriage so the stipulation had become somewhat anachronistic.

Thus the amendment to s1(1)(d) is the addition of the words in bold below so as to include any person:

This is potentially a very broad extension and clarification of the ambit of the extension is provided in a new sub-paragraph 1(2A):

The explanatory note to the Bill included the comment: “Thus, a “single parent family” is included within the scope of new section 1(1ZA)(e)”. This is helpful but potentially misleading on a superficial reading as the “parent” in question is not a birth parent but rather a non-parent who nonetheless “stood in the role of a parent” at any time.

Applicants maintained by the deceased

The 2014 Act also takes the opportunity to address section 1(1)(e) and 1(3) of the Act dealing with other, actually maintained, applicants. In consequence the definition of applicants under s(1)(1)(e) is (indirectly) slightly amended. As the Act stood section 1(1)(e) applicants were required to prove that

“…the deceased was, otherwise than for full valuable consideration, making a substantial contribution towards that person’s reasonable needs…”.

That phrase “otherwise than for full valuable consideration” had proven problematic (see e.g. King v Dubrey [2014] All ER (D) 24 (Jul)) giving rise to an unattractive and usually rather sterile “balance sheet” analyses of even purely domestic arrangements. Hence the words “otherwise than for full valuable consideration” are replaced by a narrower exclusion of contributions made for “full valuable consideration pursuant to an arrangement of a commercial nature”. This should continue to exclude paid carers, nannies, au pairs and the like while allowing family members and others to whom the deceased was close to claim where there was a flow of benefit in each direction (e.g. provision of care one way and provision of accommodation and “pocket money” the other as was the case in King above).

Further such applicants will no longer have to demonstrate that the deceased had expressly “assumed responsibility” for their maintenance. Rather section 3(2) is now divided into two distinct enquiries. The court must have regard:

(a)       to the length of time for which and basis on which the deceased maintained the applicant, and to the extent of the contribution made by way of maintenance

(b)       to whether and, if so, to what extent the deceased assumed responsibility for the maintenance of the applicant.”

This removes what many have long regarded as the undesirable pollution of s1(1)(e) by the requirement of an assumption of maintenance. Per the Court of Appeal in Baynes v Hedger [2009] EWCA Civ 374: “That such an assumption of responsibility is a necessary ingredient of a person entitled to claim under s.1(1)(e) was pointed out by Sir Robert Megarry V-C in Re Beaumont and accepted, as counsel for Hetty conceded, by the Court of Appeal in Jelley v Iliffe”.

Such an amendment brings the “assumption of responsibility” into sharp focus. Its absence can, in and of itself, clearly no longer defeat a claim but its presence will nearly always be a powerful supporting feature – although it might also be a limiting factor where the assumption was expressly limited in time, amount or purpose.

Just as claims under section 1(1)(d) were often denoted by the convenient shorthand “step-children” those under s1(1)(ba) were usually termed “cohabitees”. The recent case of Kaur v Dhaliwal & Ors. [2014] EWHC 1991 (Ch) demands that shorthand be used with a degree of circumspection. It has long been established that the absence of a Claimant from a quasi-matrimonial home if serving in the armed forces or in hospital or care does not prevent them continuing to reside in the same “household” for the purposes of the Act. On difficult facts, where a potential Claimant had left her home after alleged domestic violence, the Court of Appeal were prepared to extend this principle in In re Dix (deceased) [2004] 1 WLR 1399 to cover a period of separation immediately before death where the relationship between the couple continued.

On fairly extraordinary facts in Kaur (the deceased was accused of his first wife’s manslaughter, acquitted and endured an appeal to the Court of Appeal on behalf of the prosecution) a break of about 9 months in the parties’ cohabitation (in different properties pre- and post-separation) was deemed not to be a bar to them continuing to live in the same “household” where  their “qualifying relationship” continued unabated throughout. It certainly helped in that case that they were engaged throughout and worked together every day but there is undoubted potential in the judgment for a further expansion of the concept of living in the “household”. The focus, more than ever, is on the quality of the relationship rather than its geography. 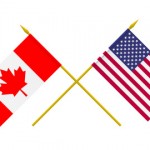 Protecting shareholders or their estate representatives from liability & fraudProbate

Book Review: Probate Disputes and RemediesBook Reviews for Private Client practitioners, Probate
This website uses cookies for functionality and to help us to improve the experience of the website. By continuing to use this website, you accept their use or you can also change your personal settings.