Capacity to Make a Will – The True Test

After seven years of uncertainty there finally seems to be a definitive answer as to whether the correct test for capacity in relation to making a Will is the traditional common law test of Banks v Goodfellow or the test under the Mental Capacity Act 2005. 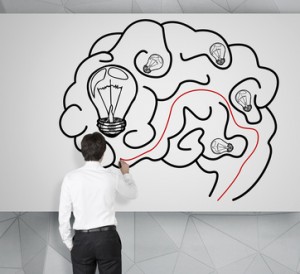 The common law test comes from the oft-cited judgment of Cockburn CJ in Banks v Goodfellow where he holds that:

“It is essential to the exercise of [the power to make a Will] that a testator shall understand the nature of the act and its effects; shall understand the extent of the property of which he is disposing; shall be able to comprehend and appreciate the claims to which he ought to give effect; and with a view to the latter object, that no disorder of the mind shall poison his affections, pervert his sense of right, or prevent the exercise of his natural faculties—that no insane delusion shall influence his will in disposing of his property and bring about a disposal of it which, if the mind had been sound, would not have been made.”  (1869-1870) LR 5 QB 549 at 565

This test stood unchallenged for over a hundred years and became a central part of probate law. Then came the Mental Capacity Act 2005. It contained a different (in form at least) test for capacity. The test is contained at sections 1 – 3. The relevant part of these sections state:

2 (1) For the purposes of this Act, a person lacks capacity in relation to a matter if at the material time he is unable to make a decision for himself in relation to the matter because of an impairment of, or a disturbance in the functioning of, the mind or the brain…

3 (1) For the purposes of Section 2, a person is unable to make a decision for himself if he is unable:

(a) to understand the information relevant to the decision,

(b) to retain that information,

(c) to use or weigh that information as part of the process of making the decision, or

(d) to communicate his decision (whether by talking, using sign language or any other means)”

Following the coming into force of this Act there was widespread confusion and uncertainty as to its effect in relation to a challenge to a Will on lack of capacity. Since then the position has been uncertain. Both judges and legal commentators were guilty of avoiding answering the question. Judges were sometimes able to avoid dealing with the question by holding that as the Will being challenged was made before the Act came into force (1 April 2007) the Act did not apply and the common law test prevailed: Perrins v Holland [2009] EWHC 1945 (Ch).

The general attitude of the leading textbooks was to take the view that the Act had replaced the common law test but suggest that it largely codified the common law test. The idea that the Act was now the correct starting place for questions of capacity was also supported by dicta in cases such as Perrins v Holland [2009] EWHC 1945 (Ch), Fischer v Diffley [2013] EWHC 4567 and Bray v Pearce (6 March 2013). However, in none of these cases was the matter fully argued before the court and therefore probate practitioners were left in a state of uncertainty.

In Walker Nicholas Strauss QC gave a commendable judgment in which, in contrast to previous judges, he dealt directly with the issue as to the which is the correct test to apply and gave a clear and certain answer.

While others had eschewed dealing with this question on the basis that it did not matter which test was applied as in all likelihood the result would be the same Strauss QC made clear that this was unacceptable. There were important differences between the two tests and the “compromise solution” of saying the Act was just a modern restatement of the common law was not available.

Strauss QC suggested that there were three potential differences between the two tests:

After considering in detail the tests and the dicta from relevant case law and leading textbooks Strauss QC concluded that:

“the correct and only test for testamentary capacity, where what is in issue is the validity of the Will executed by the deceased, is the common law test set out in Banks”

He held that while the Act applied where there was a question of whether a living person lacked capacity the Act was not intended to, and did not, govern the question of capacity of whether a deceased testator had capacity when he made his Will.

Strauss QC’s decision is not free from problems. Firstly, while it was the first time the matter was fully argued before a court his decision is against the weight of dicta in cases and commentary in the legal textbooks. Secondly, and more significantly, it results in their being two different tests for capacity – one for a person who is alive and one for a person who is deceased. In theory a person could be held to lack capacity during their lifetime such that the Court of Protection makes a statutory Will on their behalf but then, post-death, be held to have had capacity to make a Will themselves after the execution of the statutory Will and have this Will upheld instead of the statutory Will. Such a situation seems undesirable.

However, notwithstanding these issues, I highly commend Strauss QC’s judgment. He dealt with the issue directly and came to a clear and definitive conclusion. While the potential existence of two different tests for capacity is not ideal Strauss QC is correct to say that the two tests cover two separate regimes. This is shown by the considerations behind the making of the Will in each case. Ordinarily a testator is free (broadly speaking) to make any Will they choose regardless of whether it is in their best interests. However, under the statutory regime when a Statutory Will is made for a living testator the aim is to make a Will which is in their best interests and not the Will they would have made if they had capacity.

Overall Strauss QC examined the question in detail, looked at all the relevant authority and came to what I believe is the correct (and most practical) result.

The decision in Walker v Walker is very recent. In the future others may seek to have the decision overruled. While a challenge may be possible my view is that such challenge would be unsuccessful. The common law test of Banks v Goodfellow is clearly the most appropriate test in relation to capacity of a now deceased testator. The Mental Capacity Act must be construed in its context and with regard to what it was intended to achieve. Its focus was on providing for the living who may have lost capacity, not on the question of the validity of Wills already made.

Re Beaney is still the test for capacity to make lifetime gifts; not MCA 2005Elderly/Vulnerable Client, Probate, Wills

Statutory Will – Re Meek [2014] WTLR 1155; [2014] EWCOP 1Wills
This website uses cookies for functionality and to help us to improve the experience of the website. By continuing to use this website, you accept their use or you can also change your personal settings.