This is a case, on a request by the settlor, to rescind a settlement which was made using funds transferred to him by his spouse. The request is made on the basis that both the settlor and his spouse were under the mistaken belief that they could continue to benefit from the funds in the settlement without creating a gift with reservation of benefit.

Mr Wright used his bank to create a discretionary trust with £10 on 20 August 2012 in which he appointed National Westminster Bank plc as trustee. It was in a fairly standard form with the beneficiaries described as ‘the widow of the settlor, children and remoter issue of the settlor’. There was a power to add beneficiaries to the settlement but clause 3(c) said that this power should not be exercised to add the settlor or any person who should previously have added property to the trust fund or the spouse for the time being of the settlor.

The settlement provided for the application of income during the trust period but made it clear that any such powers of application or appointment were not to be used to benefit, directly or indirectly, the settlor or any person who had previously added property to the trust fund or the spouse for the time being of the settlor.

There was a letter of wishes giving guidance to the trustee from Mr Wright in which he said his aim was to provide for his family in a tax-efficient manner with the hope of saving IHT on his death. He asked for the income to be re-invested and following his death he would like the trustee to apply the income and capital for the benefit of his wife and meet her general needs despite saying earlier in the letter that the beneficiaries of the fund should be his wife and four children.

In the event Mrs Wright made a National Westminster Bank standard Deed of Gift to Mr Wright of £324,990 in cash/investments. These investments were in Mrs Wright’s name as a result of the sale of Bayliss Transport when Mr Wright obtained a substantial capital sum and also the entitlement to receive redeemable loan stock payments. He used the money to create two similar portfolios with the Bank, of which Mrs Wright’s was the larger, reflecting a desire to equalise their respective estates.

The loan stock repayments were treated as part of the couple’s disposable income until they were to come to an end in 2012. This would reduce the amount of income they had to live on and Mr Wright did not wish to take pension income because although then aged 66 he wanted his pension to grow until he was 70 to improve the likely return. However, he wanted to maintain their income in the interim.

The suggestion for the discretionary trust came from a bank employee and he was said to have confirmed that whilst Mr Wright could not benefit from the trust’s income Mrs Wright could and this would supplement their joint income.

However, the effect of the wording of the discretionary trust was that Mrs Wright, as spouse of the settlor, would not be able to receive from the trust during Mr Wright’s lifetime. Neither, though, would she be able to benefit after his death since she had contributed to the trust fund.

Mr & Mrs Wright argued that they had no proper understanding of the documentation. The Bank’s explanatory letter said:

“Whilst you appreciate that for a gift to be valid you cannot have any call on either the income or the capital, you would nevertheless like to have a degree of influence over the distribution and allocation of the assets during your lifetime.”

Mr Wright thought that meant that they could ask the trustee to exercise its discretion and pay Mrs Wright income during Mr Wright’s lifetime. Mr Wright also argued that at the meeting with the bank employee when the settlement deed was signed he raised again the question of the income and sought reassurance that Mrs Wright would be able to use the trust income, which assurance was forthcoming. No mention was made of the fact that she would only be able to benefit from it after his death and only then if she had not contributed to the trust fund.

The Wrights applied to rescind the discretionary trust. There was no objection from their children, the Bank or HMRC.

Mr Justice Norris indicated that even though the application was unopposed the court has to be satisfied that it was appropriate to make the order requested. There were a number of value judgments to be made on several discrete matters as to whether it would be unconscionable or unjust to leave the mistake uncorrected:

Mr Justice Norris reviewed the evidence of Mr Wright but indicated he was required to take a stringent approach to it in cases of unilateral mistake. There was independent evidence to support the mis-understanding from a financial adviser to whom Mr Wright turned within months of creating the trust. She was able to confirm that Mr Wright was under the impression that both he and his wife could benefit from the trust income. It was also clear that the bank’s scheme was not implemented in line with its own recommendations in that certain of Mrs Wright’s portfolio was liquidated and the cash transferred to the trust account. Only £23,283 was actually transferred to Mr Wright’s account before being added to the trust.

As a result Mr Justice Norris was satisfied that Mr Wright made a grave mistake when he constituted the settlement believing incorrectly that they could rely on the income from the trust to supplement their income pending receipt of his pension at age 70. It was unfair to insist on the funds remaining in the settlement – it would be unconscionable given the explicit and apparent mistake as to the nature and effect of the transaction.

The settlement was set aside and the deed of trust was declared ineffective. As a result Mr & Mrs Wright had to undertake to forthwith submit corrective tax returns to HMRC to reflect the fact that the income of the trust was in fact their income. The bank would have to recover any tax which it paid on the income as trustee. 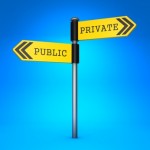 Privacy and Trust Claims – are hearings held in private coming to an end?Trusts

FATCA – what do you need to do next?Gill's Blog, Trusts
This website uses cookies for functionality and to help us to improve the experience of the website. By continuing to use this website, you accept their use or you can also change your personal settings.