The expanding (and contracting) nature of nil-rate band gifts 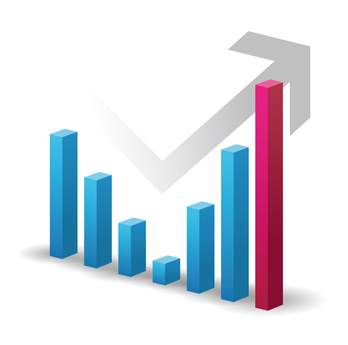 The facts and decision

Valerie Smith died on 1st September 2011 survived by three children and two grandchildren. Her net estate was valued at c.£680,000. Over 10 years before her death and 7 years before so-called ‘transferable nil-rate bands’ were introduced by the Finance Act 2008, Mrs Smith made a will on 2nd February 2001 by which she appointed two of her children as her executors and left the bulk of her estate as follows:

Asplin J held that it was and the Court of Appeal unanimously agreed – although two of their lordships indicated they had not found the question raised by the appeal entirely easy.

The decision is a useful reminder that any gift which is defined by reference to the IHT nil rate band in force at the testator’s death is a gift of a variable – and thus to some extent uncertain – amount. Given the historical evolution of the nil rate band threshold since IHT replaced capital transfer tax in 1986, it is easy (and understandable) to assume when drafting a will that the nil rate band will continue to steadily increase. However, it should be remembered that this is by no means guaranteed.

For instance, although the nil rate band threshold was gradually increased by between £3,000 and £13,000 each year between the 1997/8 and 2009/10 tax years, it has remained frozen at £325,000 since 6th April 2009 and is likely to remain frozen at that level until 5th April 2018. Moreover, unlikely though this may seem, it is perfectly possible for a future government to reduce the nil rate band threshold, or even eliminate it altogether.

Conversely, a sudden dramatic increase in the nil rate band threshold (which the Conservatives have repeatedly indicated they wish to make by raising it from £325,000 to £1m) could also have significant – and not necessarily universally positive – consequences for nil rate band gifts. For example, a 75-year-old testator who has two adult children from his first marriage and a second wife who is younger than him may wish to make some provision for all three in his will by making a significant cash gift to his children and leaving the bulk of his estate, including the matrimonial home, to his second wife. If his estate is worth £1.2m and comprises a matrimonial home worth £700,000 and £500,000 worth of savings and investments, the testator may think that a tax-efficient way of giving effect to his intentions is to make a nil rate band (and thus IHT-free) gift to his children and leave the residue of his estate to his second wife (a gift which will also be IHT-free as a result of the spouse exemption). If future increases in the nil rate band threshold are gradual and the threshold has become, say, £400,000 by the date of the testator’s death, the outcome is likely to be consistent with his intentions: his children will receive £400,000 (the nil rate band gift) and his second wife will receive the matrimonial home and £100,000 of savings (the gift of residue). However, if the nil rate band threshold is increased to £1m by the date of his death, then his children will receive £1m and his second wife only £200,000, which may be far from what the testator intended and could invite a claim under the Inheritance (Provision for Family and Dependants) Act 1975.

It is suggested that it is important for advisors to carefully explain these uncertainties to testators who are considering making a nil rate band gift in their will, especially where (as in Loring) the nil rate band gift is the only provision that is being made for the testator’s family. In particular, some thought should be given as to who will bear the consequences of a change in the nil rate band and whether the testator is content to take the risk of a change, or whether he prefers to reduce or eliminate it by, for example, making a pecuniary legacy of a specified amount or a specific gift of a particular asset.  Care should also be taken in the drafting of any nil rate band gift to ensure clarity e.g. as to whether the testator wants his executors to make a claim under s.8A or not.  Testators should be advised that the evolving nature of the nil rate band is another reason why wills should be reviewed regularly. 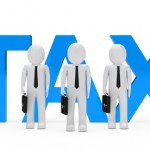 How to avoid a tax enquiryPractice Management, Tax

Principal Private Residence relief – the importance of ‘status’Tax
This website uses cookies for functionality and to help us to improve the experience of the website. By continuing to use this website, you accept their use or you can also change your personal settings.