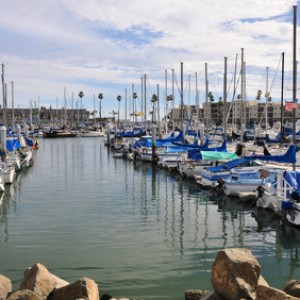 There have been two cases of yacht chartering that have recently made loss claims and then come under HMRC attack, with mixed results. In A Salmon (TC3789) the taxpayer lost over the question of “active involvement” in ITA 2007, whereas in Beacon Estates (TC03808) the taxpayer won, having demonstrated the realistic possibility of recording a profit.

In the Salmon case, the taxpayer bought a yacht which he hired to customers. In his tax return, he said he was in the yacht chartering and skippering business, and claimed losses arising from capital allowances against his other income. He was unaware that ITA 2007, s75 precluded such losses being used in this way unless he spent at least half his time carrying on the trade.

HMRC raised discovery assessments (TMA 1970, s29) to recover the tax when they realised that the taxpayer did not meet the requirements of s75. The taxpayer appealed, saying the return contained sufficient information for HMRC to have realised the incorrect claim in due time. His description of his business as chartering and skippering made it clear that there were two separate activities. This should have led HMRC to note that one activity, chartering, involved the mainly passive letting out a yacht on a bareboat basis, and therefore could not have satisfied the conditions in s75.

The First-tier Tribunal (FTT) disagreed that the description should automatically have indicated the business was bareboat chartering. It was not unreasonable for HMRC, from the business description, to have assumed that the taxpayer met the active involvement test. An inspector would have had to ask for more information to know there was an underpayment. Furthermore, s75 was “of fairly limited relevance”, used mainly in the context of hobby farming, and it was “unrealistic to assume that the average inspector should be assumed to have been aware of it”. HMRC were entitled to raise a discovery assessment and the taxpayer’s appeal was dismissed.

In the second case, the FTT was asked to consider whether a business was being carried on commercially in Beacon Estates (Chepstow) Limited v HMRC TC03808.

The company carried on a yacht chartering business and had a number of difficulties that gave rise to losses. In considering whether those losses were eligible for relief, it was necessary to determine whether s393A, Income and Corporation Taxes Act 1988 (now s44, Corporation Tax Act 2010) applied – both express the same test that the trade must be carried on “on a commercial basis and with a view to the making of a profit in the trade or so as to afford a reasonable expectation of making such a profit”.

A View to making a Profit

The tribunal said that “with a view to the making of a profit” should be interpreted to mean “allow a realistic possibility of making a profit”, thereby importing an objective element directly into the test.

Applying this test to the facts of the case, the tribunal decided there was a realistic possibility or reasonable expectation of the company making a profit from its chartering activities and the losses were thus allowed.

Shown in conjunction with other recent cases, including Glapwell, Murray and Thorne, the key element has been the ability to provide evidence to prove that a profit motive existed, usually via a business plan. It is fair to say that it must be assumed that all loss claims will be questioned by HMRC and answers must be at the ready if required. 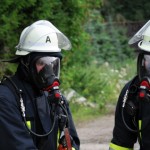 The proposed Inheritance Tax exemption for emergency services personnel Tax
This website uses cookies for functionality and to help us to improve the experience of the website. By continuing to use this website, you accept their use or you can also change your personal settings.