Trusts within the relevant property regime are subject to Inheritance Tax (IHT) charges on creation, every ten years and when assets leave the trust. This case explores whether in calculating the 10 yearly periodic charges it is necessary to include the proceeds of sale of ordinary shares issued by way of scrip dividend on the assumption that these scrip dividends are capital as a matter of general trust law.

The J P Gilchrist 1993 Settlement was made on 17 May 1993 between Mr Gilchrist and Abacus Trust Company (Isle of Man) Limited. Originally, Mr Gilchrist was entitled to a life interest in the whole of the trust fund but by deed of appointment dated 4 June 1993 the trustees appointed 20% of the trust fund on discretionary trusts for the benefit of other members of his family and he and his wife were permanently removed from benefiting from the appointed fund. Following the appointment, Mr Gilchrist made a further gift of £44,000 to the 1993 trust of which 20% was held upon the trusts of the appointed fund.

The funds in the trust were used to contribute funds to Whitecroft Limited, a Manx incorporated company limited by guarantee, and it in turn subscribed for £44,000 of ordinary 10p shares in Leyland Truck Manufacturing Limited which subsequently became Kepacourt Limited, a holding company for the management buy-out of Leyland Trucks. Whitecroft owned just under 25% of the issued share capital of Kepacourt.

In April 1998, as part of an arrangement to reduce CGT on the sale of issued share capital in Kepacourt, the trustees entered into a scrip dividend scheme. In relation to the scrip dividend shares allocated to the appointed fund the trustees treated their value as income for the purposes of income tax but argued that this deemed income was not subject to the rate applicable to trusts because the scrip dividend shares and their proceeds were trust capital and as deemed income only were not income which is to be accumulated or which is payable at the discretion of the trustees as required by s.686 (2)(a) ICTA 1988.

Following the decision in Pierce v Wood [2009] EWHC 3225 the trustees changed their mind and determined that the scrip dividend shares and their proceeds should have been regarded as income and not capital of the trust. As a result they made a claim to recover the overpaid IHT.

If the scrip dividend proceeds were income for trust law purposes at the time of the 10 year anniversary it was agreed that their value should not have been included in calculating the value of the charge since the definition of ‘relevant property’ for the purposes of s.64 IHTA 1984 does not include money or property which is income for trust law purposes, unless such income has been accumulated and added to capital prior to the date of the chargeable event.

The parties agreed that neither the scrip dividend nor their proceeds had been accumulated as at the date of the 10 year anniversary.

If the scrip dividend proceeds were capital at that date in any event for trust law purposes then their value was properly included in the valuation of relevant property and the 10 year charge was correctly calculated so that the appeal fails.

The Trustee of the settlement argued that s.249(6) did have the effect of treating the scrip dividend shares as income on the basis of the cases Howell v Trippier [2004] EWCA Civ 885 and Pierce v Wood [2009] EWHC 3225. HMRC rejected this argument on the basis that they denied that Howell v Trippier decided that the actual scrip dividend shares should be treated as income for trust purposes and also that Pierce v Wood was wrongly decided.

In SP 8/86 HMRC accepts that property which comprises trust income for the purposes of the general law of trusts is outside the scope of ‘relevant property’ unless such income is accumulated or distributed, whether or not there is a qualifying interest in possession held by a beneficiary.

Reference was made to the interpretation of s.249(6) ICTA 1988 in Howell v Trippier:

“….s.249(6)(a) requires one to ‘ascertain’ the amount of income which, had the bonus shares been issued to an individual, that individual would have been deemed to have received pursuant to s.249(4) and s.251. That sum would, in the present case, be the value of the bonus shares as at their date of issue, grossed up by reference to the Schedule F ordinary rate. By virtue of s.249(6)(b), that grossed-up amount is ‘treated as having arisen to the trustees’ on the date of the issue of the bonus shares.”

The Tribunal considered the proper approach to deeming provisions – which is to give them their ordinary and natural meaning consistent so far as possible with the policy of the Act and purposes of the provisions so far as such policy and purposes can be ascertained unless this approach leads to absurdity or injustice.

The Tribunal concluded that the deeming provisions in s.249(6) ICTA 1988 did not extend to general trust law or to other tax statutes. They argued that if the provisions did have the ability to override all settlement deeds and affected other statutes it would have needed to be explicit. Usually, if the intention in an Act is to extend its impact to other statutes then this is usually achieved by reference to ‘the Taxes Acts’ or something similar. Without such words the Tribunal felt that the deeming provisions would be confined to the Act in which they were placed.

The Tribunal also felt that if the deeming provisions extended to the general trust law it would give rise to practical problems given the need to determine for income tax purposes the appropriate value in cash terms of the scrip dividend. If that value is less than the trustees actually receive the excess over its deemed value for income tax purposes must surely be capital. This would produce an odd result in that the majority of the dividend would be deemed to be income and the balance would be capital. Equally, if the determination was the other way around and the trustees actually received less value than the deemed amount of income, how would they account for a difference which they had never received?

The Tribunal emphasised that Lord Neuberger in Howell v Trippier was considering the deeming provisions for the purposes of whether the value was subject to the rate applicable to trusts and not for any other purpose, such as IHT charges. However, the High Court in Pierce v Wood expressly held that:

“… the effect of the Court of Appeal’s decision in Howell v Trippier is that s.249(6) ICTA 1988 is to be construed as treating a scrip dividend received by trustees as income in their hands for the purposes of trust law as well as for income tax purposes.”

The Pierce case was identical to the present case – the settlors were shareholders in Leyland Trucks and they settled some of their shares on trust. The same counsel acted and advised in the same way as this case. HMRC were invited to be joined in proceedings but they declined giving only written submissions to the court. The letter expressed the view that the court’s ruling would not set a binding precedent and reserved their rights in any future case.

The Tribunal determined that the Upper Tribunal is not bound by previous decisions of the High Court and that it would therefore not follow Pierce v Wood as that decision was wrong. It was satisfied that the Court of Appeal decision in Howell v Trippier did not hold that the deeming effect of s.249(6) ICTA 1988 applied for the purposes of trust law in general or indeed for any purpose outside ICTA.

Therefore, in dismissing the trustee’s appeal, the Tribunal held that the scrip dividend shares and their proceeds of sale were, both for general trust purposes and for the purposes of IHT, capital of the settlement.

This is a useful case in that it examines how deeming provisions work and their limitations. It also reveals the effect of the differences between tax law and trust law which could mean that the same monetary value is taxed twice – here the scrip dividend proceeds were deemed to be income and therefore subject to income tax at the higher rate at the time of receipt and also subsequently they were liable to IHT at the time of the relevant property regime 10 yearly charge being actually capital of the fund. 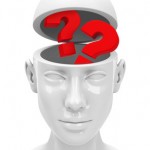 Does the other side have capacity to conduct proceedings?Comment 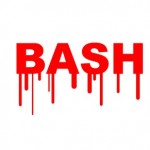 Are you protected from Shellshock?Comment
This website uses cookies for functionality and to help us to improve the experience of the website. By continuing to use this website, you accept their use or you can also change your personal settings.