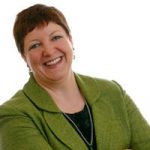 This note is only an aide memoire of the changes to the intestacy rules and does not cover the amendments to the Inheritance (Family & Dependents) Act 1975 nor the trust changes which are included in courses offered by LawSkills Ltd.

You may be surprised to learn that our concept of intestate provision goes back at least to King Canute where in his laws it is said:

“And if any one depart this life intestate, be it through his neglect, be it through sudden death; then let not the lord draw more from his property than his lawful heriot. And according to his direction, let the property be distributed very justly to the wife and children and relations, to everyone according to the proportion that is his due.”

The origin of the Inheritance & Trustees’ Powers Act 2014 (I&TPA 2014) is a little more recent. It can be found in the work of the Law Commission and was included in their report dated 13 December 2011 on Intestacy & Family Provision Claims on death. The I&TPA 2014 is the coming to fruition of the Commission’s non-contentious proposals. It has a modest 12 sections and four schedules and will affect the administration of estates, both testate and intestate, and the drafting of Wills and trusts.

The ITPA 2014 gained Royal Assent on 14 May 2014 but came into force on 1 October 2014. For deaths on or after 1 October 2014 the new provisions will apply subject to any specific override in any Will.

Division between spouse and issue

s.1 I&TPA 2014 amends the entitlement of a surviving spouse or civil partner in two situations on intestacy. It changes s.46 Administration of Estates Act 1925 but it does not alter:

If the intestate leaves no issue

To reflect the position that most members of the public think applies already s.46 Administration of Estates Act 1925 is amended so that the residuary estate of the deceased shall be held in trust for the surviving spouse or civil partner absolutely.

This removes the intestate’s parents and siblings from consideration.

If the intestate leaves issue

S.46 Administration of Estates Act 1925 is amended as follows:

The surviving spouse or civil partner shall take:

These changes remove the complexity of a life interest for the spouse or civil partner.

How much is the statutory legacy?

The table in s.46(1)(i) Administration of Estates Act 1925 provides for what we know as ‘the statutory legacy’. In the table it is called “the fixed net sum”. Historically, this has been increased by statutory instrument at infrequent intervals. It was left a shocking period before it was last updated. Everyone will agree that this is not a sensible way of increasing its value, a failure to do so often gives rise to hardship because of inflation.

The amount of the ‘fixed net sum’ is determined in accordance with Schedule 1A to the Administration of Estates Act 1925.

The Lord Chancellor is required to make an order setting the fixed net sum if the Consumer Prices Index (CPI) has risen more than 15% within 21 days of the CPI figures being published. He is also obliged to make an order at least every five years.

This means the amount of the fixed net sum will be updated more frequently than has been the case in recent years.

What are personal chattels?

“personal chattels” means tangible movable property, other than any such property which

1 – means cash is not a personal chattel and this was the case in the old definitions.

3 – is a new narrow exception which may prove tricky in practice. On balance, the new wording is probably acceptable save in relation to particularly valuable personal chattels like works of art or stamp collections when the above is somewhat problematical – are they to be regarded as included in a general gift of ‘personal chattels’ (which on the above would only be the case if they are not held solely as an investment) or are they to fall into residue (i.e. they were held solely as an investment). What if they were solely acquired as an investment but over time retained also for pleasure?  The moral of the story would be to make a specific gift of any items where it is unclear whether they are being held just as an investment.

Bearing in mind that s.55(1)(ix) Administration of Estates Act 1925 is widely used as the definition of ‘personal chattels’ in precedents for Wills you need to consider if you wish to use this replacement definition or not in your Wills. If you do not, then you will need to remove from your precedent reference to s.55 from 1 October 2014 and create and use your own clause or set out the old wording if that is what you prefer.

S.3(2) ITPA 2014 says that if a Will or codicil contains reference to personal chattels defined in s.55 (ix) Administration of Estates Act 1925 then unless a contrary intention appears in the Will or codicil the wording in s.3(1) ITPA 2014 applies for Wills & codicils executed on or after 1 October 2014.

Who are included as ‘children’ of the intestate?

s.4 I&TPA 2014 concerns the rights of an adopted child to inherit the estate of a parent who has died before the adoption.

It deals with adopted children adopted on or after 1 October 2014. It ensures that children who are adopted after the death of a parent do not lose their entitlement to share in that deceased person’s estate because of the adoption – a factor which is often apparently overlooked in the adoption process.

The general rule is that after adoption the child is regarded for all purposes as the legal child of the adopter or adopters and has no other legal parents. There is an exception to this rule in s.69(4) Adoption & Children Act 2002 which provides that a child whose interests are already vested in possession are not affected by adoption i.e. an unconditional gift. To this is now added:

That is, a contingency will not prevent the adopted child benefitting even though the contingency is yet to be achieved e.g. they must be 18 but the child is only 16 at the parent’s death.

The amendment still leaves a gap though – if X is given a life interest and the remainder of the estate is left to Y if they attain 25 then if X survives the intestate Y’s gift is both in remainder (not possession) and contingent and so is lost on adoption.

S.5 ITPA 2014 amends s.18 Family Law Reform Act 1987 by adding after subsection (2) an additional subsection (2ZA) which provides for a situation where a person whose mother and father were not married to each other dies intestate.

This allows the administrators of the child’s estate to presume the father has also died in circumstances where the identity of the father is unknown. However, the presumption does not apply where the father is named on the deceased’s birth certificate or equivalent official birth record

Inheritance Tax – a consultation on a fairer way of calculating trust charges or an unfair way of changing the law?Gill's Blog

Has FATCA revealed your firm should have a trust corporation?Gill's Blog, Trusts
This website uses cookies for functionality and to help us to improve the experience of the website. By continuing to use this website, you accept their use or you can also change your personal settings.