Does the other side have capacity to conduct proceedings? 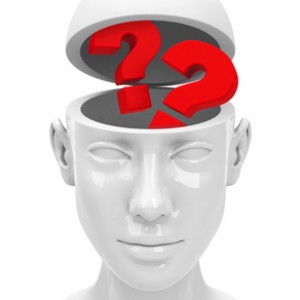 What is the test to determine whether a party lacks mental capacity to conduct proceedings on his own behalf and thus whether he is required to have a litigation friend by CPR Part 21? And what is the status of an agreement apparently compromising proceedings which a party purportedly entered into at a time when, unbeknownst to the opposing party, he lacked mental capacity to conduct proceedings? These difficult and important questions were considered and answered by the Supreme Court in March this year.

On 25th June 1999 the defendant, Mr Burgin, whilst driving his motorbike collided with the claimant, Mrs Dunhill, a pedestrian who was crossing the road. Mrs Dunhill suffered a severe closed head injury. On 13th May 2002, shortly before the expiry of the relevant limitation period, she issued a claim for damages for personal injury against Mr Burgin by which she sought general damages for pain, suffering and loss of amenity and special damages. She complained that she was still suffering from a complete loss of the senses of smell and taste, some hearing loss, forgetfulness, headaches, personality change, low moods and tearfulness, anxiety, mood swings, occasional suicidal ideation and self-mutilation. Her total claim was limited to £50,000 and was supported by two reports from a consultant surgeon. Mr Burgin denied liability and in the alternative alleged contributory negligence.

Mrs Dunhill’s claim came on for trial in the county court on 7th January 2003. Mrs Dunhill attended court accompanied by a mental health advocate and was represented by a trainee solicitor and by counsel. One of her witnesses did not attend court and settlement negotiations took place at court which resulted in Mrs Dunhill accepting in settlement of her claim a lump sum of £12,500 payable within 21 days plus costs (to be assessed if not agreed). A consent order to that effect was signed by both counsel and placed before the trial judge (albeit as a courtesy rather than to seek the court’s approval of its terms).

It subsequently transpired that Mrs Dunhill’s claim had been grossly undervalued: the advisers representing the parties before the Supreme Court indicated that her claim was likely to be worth between £800,000 and £2m on a full liability basis.

In July 2006 Mrs Dunhill instructed new solicitors. In December 2008 professional negligence proceedings were issued by a litigation friend acting on Mrs Dunhill’s behalf against her former legal advisers. Those proceedings were then stayed and on 11th February 2009 Mrs Dunhill’s litigation friend made an application in the earlier personal injury proceedings – which had been purportedly compromised 6 years previously – seeking a declaration that Mrs Dunhill had lacked mental capacity at the time of the purported consent order on 7th January 2003, an order that the purported consent order be set aside and directions to trial (so-called ‘Masterman-Lister’ proceedings following Masterman-Lister v Brutton & Co (Nos 1 & 2) [2002] EWCA Civ 1889).

Silber J decided that the test had to be applied to the proceedings as they had actually been brought. The question was therefore whether Mrs Dunhill had had sufficient mental capacity to accept the sum which had been offered to her on 7th January 2003 and Silber J held that on the evidence the presumption of capacity had not been rebutted and that therefore Mrs Dunhill had had mental capacity. As a result, issue (ii) did not arise.

Mrs Dunhill appealed to the Court of Appeal, who reversed Silber J’s decision on issue (i), holding that the test had to be applied to the larger and more complicated proceedings which Mrs Dunhill could have brought. As it was common ground that Mrs Dunhill lacked capacity to conduct the larger and more complicated proceedings, the Court of Appeal remitted the case to the High Court to decide issue (ii). On that issue Bean J held that CPR rule 21.10(1) required the consent order to be approved by the court irrespective of how matters appeared at the time and that as a result the purported settlement was void and the claim should proceed to trial. Meanwhile the Supreme Court had granted Mrs Dunhill permission to appeal the Court of Appeal’s reversal of Silber J’s decision on issue (i). Bean J with the parties’ consent certified that his decision on issue (ii) was suitable for a “leapfrog” appeal so that all relevant issues could be determined by the Supreme Court, who heard the appeal on 3rd, 4th and 5th February 2014.

The Court’s unanimous judgment was delivered by Lady Hale. On issue (i) the Supreme Court agreed with the Court of Appeal and held that the ‘proceedings’ which a party is required by CPR Part 21 to have capacity to conduct are any proceedings in respect of which the party has a cause of action, and not just the particular proceedings as framed and drafted by the party’s legal advisers:

On issue (ii) the Supreme Court held that because Mrs Dunhill had lacked capacity on 7th January 2003, the purported consent order was invalid as it has not been approved by the court as required by CPR rule 21.10. In doing so the Court rejected the argument that a settlement of a claim was the same as any other contract and was accordingly subject to the common law rule in Imperial Loan Co Ltd v Stone [1892] 1 QB 599 (as applied in Hart v O’Connor [1985] AC 1000) which provides that a contract made by a person who lacked the capacity to make it is not void but can be avoided by that person provided that the other party to the contract knew or ought to have known about the incapacity. Instead the Supreme Court held (at [30]) that CPR rule 21.10 carved a “substantial but quite specific exception” to the rule in Imperial Loan Co Ltd v Stone.

The result on the facts was that the purported settlement agreement was set aside and directions were given for the case to go to trial.

A number of interesting – and difficult – points emerge from the decision.

As so often happens, the parties do not agree on precisely how the issues should be formulated and new arguments have been introduced to bolster the decisions reached in the courts below. The defendant, in particular, has a sense of grievance at the way in which the issues and arguments have shifted over time. But in this court we have to do our best to arrive at the right result and thus to allow all relevant arguments to be deployed before us unless this would be unfair to an opposing party. There is no unfairness here. Everyone has been well aware from the outset of what the underlying questions are and each party has had sufficient time to respond to all arguments deployed.

Scrip dividends received in trustsComment
This website uses cookies for functionality and to help us to improve the experience of the website. By continuing to use this website, you accept their use or you can also change your personal settings.