Can allegedly negligent draftsmen obtain rectification without admitting a mistake 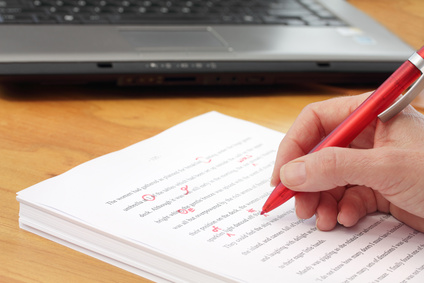 Recently, there have been a few cases concerning the rectification of deeds of variation – some before Marley v Rawlings [2014] UKS SC 2 and some after, which have raised an interesting question: whether it is possible to rectify a deed without first deciding whether it was incorrectly drafted.  In other words, can you rectify just in case?

A deed of variation allows beneficiaries of a Will (or intestacy) to rearrange the distribution of the estate in a tax-efficient manner but only if it is done within two years of the death of the deceased.  Once that period is over a deed of variation will no longer be effective for tax purposes – see s. 142 IHTA 1984 and s. 62 TCGA 1992.

This, of course means that if there is a mistake in drafting the deed of variation that emerges after the end of the two-year period, then drafting a new deed won’t always do the trick.  Where the mistake has an impact on the tax position, the only way to correct it is to apply for rectification of the deed itself. If rectification is ordered then it will ‘correct’ the deed as from when it was originally created, making it effective for tax purposes.

Rectification is a form of relief which involves “correcting a written instrument which, by a mistake in verbal expression, does not accurately reflect the [parties’] true agreement” – The Nai Genova [1984] 1 Lloyd’s Rep 353, 359. It is available not only to correct a bilateral or multilateral arrangement, such as a contract, but also a unilateral document, such as a settlement – see In re Butlin’s Settlement Trusts [1976] Ch 251. This includes a deed of variation: Ashcroft v Barnsdale [2010] WTLR 1675.  In that case HHJ Hodge QC (sitting as a judge of the High Court) held that there was sufficient evidence to the required standard of proof that there had been a common mistake between the parties and so ordered rectification of the deed of variation.

Where a mistake or a potential mistake arises, the draftsman of the deed might want to consider rectification in two circumstances – either to cure the wrong, or, if he is being sued for negligence, as part of a mitigation defence. Whilst the duty to mitigate does not normally extend to bringing new litigation, the possibility of applying to rectify a Will as part of the duty to mitigate loss in White v Jones-type claimsis not entirely unfamiliar. However, the draftsman might understandably want to cover all of his bases and so seek or suggest rectification without admitting that there is a mistake in his work.

The Court will not grant rectification unless it is satisfied that there has been a common mistake between the parties to the document.

Rectification is a discretionary remedy, which is often said to be ‘cautiously watched and jealously guarded’.  This remains true, even after Marley v Rawlings.  However, in practice, if the conditions are made out sufficiently, the Court will likely order rectification. The Court will look very closely at whether the conditions are made out. The most important condition is whether or not there was a mistake.

In Kevern v Ayres [2014] EWHC 165, the question arose whether the Court would or could order rectification without determining whether there had been a mistake. It was decided by David Donaldson QC sitting as a deputy.

Kevern v Ayres concerned a deed of variation with alleged fiscal consequences. It appears that the deed arose out of a potential inheritance dispute. The intention behind the deed of variation in Kevern was to create a short-term qualifying interest in possession in favour of the deceased’s widow which would thus qualify as an exempt transfer for inheritance tax purposes.  However, the interest in possession was stated to exist for only two years before terminating in favour of non-exempt beneficiaries. S. 142(4) Inheritance Tax Act 1984 states:

“Where a variation to which subsection (1) above applies results in property being held in trust for a person for a period which ends not more than two years after the death, this Act shall apply as if the disposition of the property that takes effect at the end of the period had had effect from the beginning of the period; …”

HMRC’s position was that the deed of variation fell foul of s. 142(4) Inheritance Tax Act 1984 (by reason that the qualifying interest in possession did not last “more than two years”) and accordingly HMRC claimed that tax was due.

A claim was brought against HMRC and one of the parties to the deed in the High Court and three points were taken to argue that tax should not be due:

HMRC adopted the position that points (a) and (b) above were in the exclusive jurisdiction of the tax appeal tribunals. On this basis and by agreement with HMRC the claimant discontinued the proceedings save as to the claim for rectification with the intention that the rectification claim be decided first.

Accordingly, the Court was asked to rectify the deed without determining whether there had been a mistake. As the Judge noted “the rectification claim presupposes that the words in the Deed did not correctly express the intentions of the parties. That depends on the meaning and effect of those words, the determination of which has also been abandoned to the tax tribunal but again only to be determined – if ever – after the decision in this action”.

“I suggested that [Counsel for the Claimant] might search for authority considering whether the court could order rectification without having established, if it was not conceded, that the change in wording was in fact required to express correctly the mistakenly recorded intentions of the parties. In a post-hearing note, he drew my attention to two cases, one in the Privy Council and the other in Australia, where courts have ordered rectification ex abundanti cautela : see Standard Portland Cement Co Pty Ltd v Good [1982] 57 ALJR 151 and Frankins Pty Ltd v Metcash Trading Ltd [2009] NSWCA 407 (where further Australian authorities are also cited). These are however cases where the court had already determined the meaning of the contract in the claimant’s favour. A court may indicate (on the belt-and-braces principle) that, if it had taken a different view on construction, it would order rectification, from which it is a small (if perhaps not wholly logical) step to making such an order. The present situation is different. The question here is rather whether, when the court has not determined that the words of the written document have failed to express the parties’ intentions — and a fortiori where no party is actively submitting that such is the case — it can order that they should be changed. For that proposition counsel for the claimant has failed to find any support in the case-law or elsewhere.”

Leon Pickering
Leon has a particular interest in private client work and has rapidly developed a considerable practice in this area, acting as both sole counsel and being led in very high value cases. His experience obtained on secondment at a leading private client firm means he regularly acts in cases of greater complexity and value than his date of call would suggest. He is often brought in to deal with complex financial issues in larger cases and regularly appears on behalf of charities in litigation over legacies.
Ten Old Square, Lincoln's Inn, London WC2A 3SU
Tel: 0207-405-0758 | Email: clerks@tenoldsquare.com
Recent Posts
Categories 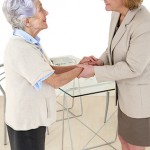 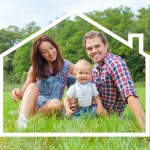 No sex please, we’re lawyers!Probate, Wills
This website uses cookies for functionality and to help us to improve the experience of the website. By continuing to use this website, you accept their use or you can also change your personal settings.