The practical difficulties following the decision in Simon v Byford

‘Elderly people should be able to leave their property as they choose even if their mental faculties are “far from being at their peak”’. Strauss 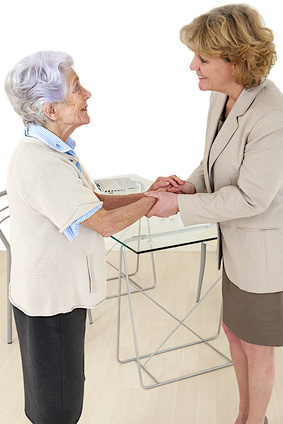 The Court of Appeal’s decision in Simon v Byford [2014] EWCA Civ 280 has arguably created some practical difficulties for the practitioner dealing with elderly clients.  The confirmation by the Court of Appeal that a testator does not have to actually remember the extent of his property to have ‘capacity to comprehend’; nor understand the collateral consequences of disposing of assets in a certain way or the significance of their assets to other people, has created a tricky path for the practitioner to navigate. Ultimately if a potential client presents as no longer being able to remember either the extent of their property or the circumstances relevant to the distribution of the same, as capacity is ‘not a memory test’ they can still have sufficient capacity to execute a valid will. To understand the Court of Appeal’s reasoning and rejection of the appellant’s case that Mrs Simon did not have testamentary capacity, it is necessary to briefly consider the facts which have been summarised in LawSkills’ article “Wills, capacity, knowledge and approval – Simon v Byford & Ors [2013] EWHC 1490“ by Laura Banks (click to be taken straight to the facts).

This centred around the second and third tests in Banks v Goodfellow:

The subtle difference between the essential requirements that a testator ‘shall understand’ the extent of the property which he is disposing but not that a testator need have ‘actual understanding’ was reemphasised by the Court of Appeal.  It is the case that while a testator must have capacity to comprehend the extent of his property Harwood v Baker (1840) 3 Moo PC 282 there is no authority that a testator must actually remember the extent of his property. By way of illustration Lewison LJ drew his own analogy with the fact that once he knew the dates of all the kings and queens of England and the formula for Hooke’s law and was ‘capable’ of remembering them. He could not now remember them but was capable of looking them up. Using this analogy and drawing on the judge’s finding (which was that Mrs Simon had not forgotten the terms of her earlier will but that she was capable of accessing and understanding the information but had chosen not to do so) he concluded that capacity was not a memory test. This subtlety presents obvious practical difficulties for the practitioner faced with an elderly client who cannot remember the extent of their estate. It is therefore for the practitioner to consider whether notwithstanding this fact, the client is nevertheless capable of accessing and understanding that information.

Stepping back it is clear that for the appellant to have succeeded on this collateral consequences argument  he would have had to have established that Mrs Simon was also required to have understood and remembered not only what her own estate was but also what Robert’s assets were. When considered in this way the flaw in the argument is obvious. The capacity test would in effect have to be extended to include a requirement that a testator should understand or remember the extent of a beneficiary’s property (in addition to their own property).  Not only does this in essence amount to the rejected ‘memory test argument’ but it would also place an unrealistic burden on the testator.

Post Hawes v Burgess [2013] EWCA Civ 94 there is of course a strong emphasis on the presumption of validity in favour of a will which is drawn up and executed at the offices of an independent and experienced solicitor. This is particularly so if it can be shown that a solicitor has read out a document drafted by them on instructions and that they have explained the content to a testator.  The difficulty in Mrs Simon’s case was arguably compounded by the fact that it was a homemade will.

In Hawes v Burgess the disputed will had been drafted by an independent solicitor who oversaw its execution.  In that case the solicitor was specifically experienced in the matter of wills and kept near contemporaneous attendance notes in which he expressed his clear views about the deceased’s capacity to make a will. While the Court of Appeal did not express a concluded view on testamentary capacity (simply having to find on the ground of want of knowledge and approval), the forceful observations of Mummery LJ and Sir Scott Baker in that case cannot be ignored and serve as obvious guidance for practitioners.

Considering both Hawes v Burgess and Simon the best way a Practitioner can in my view assist a client in reducing the prospect of a future validity argument is by: –

i)                    Keeping detailed and contemporaneous attendance notes which include a reference to the fact that the testator clearly knew that he or she was giving instructions in connection with and the preparation of a will which would deal with the distribution of their assets after their death. The attendance note should include a description of whether or not he or she participated fully in any discussion and decision making; provided information about their family circumstances; and was able to explain any reasoning. If there are difficulties for example thinking through future plans for part of the estate then this may be entirely consistent with a testator in the mild to moderate stages of dementia and a careful note should be taken.

The difficulty in Mrs Simon’s case was arguably compounded by the fact that the will was not drawn up by a solicitor and executed at a solicitors firm. If it had been and the above guidance followed then arguably the beneficiaries may have been satisfied of Mrs Simon’s knowledge and intentions and not have had recourse to litigation. 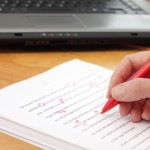 Can allegedly negligent draftsmen obtain rectification without admitting a mistakeWills
This website uses cookies for functionality and to help us to improve the experience of the website. By continuing to use this website, you accept their use or you can also change your personal settings.