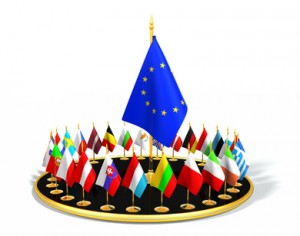 There have been many attempts to harmonise succession laws within the EU.  It is clearly a barrier to the free movement of goods/persons if probate, or the local equivalent, has to be obtained in every EU state where the deceased had assets.  When you add in the different succession laws that might apply, it is clearly a minefield and means most families will need expensive legal advice if any foreign element applies.  New rules apply from 2015.

In March 2005 the EU Commission published a Green Paper entitled “Succession and wills”. The Green Paper was intended to address the problems facing EU residents in respect of their estates.  The stated aim of the paper was to launch “a public consultation exercise in order to address the practical problems encountered by individuals in connection with succession and wills. The difficulties facing those involved in a transnational succession mostly flow from divergences in the substantive rules, the procedural rules and the conflict rules applicable in the Member States. The mobility of individuals within the European Union (EU) and the increasing number of marriages between nationals of the different Member States also influence matters relating to succession and wills.”

The paper did not propose harmonizing all Member States’ laws on succession and wills.  Indeed, given the divergence of laws within the UK, let alone within the whole of the EU, the Commission probably recognized a lost cause when it saw one.  Instead, the paper proposed the issuance of a European certificate of inheritance and registration of wills.

On 4 July 2012, the EU adopted a new law (EU Regulation 650/2012) introducing EU certificates of succession.  The intention is to permit EU nationals to choose whether to adopt the succession laws of their nationality (not domicile) or the succession laws that apply in the country where they are habitually resident.  If no choice is made, the laws of the jurisdiction where the deceased was habitually resident will apply, both to testate and intestate successions.  This law will then apply to all the deceased’s succession (throughout the EU).

The idea is that the deceased’s heirs can obtain a certificate of succession in one EU member state, stating which law applies and who inherits, and that is then accepted in all the other member states where the deceased had assets.

These new rules will come into effect from 17 August 2015.  The big problem (or advantage, depending on your point of view) is that the new rules will not apply at all in the UK, Ireland or Denmark, although the UK and Ireland retained the right to opt in later.  The reason the UK did not accept the new rules is the concern that many other EU succession laws include clawback provisions which can invalidate lifetime gifts. This could, in turn, cause uncertainty as to which assets are comprised in the estate.

It will be interesting to see if the UK decides to opt into the EU succession rules later or remains one of the minority of EU states not to apply these rules.  However, UK nationals living in another EU member state (except Ireland or Denmark) should be able to make use of these new rules from 17 August 2015.  So an English national living in France (for example) could elect for English law to apply to his or her succession, rather than the laws of France (where he or she is habitually resident).  This could be particularly useful for avoiding French forced succession rules, which would otherwise apply, particularly in relation to French property.  Many clients currently are surprised to learn that part of their jointly owned French house will pass to the deceased’s children, rather than automatically going to the surviving owner.

Clients who are living in countries where the new rules will operate (basically, anywhere in the EU except the UK, Ireland and Denmark) will also need advice.  Absent an election, the law of their habitual residence will be deemed to apply to their EU-wide assets.  Again although this won’t apply in the UK, an English national living in (say) Italy may not want Italian law to apply to all their assets outside the UK.

So whilst the new EU certificates of succession will not apply in the UK, there are many clients who will be affected by the new rules and who will need advice. 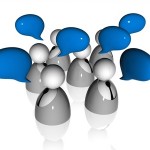 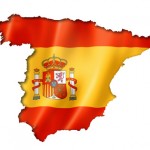 An Introduction to Spanish ProbateProbate
This website uses cookies for functionality and to help us to improve the experience of the website. By continuing to use this website, you accept their use or you can also change your personal settings.