The High Court has ruled that a person’s mental incapacity does not have the automatic and immediate effect of terminating a solicitor’s retainer. This is a case that will bring welcome relief for personal injury solicitors when conducting claims pursuant to conditional fee agreements entered into before 1 April 2013 in respect of which success fees continue to be recoverable from Defendants.

On 6th August 1999 Diann Blankley (‘the Claimant’) underwent a suction termination and laproscopic sterilisation at St Mary’s Hospital Manchester (part of the Defendant Trust) which resulted in cardio-respiratory arrest and anoxic brain damage.

In 2002 the Claimant, then a Patient of the Court acting through her father as litigation friend and funded through legal aid, brought proceedings claiming damages for the alleged negligence of the Defendant in relation to the procedure. Linder Myers (‘LM’) acted for the Claimant. The proceedings were complex and contested but in February 2005 the parties agreed that judgment be entered for the Claimant for damages to be assessed on the basis of 95% liability.

By May 2005 the Claimant had regained mental capacity and an Order was made that she could carry on the proceedings without a litigation friend. On 7th July 2005 the Legal Aid Certificate was discharged and on the 8th July 2005 the Claimant entered into a Conditional Fee Agreement with LM (‘the CFA’). There was no dispute that the CFA was valid when executed and covered all work up to 26 February 2007.

On the 9th February 2007 further assessments of the Claimant by psychiatrists determined that she no longer had mental capacity to conduct her own affairs and could not provide instructions in relation to her ongoing claim. On 26th February, an application was made to the Court of Protection to appoint Mr Cusworth, a partner in LM who specialised in trusts, as her Receiver. The Order was made with a specific provision giving the Receiver authority to conduct the proceedings on behalf of the Claimant.

On the 1st October 2007, due to s66 of the MCA 2005 coming into force, Mr Cusworth automatically became the Claimant’s Deputy and was accordingly entitled to act as her litigation friend. On the 16th July 2007 a litigation solicitor at LM sent a copy of the CFA to Mr Cusworth’s assistant informing him that the case was being conducted on a conditional fee basis and provided him with an update of the fees and rates. Mr Cusworth was given an update every six months. In February 2009 the litigation solicitor asked Mr Cusworth whether a new CFA agreement was required as he had taken over conduct of the matter. A new CFA was prepared but the signed copy could not be located.

The quantum proceeding eventually settled for £2.6 million plus costs and was approved by the Court on the 5th March 2010. LM submitted a bill of costs amounting to £387,724.42 which was subsequently amended to £372,724.42. The Defendant contested the bill of costs, contending that the CFA had automatically terminated as a result of the Claimant’s mental incapacity leaving LM without any retainer to cover some of its costs (£185,000).

The appeal regarding costs raises the question of whether a person’s mental incapacity has the automatic and immediate effect of terminating the retainer of the claimant’s solicitor. For solicitors who are conducting personal injury claims pursuant to conditional fee arrangements entered into before 1 April 2013 (where success fees continue to be recoverable from Defendants – section 44 (6) of the Legal Aid, Sentencing and Punishment of Offenders Act 2012) if such an agreement is terminated by reason of incapacity of the Claimant, this would mean that it would not be possible to replicate the effect of the original contractual arrangements between the solicitor and client. This is because success fees are not generally recoverable in respect of agreements made on or after 1 April 2013 – section 53 (A) (6) of the Courts and Legal Services Act 1990.

In the first instance Judge Harris ruled on the 8th August 2011 that as a matter of law, supervening incapacity automatically frustrates and thereby terminates a contract of retainer. He specified that he was bound by Yonge v Toynbee [1990] 1 KB 215 stating that the case ‘is clear authority that the loss of capacity in itself terminates the contractual arrangements and therefore it is necessary for the Claimants to show that the process that they entered into is one that would show the retainer was maintained’.

He also found support for the decision of Findley v Barrington Jones [2009] EWHC 90130 in which the Judge held that the effect of Yonge v Toynbee was that where a Claimant lost capacity so that he was no longer able to give instructions, the contract of retainer was at that point frustrated. Accordingly, this ruling left LM without a retainer and their own bill of costs for £185,000 which they then appealed.

In finding for the Appellant Mr Justice Phillips considered the following issues:

This was the principle point determined by the Court in reaching its decision. It was not disputed by the parties that the supervening mental incapacity of a principle had the effect of terminating the actual authority of his agent. However, the further question of whether, where an agent’s authority arises from a contract (such as a solicitor’s authority under the contract of retainer between the solicitor and his client), the termination of the principle’s authority by reason of supervening mental incapacity also has the effect of terminating the underlying contract.

In considering the point, the Court gave consideration to the usual rule that contracts entered into by a mentally incapacitated person are not void but only voidable, and only then if that person can show he was, at the time of contracting, incapable of knowing what he was doing, and that the other party was aware of the incapacity.

As a contract is not void if one party lacked mental capacity when it was made, it cannot be the case that subsequent mental incapacity would, in itself, automatically terminate the contract. Further the client’s inability to provide instructions due to incapacity did not frustrate the underlying contract of retainer particularly as the contract did not provide for the retainer to be terminated upon incapacity and the client may either have retained capacity or had a Deputy appointed. At most the loss of capacity may delay aspects of the contract being performed such as the provision of instructions but the Court found that this would not frustrate the contract.

Did the Receiver/Deputy “adopt” the CFA?

The Court considered whether, in the event that the original CFA, was frustrated by the Appellant’s incapacity the basis upon which the Appellant’s solicitors were acting following the appointment of the Deputy. The Deputy had full power and authority to conduct the proceedings on behalf of the Appellant and provided instructions to the solicitors.

The issue was whether the solicitors were acting in accordance with the original retainer, which had been adopted by the Deputy or, following the frustration of that contract, a new retainer had been entered into with the Deputy. In this case, the parties had proceeded on the basis that there was a CFA in place and there was no intention to enter into a new contract. Therefore, the Court ruled, that had it been necessary to decide the point, it would have found that the Receiver/Deputy did not implicitly enter a new CFA with the solicitors.

Were the solicitors entitled to be paid for supplying “necessary” services?

The Court considered the provisions of Section 7 of the Mental Capacity Act 2005 and the payment for the provision of necessary services to a person who lacks capacity. The Court concluded that as, after March 2007, the solicitors were instructed directly through a duly appointed and empowered Receiver/Deputy the question of “capacity” did not arise even absent a valid CFA and so Section 7 had no application.

The Respondent was estopped by convention from denying that the solicitors had authority to act for the Appellant.

The Court had already determined that the solicitors for the Appellant had been acting, through her Receiver/Deputy, with authority, whether or not a CFA remained in place. As such there was no need for them to rely on any form of estoppel to establish such authority. However the Court did find that the mere fact that an opposing party in litigation deals with solicitors without questioning their authority to act does not give rise to any form of estoppel should it subsequently come to light that the solicitors did not in fact have such authority.

The Appeal Judge upheld the first instant decision that absent any evidence a draft CFA dated March 2009 had not been executed. But in light of the decisions set out above this finding did not impact on the overall decision.

The judgment is useful for Practitioners as it confirms that a client’s intervening mental incapacity does not automatically terminate the solicitors’ retainer.

Whilst such incapacity does have the effect of removing the authority of the solicitor to act on behalf of the client who has lost capacity for the duration of that incapacity, such authority can be restored when a Deputy is appointed and provides instructions to the solicitors or otherwise if and when the Claimant regains capacity. 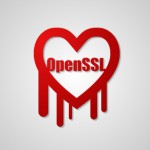 What is Heartbleed and what does it mean to you?Comment

Wills fraud & validity – what to look out forComment
This website uses cookies for functionality and to help us to improve the experience of the website. By continuing to use this website, you accept their use or you can also change your personal settings.