An Introduction to Spanish Probate 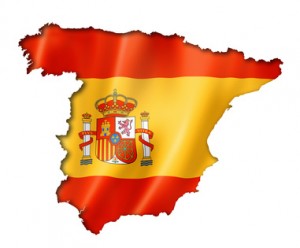 Discovering that there are Spanish assets in a non-Spanish estate gives rise to a number of issues in estate administration.

Some key points are:

If the death occurred outside Spain, then the death has to be proved to the Spanish Authorities as the first stage of the legal/ procedural work. This enables the compulsory search of the Spanish Central Wills Registry to be carried out, to establish with certainty, the presence or absence of a Spanish Will.

Generally, it is unnecessary that the legal practitioner appointed to deal with the Spanish assets is in the actual locality of the Spanish assets. Administration of Spanish estates for non-Spanish individuals is a specialised area of legal practice. So, the key factor in appointing a legal practitioner is not their actual location, but that they have the necessary dual-jurisdictional qualification and experience in dealing with the succession of Spanish estates for non- Spanish individuals.

The exact legal procedures and necessary documentation in a Spanish probate case will be determined principally by the type of Spanish assets. In some cases, a simple monetary legacy left in a Spanish Will can involve the same amount of procedural documentation and legal/ Notarial work as the succession to a Spanish property.

The regime of property ownership in Spain for multiple owners is the equivalent of tenants in common in the UK. Spain also has a forced heirship law which may-or may not- apply in dealing with the Spanish assets of non- Spanish individuals, depending on the circumstances.

A Spanish representative is generally appointed under Power of Attorney, in order to minimise  any inconvenience for beneficiaries, as the Spanish inheritance process involves a significant amount of personal attendance. Estate administrators may also need to be represented in Spain (under Power of Attorney), in addition to the beneficiaries. The form and wording of the estate legal documentation will determine this.

Having a Spanish fiscal number is obligatory for beneficiaries and sometimes for estate administrators also. Generally the NIE number can be obtained under Power of Attorney, without the need for the applicant to be personally present in Spain.

In order for beneficiaries to be able to sell registered Spanish assets, the Spanish probate process must be completed first. For relatively minor estate assets such as vehicles, this can be inconvenient, as there can be a significant delay, before a sale can be completed.

The Legal 4 Spain team is always available to provide preliminary advice on a no-obligation basis in relation to probate cases, which include Spanish assets. 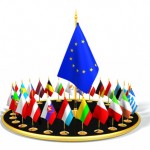 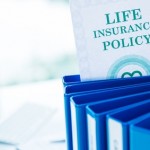 Can the proceeds of a life insurance policy be clawed back in 1975 Act claims?Probate
This website uses cookies for functionality and to help us to improve the experience of the website. By continuing to use this website, you accept their use or you can also change your personal settings.