When a failure to give tax advice will not be negligent 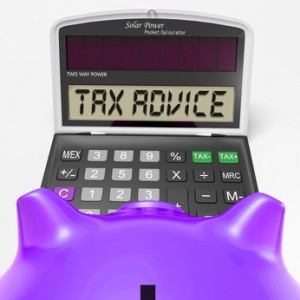 On 25 March 2014, the Court of Appeal handed down its judgment in Mehjoo v Harben Barker (a firm)[2014] EWCA Civ 358. It overturned a slightly alarming first instance decision of Silber J, in which he found that a firm of accountants was negligent for failing to advise that further advice was needed in relation to domicile and CGT in circumstances where no such advice was sought by the client.

The Claimant was a successful business man of Iranian decent. He had lived in England since he was a child and been a British citizen since 1996. All of his business interests were in the UK. The Defendant was a regional accountancy firm which the Claimant had retained since 1999. His point of contact with the firm was one particular accountant who had first met and started working for the Claimant in 1980.

The Claimant said that he retained the firm to advise generally in relation to his tax and other financial and business affairs. The only retainer letter, signed in 1999, provided that the firm would assist in “fulfilling your annual obligations in respect of income tax and capital gains tax”. This included “giving you general tax-planning advice on the best use of reliefs” but other than that, if more extensive advice was required, it had to be specifically requested. However, over the years, unrequested advice was regularly offered though it was on relatively routine matters. From 2003 onwards, the Claimant instructed alternative accountants in relation to his company and business and only used the firm for his personal affairs.

In 2004, the Claimant wanted to sell his shares in his business. He wished to avoid paying CGT. The firm became aware that the shares were going to be sold in September 2004 and a meeting was arranged for October 2004 so that the tax implications of the sale could be discussed with the Claimant.

During that meeting, the firm gave the Claimant general advice on CGT. As part of this advice, they informed the claimant that various schemes may be available. The firm did not advise that, given that the Claimant had been born in Iran, he could have an Iranian domicile of origin and might therefore be able to avoid CGT entirely if he entered into a “bearer warrant scheme” (“BWS”). Such schemes were highly specialised and unknown to the firm. The firm did not specialise in giving tax advice of this kind.

The Claimant’s shares were sold in April 2005 for approximately £8.5m. On the advice of his other advisors, he went on to enter into a different scheme which was successfully challenged by HMRC.

The claim was based, not on the firm’s failure to recommend the BWS but on its failure to advise that, given that the Claimant might be a ‘non-dom’, he should seek specialist advice from those who dealt with such matters. It was said that if the Claimant had been told to seek specialist advice, he would have done so and been told about the BWS which he would have taken up, thereby avoiding a substantial CGT bill.

The Claimant accepted that at no point did he specifically ask the firm to advise how to minimise his CGT liability. However, he said that, because the firm had regularly given him unprompted advice, a course of conduct had arisen from which a change to the retainer (i.e. an obligation to advise about CGT) could be inferred. Even if that were not the case, the firm had assumed responsibility for advising when advice on the CGT due on the sale of shares was given at the October 2004 meeting.

The High Court held that there had been a variation in the retainer and the firm had been negligent. It found as a matter of fact that “there was a clear and mutually accepted understanding between the Claimant, on the one hand, and [the firm], on the other hand, that [the firm] was always required to consider the Claimant’s best tax position and to give appropriate advice including on how to reduce his tax liability, even when such advice had not been expressly requested”, per Silber J, at [138].

The Court of Appeal

The Court of Appeal disagreed. Its starting point was that “An accountant in the position of [the firm] was not… under a general roving duty to have regard to and to advise on all aspects of the claimant’s affairs absent a request to do so”, per Patton LJ, at [24]. It then went on to draw a distinction between general and specialist advice.  The High Court’s failure to make the distinction led to the wrong judgment being made. As the firm did not give specialist tax advice, had never held itself out as doing so and had never given the Claimant advice of this sort, there was no reason to find that there had been any assumption of a positive duty to advise in this way.  The fact that a meeting was held specifically to discuss minimising the CGT liability on the sale of the shares was not sufficient to impose any such duty; the duty to advise was still limited by the narrow scope of the retainer.

The firm did not know about the existence of the BWS and could not reasonably be expected to have known about it.  It could not, therefore, have realised the significance of the Claimant’s potential ‘non-dom’ status and it was, therefore, entirely reasonable that it did not mention that the status could carry tax benefits. The Court of Appeal found it notable that none of the other firms advising the Claimant had mentioned the scheme but had, nonetheless, not been sued in negligence.

While the fact that the first instance decision was overturned might be thought to bring some comfort to practitioners, it is clear that the Court of Appeal placed great weight on the fact that the advice in question related to a very niche scheme which was not widely known and which your average competent accountant would not have been aware of. The same will not be true where all that has happened is that the advisor sometimes chooses to go beyond the limits of his retainer. In those circumstances, there will be a danger that a variation by custom would be found.

Further, what would be the position where the client does not understand the limits of the services on offer? In this case, the client was clearly commercially savvy and was aware of the need to (and did) seek other advice. But what if the client does not have the same understanding of the service he or she is receiving?  Imagine the situation where the client is not a successful business person but the proverbial ‘little old lady’. If she is given a retainer which says that she will be provided with a limited service only, but a wider service is then provided in circumstances where the limits of even the wider service have never been explained to the her, could there, in those circumstances, be said to be negligence if full and holistic advice is not given? There may be scope for the courts to draw a further distinction on this basis.

How can practitioners make sure that they avoid any potential pitfalls? 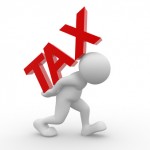 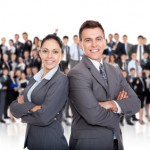 Determining whether a family business is a sole trader or partnershipTax
This website uses cookies for functionality and to help us to improve the experience of the website. By continuing to use this website, you accept their use or you can also change your personal settings.