Determining whether a family business is a sole trader or partnership 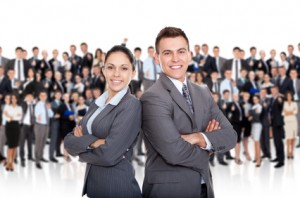 Many family businesses have “blurred” structures as many members of the family help and “lend a hand” with the tasks needed.

The question of whether an operation was a sole trade or a partnership was looked at in the case of G Christodoulou (TC2819).

This can be important for all types of tax reliefs – from VAT status and the question of artificial separation, or, inheritance to see who is involved and their share of ownership.

The taxpayer opened a hairdressing salon in 1998. Five years later he opened a restaurant. His wife was co-owner of the restaurant because this was a condition of the liquor licence, but the freehold of the premises was in his name only. She worked in the restaurant but received no money for this. The restaurant closed in 2011 because it was not financially viable.

The taxpayer appealed saying that he and his wife ran the restaurant in partnership, and it was therefore a separate legal entity. As such there was no VAT liability on sales.

No payment for labour

The First-tier Tribunal was satisfied that the restaurant licence and liquor licence were in the names of the taxpayer and his wife. The judge noted also that the wife worked in the restaurant. The fact that she was not paid for her labour indicated that she was not an employee, but that she and her husband considered themselves to be running the business together.

Factors in favour of the taxpayer being the sole proprietor of the business were that revenue from the restaurant was paid into the husband’s account and that he alone declared income from the business on his tax returns. However, this did not rule out the taxpayer and his wife working in partnership.

After considering the evidence, the tribunal concluded that, on balance, the restaurant was run as a partnership.

This meant that the partnership of the restaurant was a separate business from the hairdressers and did not have to pay output VAT. Many would consider that the taxpayer did well to convince the tribunal that there was a separate legal entity for the restaurant. There was evidence pointing both ways so the conclusion had to be reached based on the balance of probabilities.

The fact that joint names were relevant to both the restaurant and liquor licences was considered to be more relevant than the bank account information and self-assessment tax returns, which is surprising.

The tribunal allowed the appeal but made the comment that the balance of probability was ‘only just’ in favour of the taxpayer.

The key in such cases is facts, facts and more facts. All businesses must have clarity as to who does what and who controls the business. 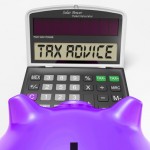 When a failure to give tax advice will not be negligentPractice Management, Tax

What constitutes a settlement for the purposes of CGT Principal Private Residence relief?Tax
This website uses cookies for functionality and to help us to improve the experience of the website. By continuing to use this website, you accept their use or you can also change your personal settings.