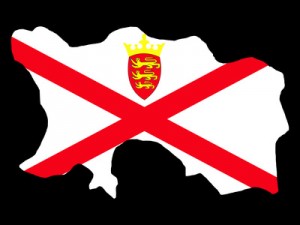 The Jersey Court of Appeal’s recent criticism of certain jurisdictional phrases in trust deeds must be heeded by draftsmen and trustees alike.

In the very recent case of Crociani v Crociani [2014] JCA 089 (judgment handed down on 7 April 2014) the Jersey Court of Appeal has come out with very strong advice to those who draft trust deeds. In particular, it advises that the use of phrases such as ‘exclusive jurisdiction’ and ‘forum for administration’ should be abandoned or greatly reduced as they “invite misconstruction” and may have serious unintended consequences. Given the vast legal stature of the members of the Court ignoring such advice would be extremely foolhardy.

Crociani emanated from a family feud concerning which branch of a family should enjoy the fruits of certain substantial trusts. The matter before the Jersey courts was whether the substantive issues should be determined in Jersey or Mauritius. The Appellants claimed that Clause 12 of the trust deed required that all trust disputes had to be resolved in Mauritius but this interpretation was refuted by the Respondents, who were seeking to sue the Apellants in Jersey.

The relevant part of Clause 12 was as follows:

In 2012 the Appellants, who were then trustees, resigned and appointed a new trustee resident in Mauritius. They claimed that this change of trustees, combined with Clause 12, meant that henceforth all trust disputes (including those arising out of matters prior to 2012) had to be resolved in Mauritius.

The questions before the court were:

1)      Whether the reference to ‘exclusive jurisdiction’ made Mauritius the only locus where disputes could be resolved (as argued by the Appellants) or whether it only referred to the governing law (as argued by the Respondents).

2)      Alternatively, whether the reference to ‘forum for administration’ made Mauritius the only locus where disputes could be resolved (as argued by the Appellants) or whether it only referred to the place where the trusts were to be administered (as argued by the Respondents).

On the facts, the Court of Appeal favoured the views of the Respondent on both issues. As regards exclusive jurisdiction, the court held that while a litigation lawyer might believe that ‘jurisdiction’ referred to the location for resolving disputes; in the trust context, ‘jurisdiction’ could mean the scope of the law itself and that ‘exclusivity’ could also attach to the substantive law rather than the forum. Furthermore, the background facts showed that the Appellants’ construction was unlikely to have been intended by the draftsman.

After going through the background caselaw, and overruling a previous decision of the court (Koonam v Bender 2002/218), the court held there was a distinction between matters of administration and hostile trust litigation and here the reference to ‘forum for administration’ was only concerned with the former. Therefore, Clause 12 and the change of trustees did not affect where the substantive dispute should be heard.

The advice for trust draftsmen is clear. If the intention is to confer jurisdiction for resolving all disputes then this must done in a clear and obvious manner and the reference to ‘exclusive jurisdiction’ by itself is insufficient. Similarly if the intention is to tell the world (or more likely the taxman) that the trust is administered in a particular place a reference to ‘forum for administration’ is insufficient. It must be done in a clearer (and better) way than by use of this phrase.

Martin JA’s final words on this issue were:

Coming from one of the preeminent legal minds of our generation these are words which should echo in every draftsman’s mind and a draftsman who ignores this advice does so at his peril.

Warning for those Administering Trusts

The judgment in Crociani should also act as a warning to those administering trusts. Existing trust deeds should be examined carefully prior to appointing any new trustees because otherwise appointing a new trustee may well unwittingly change the forum for resolution of disputes to another jurisdiction. The facts in Crociani were sufficient to outweigh this conclusion in this case but a slight change of facts and the decision might (in accordance with Martin JA’s fears) result in the next case being decided the other way. 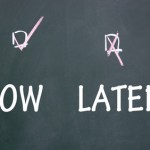 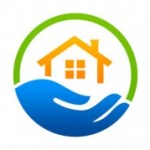 Trusts of Land and Appointment of Trustees Act 1996  (TLATA 1996) ClaimsTrusts
This website uses cookies for functionality and to help us to improve the experience of the website. By continuing to use this website, you accept their use or you can also change your personal settings.