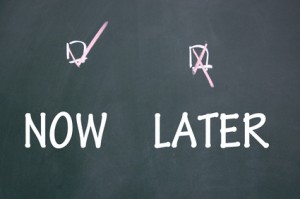 Limitation of Actions under Inheritance (Provision for Family & Dependents) Act 1975

The recent case of Berger v. Berger [2013] EWCA Civ 1305, [2014] WTLR 35 CA illustrates the need for parties not to delay if they think they may have a claim under the I(PFD)A 75. Section 4 of the Act provides for the time limits for applications as follows:-

‘[4] An application for an order under section 2 of this Act shall not, except with the permission of the court, be made after the end of the period of six months from the date on which representation with respect to the estate of the deceased is first taken out.’

In the circumstances, any claim under I(PFD)A 75 must be issued within six months of the date on which representation (Grant of Probate, or Grant of Letters of Administration) is taken out (unless extended by the court). However, this period of six months is in respect of issue. Service does not count in the computation of time under Section 4.

Whilst the time limits are strict, section 4 of the I(PFD)A 75 permits the Court to grant permission for a claim to be commenced after this time limit has elapsed, but permission must be applied for. It is important to remember that there is no fixed period beyond which permission will not be granted Even short periods of time can count against a potential claimant just as much as long periods. Further, there is a plethora of reported and unreported authorities in this area of the law and most cases are fact specific. The more recent authorities show how the courts have adopted a varying approach to how far the discretion is one that does or does not require regard to be had to the factors set out in the case of Re Salmon [1981] Ch 167.

Questions the court will consider

In Berger v. Berger (supra) the Court of Appeal were invited to consider an appeal against a decision of HHJ Hayward-Smith QC, sitting as a Deputy High Court Judge, where he had refused permission to issue a case out of time. The appellant was the wife of the deceased. They had been married for 36 years prior to his death. Each had children from previous marriages. The deceased’s estate comprised the former matrimonial home valued at £2.5M, a half share in a property in Arizona owned jointly with the appellant worth £467,000.00, three properties in London valued at £1.66M and a majority shareholding in a property company worth approximately £2.9M.

Pursuant to the terms of the Will the deceased bequeathed to his wife his half share in the Arizona property on terms which provided that the former matrimonial home be placed on trust for sale with the widow being allowed to live for so long as she desired in the property, or the property be sold and the fund used to purchase an alternative property on the same terms. The residue of the estate was to be held on trust “to pay the income to the widow during her lifetime” and thereafter on trust for the deceased’s two sons.

Following the deceased’s death, the property company was operated in such a way as to require considerable funds for the gradual renovation of various properties it owned on a yearly basis. As a result the income available to the appellant was significantly reduced. The appellant concluded that the said income did not afford her reasonable provision out of the deceased’s estate, and she applied for orders under the I(PFD)A 75. The deceased had passed away on 26th June 2005 with the Grant of Probate being issued on 27th January 2006. The appellant issued proceedings on 15th June 2012, 1 month short of six years post expiration of the time limit.

In explaining the reasons for the delay in issuing proceedings, HHJ Hayward-Smith QC noted from the evidence before the court that the appellant was expressing concerns in respect of her income at a very early stage after the death of the deceased. She had also consulted solicitors very soon after his death, albeit that it appeared that they had not advised her of a potential claim under the I(PFD)A 1975. It was only when her financial situation deteriorated over the following years that her children then encouraged her to seek further legal advice. Combined with some health complications, proceedings were not issued until June 2012.

‘In considering the matters to which the court is required to have regard under this section, the court shall take into account the facts as known to the court at the date of the hearing’

In applying the above principles Black LJ upheld the decision of HHJ Hayward-Smith QC.

However, she disagreed with the trial judge’s judgment as to whether or not the appellant had an arguable case. Black LJ held that Mrs Berger did have an arguable case in the event that permission was granted. By virtue of section 3(2) I(PFD)A 75 the court determining a substantive application would have regard to the position had the parties been divorced on the day the deceased died. Referring to the case of White v. White [2001] AC 596 it would have been arguable that a divorce court would have effected an equal division of the parties’ assets after such a long marriage and relationship. Further, she found that the other beneficiaries did not have any particular needs which required satisfaction out of the estate. As a result she found that HHJ Hayward-Smith QC had focused on Mrs Berger’s needs for the rest of her life rather than having adequate regard to the divorce position. In the circumstances, the Court of Appeal considered the appellant’s application for permission afresh.

Both Gloster and Moses LLJ agreed.

This case is an interesting judgment and worth reading for assessing whether delay in the distribution from a deceased’s estate in itself justifies a court exercising its discretion under I(PFD)A 75. It is arguable in light of this decision that in certain circumstances, in cases concerning wives with life interests, that a claim pursuant to the I(PFD)A 75 is preferable to a breach of trust claim as against trustees.

Andrew Grime
© Andrew Grime - Pump Court Chambers
Andrew has a particular interest in cases concerning trusts of land, co-ownership of land and applications pursuant to the Trusts of Land and Appointment of Trustees Act 1996. He is regularly instructed in cases concerning testamentary capacity and claims under the Inheritance (Provision for Family and Dependants) Act 1975. He also undertakes contentious probate and Wills claims.
E: a.grime@pumpcourtchambers.com Web: Pump Court Chambers
Recommended Posts 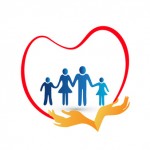 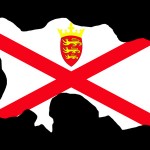 Drafting Trusts – Jersey says avoid these phrases!Trusts
This website uses cookies for functionality and to help us to improve the experience of the website. By continuing to use this website, you accept their use or you can also change your personal settings.