Reservation of Benefit: where are we now? 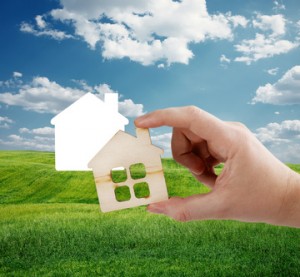 Any probate practitioner needs a working knowledge of Inheritance Tax (“IHT”).  Originally intended to catch the wealthy, the increase in house prices particularly in the South East of England has seen an increasing number of people caught within the IHT net.  Consequently, people attempt to avoid IHT by undertaking tax planning and are met met by a number of preventative.  From time to time, arrangements come before the higher courts and the rules are further clarified. This was the case in Buzzoni v HMRC [2013] EWCA Civ 1684 (“Buzzoni”).

One of the main anti-avoidance provisions in the IHT legislation is found in ss 102 – 102C Finance Act 1986.  Those sections contain the so-called “reservation of benefit” provisions. This is one area in which the taxpayer has enjoyed a degree of success over the years, and that success has continued with the decision of the Court of Appeal in Buzzoni, which clarifies the meaning of s102(1)(b) FA 1986.

The reservation of benefit provisions are designed to prevent a tax payer from “having his cake and eating it”.  In broad outline terms, IHT is payable on the property comprised in a person’s estate at the date of death or which he has given away in the previous 7 years and on certain lifetime transfers, generally transfers into trusts.  If a person were to give away a house (for example) but continue to live there, at first sight it would seem that this would avoid IHT if the tax payer survived for 7 years.  This simple avoidance tactic is prevented by the reservation of benefit provisions.  Property caught by those provisions is treated as still forming part of the donor’s estate at the date of the donor’s death at the value at date of death

What does the legislation mean?

Property is treated as “property subject to a reservation” and so treated as forming part of the donor’s estate if it falls within either of the paragraphs of s 102(1) of FA 1986 which provides as follows:

“Subject to subsections (5) and (6) below, this section applies where, on or after 18th March 1986, an individual disposes of any property by way of gift and either—

(a)     possession and enjoyment of the property is not bona fide assumed by the donee at or before the beginning of the relevant period; or

Paragraph (a) is relatively easy to understand.  Subsection (1)(b) is more difficult.  There are two limbs to subsection (1)(b). The property which is given away must be enjoyed to the entire (or virtually the entire) exclusion of the donor (limb 1) or to the entire (or virtually the entire) exclusion of any benefit to him by contract or otherwise (limb 2).   This is not simply a matter of semantics.  It is important to keep the two limbs distinct as different considerations apply to each.    In limb one the question is whether the donor is as a matter of fact excluded from the property: anything else is irrelevant:  Chick v Commissioner of Stamp Duties [1958] AC 444.   So far as limb 2 is concerned, it is now clear, following Buzzoni, that not every “benefit” is a benefit within s102(1)(b)

It was clear from the decision of the House of Lords in Ingram v IRC [2000] 1 AC 293 that provided the property given away was properly defined, and the continued benefit to the donor (in that case occupation of the property) was referable to the property he retained and had never given away, the property was not caught by s102.

One popular arrangement was a reversionary lease scheme which operates as follows.  Take an example of a donor who owns a freehold house.  He grants a lease which takes effect in, say, 20 years’ time.  The lease is then given away.  The donor retains the freehold.  The donor is then able to continue to occupy the property (or receive rent from the property) by virtue of his retained freehold interest, the value of which reduces as the commencement date of the lease approaches.  The gift is not caught by section 102.  The provisions of section 102A – 102C were designed to catch such schemes but HMRC appear to accept that such arrangements will still work for reservation of benefit purposes provided that the retained interest has been owned for more than 7 years: see section 102A(5).

The taxpayers were successful before the Court of Appeal.  Although Moses LJ decided that the benefit of the covenants was referable to the property given away (Black and Gloster LJJ declined to express a view), the Court of Appeal decided that in order for a “benefit” to be caught by section 102(1)(b) it had to impair the enjoyment of the gift.  In this case, the donee’s enjoyment of the gift was not impaired by the direct covenants, because the donee had already entered into a covenant with the landlord to comply with the same covenants.

Despite the enactment of provisions to prevent the use of reversionary lease schemes in 1999, the decision in Buzzoni remains of importance for practitioners in this field.

First, a number of taxpayers entered into reversionary lease schemes prior to March 1999. As those taxpayers begin to die the issues relating to those schemes now fall to be considered. Those schemes are not caught by the provisions of sections 102A – C.

Second, reservation of benefit questions arise in relation to property other than land.  The question of what amounts to a “benefit” for the purposes of section 102 has continuing importance

Third, it is still possible to enter into a reversionary lease arrangement which is effective for IHT purposes provided the property has been owned for 7 years previously.  If the property is leasehold, in order to be sure that the arrangement falls within the Buzzoni decision, the donee should first enter into a direct covenant with the landlord to comply with the covenants in the headlease.  The downside to such arrangements is the Pre-owned Asset Tax. This is a charge to income tax if the rental value of the property is more than £5000 per annum and it is occupied by the donor. However, if the property is an investment property which is not occupied the donor, this problem does not arise.

HMRC have not appealed the decision in Buzzoni, probably because they consider it of narrow application.  However, the meaning of “benefit” has implications beyond pre-Ingram schemes, leading to a wider implication for the case than might first appear and should be borne in mind when considering the administration of estates or estate planning. 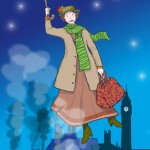 Did you know that the tax & trust treatment of royalties are not the same? Mary Poppins explains….Tax, Trusts 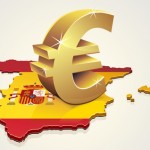 Estate Planning and Reducing Succession Tax in SpainTax, Wills
This website uses cookies for functionality and to help us to improve the experience of the website. By continuing to use this website, you accept their use or you can also change your personal settings.