Court of Protection update for practitioners 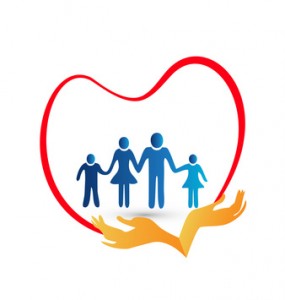 The scope of the jurisdiction of the Court of Protection (“COP”) is extremely broad: the elderly, the young, the vulnerable all being incapacitated in a variety of ways. Significant advances in medical care permits many people to survive horrific accidents sustaining life changing and limiting injuries; more premature babies are surviving against the odds but with significant deficits.  However, a patient must lack capacity before the court can entertain making a decision on their behalf and the patient’s best interests must be taken into account.

One difficulty with the elderly is that their presentation is complex: old people tend to be confused and their personalities change over time: they can be contrary and difficult.  The circle of life is not so defined for nothing: the elderly can be very childlike but that isn’t to say that they lack capacity simply because they behave in ways which their children don’t like. Some examples:

A 64 year old woman left her husband and moved to live with a man with whom she had been having an affair.   She reported to the police that her marriage had been abusive and that she felt threatened by her family.

Subsequently, she  suffered a cerebral aneurism which left her severely disabled.  It was impossible to obtain her present wishes and feelings.  The court relied on the police evidence: it appeared that her decision prior to being incapacitated was to sever all ties with the past. The court confirmed that view until such time as she might be able to express a different view.

This elderly man, 79, suffered from Alzheimers and Vascular dementia and lived in a local authority residential care home under the Deprivation of Liberty provisions.  His daughter did not agree with his accommodation and wished to take him to Turkey to live with her.  When permission wasn’t granted she took him anyway.

The daughter eventually returned him to the home where she became abusive towards the staff and behaved inappropriately causing the man distress and she was removed by the police.  Injunctions were imposed to prevent further molestation and harassment: she then wanted to unlawfully publish details of the case in the press.

A hearing was listed for the residence, care and contact but also as to who should be his financial deputy.

A psychologist was instructed – not to assess her father – but to assess the daughter – her preoccupation with her own concerns, her reluctance to take advice and suspicion of social workers and other professionals was a significant barrier to her ability to co-operate with others in her father’s best interests.

The NHS Foundation Trust applied for a raft of declarations in relation to a man, DE (36)  who suffers from a learning disability having an IQ of 40 and significant speech and communication difficulties.   He had achieved well above expectations, achieving a modest measure of autonomy in his day to day life including having a long standing and loving relationship with a woman, PQ, who is also disabled. She became pregnant:  neither PQ nor DE were capable of being safe parents. DE’s parents wanted him to have a vasectomy: the urologist was unhappy about undertaking the operation without a court order.  The court was asked whether:

This was the first time that a court has made orders permitting the sterilisation for non therapeutic reasons of a male.

Caroline Hartley
© Caroline Hartley - Pump Court Chambers
Caroline specialises in representing parents, especially if they are vulnerable due to mental health problems, addictions or learning difficulties. She is also very experienced in representing children and local authorities. She has been instructed in many cases involving non-accidental injury (including the most serious cases in which a child has died, or has suffered permanent and significant injury). Caroline is also experienced in factitious or induced illness cases, salt poisoning and sexual abuse as well as neglect, physical and emotional abuse.
E: c.hartley@pumpcourtchambers.com
Web: Pump Court Chambers 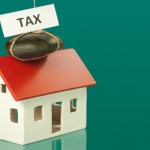 Imminent Change to Capital Gains Tax (CGT) – Private Residence reliefElderly/Vulnerable Client, Tax
This website uses cookies for functionality and to help us to improve the experience of the website. By continuing to use this website, you accept their use or you can also change your personal settings.