The Supreme Court Case of Marley v. Rawlings & Another: A Mix-Up in Wills 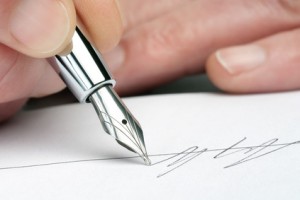 In December 2013, the Supreme Court heard the ongoing dispute between two biological brothers and their ‘adopted’ sibling after their parents, Alfred Rawlings and Maureen Rawlings, mistakenly signed each other’s wills.

The issues before the Supreme Court were:

(1)  Whether, when a person mistakenly executes a will meant for another person, that document complies with the formalities required under section 9 of the Wills Act 1837 (“the 1837 Act”) so as to constitute a valid will; and

(2)  If not, whether the will can be rectified.

On 17th May 1999, Mr and Mrs Rawlings had an appointment with their solicitor for the purpose of executing mirror wills. The wills were in identical terms, except for the differences necessary to reflect the identity of the maker. The wills were drafted so that each spouse left his or her entire estate to the other spouse, or if the spouse failed to survive him or her by one calendar month, to Terry Marley (“the Appellant”).

Although Mr Marley was not related to them or formally adopted, he was treated by the couple as their son and had lived with them for more than 30 years. He had been taken in as a teenager by the Rawlings family at their former home in Bermondsey, London, and became the couple’s sole carer. The couple also had two biological sons, whom had not been provided for in their wills; Michael (who was Mr Marley’s best friend at school) and Terry Rawlings (“the Respondents”).

The relationship between the Appellant and the Respondents deteriorated following the deaths of the couple and the subsequent discovery of the error in relation to the signing and witnessing of the wills in 1999.

So far as validity is concerned, the centrally important statutory provision is section 9 of the Wills Act 1837, which provides as follows:

“No will shall be valid unless –

(a)    it is in writing, and signed by the testator, or by some other person in his presence and by his direction; and

(b)    it appears that the testator intended by his signature to give effect to the will; and

(c)     the signature is made or acknowledged by the testator in the presence of two or more witnesses present at the same time;

(d) each witness either —

The Appellant brought a claim to rectify the wills under section 20 of the Administration of Justice Act 1982.  Pursuant to section 20, the court has power to rectify a will where it is satisfied that a will is so expressed that it fails to carry out the testator’s intentions, in consequence of (a) a clerical error; or  (b) a failure to understand his instructions.

The High Court and the Court of Appeal

In 2011, the High Court (Proudman J)[1] held that when Mr Rawlings had accidentally signed the will that had been prepared for his wife, he did not intend by his signature to give effect to it, as required by section 9(b) of the Wills Act 1837. The requirements for a valid will are strict and, despite Mr Rawlings’ intentions being very clear, the High Court held that it did not have the power to rectify the will.

In February 2012, the Court of Appeal (President of the Queen’s Bench Division, Black LJ and Kitchin LJ) upheld the decision of the High Court that Mr Rawlings’ will was invalid and could not be rectified[2]. The Court of Appeal’s decision was one which the President of the Queen’s Bench Division “reached with great regret”. The Court of Appeal (Black LJ gave the lead judgment), found that although the intentions of Mr and Mrs Rawlings were clear, their wills were invalid because the “testator” named in the text had not signed his or her name. Indeed, the Court of Appeal held that Mr Rawlings had not even complied with section 9(a) of the Wills Act, which states that no will shall be valid unless it is in writing, and signed by the testator, or by some other person in his presence and by his direction, as he had not actually signed the will, in the sense of his will, at all.

The Court made it clear that section 20 of the Administration of Justice Act 1982 was predicated on there being a valid will, or a will that by virtue of the Wills Act can be said to be the will of the testator. Notwithstanding the similarities in the mirror wills, Mr Rawlings nonetheless meant to sign a totally different document. Black LJ held:

‘I find it very difficult to conceive of a set of circumstances in which rectification ordered under section 20 could enable an otherwise invalid would-be will to satisfy the requirements of section 9 without rocking the very foundations of that section at the same time.’

Mr Rawlings’ estate was therefore to be distributed under the intestacy rules, meaning that the Respondents would be the only beneficiaries. As the Appellant was not a biological or legally adopted son of Mr and Mrs Rawlings, he would not inherit.

The Court declined to decide the “difficult point” on interpretation. It was not the basis upon which the courts below decided the case and it was not the ground upon which the Appellant primarily relied. Furthermore, it appears that only limited argument was directed to the issue of whether the issue was one of interpretation or of rectification. The Court, in deciding that the appeal succeeds on the ground of rectification, proceeded on the basis that it failed on interpretation.

The Court rejected the second contention that the extent of Mr Rawlings’s knowledge and approval of the contents of the will was such that it could be validated, albeit with deletions. The Court acknowledged that there were cases where only part of a will could be rejected on the ground that it was not known and approved by the testator. However, those parts were self-contained, e.g. a particular clause or sub-clause. In contrast, the Appellant’s proposed exercise in deletion would involve “converting what is a simple and beneficial principle of severance into what is almost a word game with haphazard outcomes.” It was therefore quite inappropriate to invoke this principle in order to justify selecting phrases and provisions for deletion from a will intended to be signed by someone else, to enable the will, effectively by happenstance, to comply with the testator’s intentions.

The Court, in deciding the third contention, held that as a general proposition, the greater the extent of the correction sought, the steeper the task for a claimant who is seeking rectification. However, there was no reason in principle why a wholesale correction should be ruled out as a permissible exercise of the court’s power to rectify. On the contrary; to impose such a restriction on the power of rectification would be unprincipled – and it would also lead to uncertainty.

The first point related to whether the document was a “will”. Although the will mistakenly signed by Mr Rawlings purports in its opening words to be the will of Mrs Rawlings, there was no doubt that it cannot be hers, as she did not sign it. As it was Mr Rawlings who signed it, it can only have been his will, and it is he who is claimed in the proceedings to be the testator for the purposes of section 9. Accordingly, held the Supreme Court, section 9(a) was satisfied.

Further, although the will does not make sense, at least if taken at face value, that is a matter for “a court of construction”. The Court held that there could be no doubt, however, from the face of the will, as well as from the evidence, that it was Mr Rawlings’s intention at the time he signed the will that it should have effect. Accordingly, section 9(b) was also satisfied in this case.

The Court held that it would still be open for the Appellant to invoke section 20, notwithstanding the fact that the contents of the will, unless rectified, did not satisfy the requirement that they had the full knowledge and approval of Mr Rawlings, and even if the Court of Appeal had been right in their view that it did not satisfy the requirements of section 9(b) or section 9(a). The Court noted that if section 20 could not be invoked to rectify a document which was currently formally invalid into a formally valid will, that would cut down its operation for no apparently sensible reason.

The final issue raised by the Appellant’s rectification claim was whether it was within the ambit of section 20(1). The Court held that whilst there is an argument for saying that it does nothing to discourage carelessness, the expression “clerical error” in section 20(1)(a) should be given a wide, rather than a narrow, meaning. The expression can encompass mistakes arising out of office work of a relatively routine nature, such as preparing, filing, sending, organising the execution of, a document (save, possibly, to the extent that the activity involves some special expertise).

Importantly, the term “clerical error” can, as a matter of ordinary language, encompass the error involved in this case. There was an error, fairly characterised as clerical, because it arose in connection with office work of a routine nature. 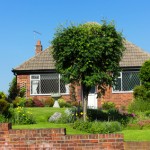 Three common misconceptions that are putting the assets of estates at riskPractice Management, Probate
This website uses cookies for functionality and to help us to improve the experience of the website. By continuing to use this website, you accept their use or you can also change your personal settings.