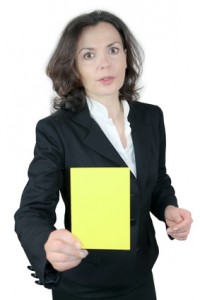 One of the changes, introduced in Finance Act 2008, was the ability to transfer the IHT nil rate band between spouses and civil partners. This meant couples could leave all their assets to the survivor, without losing the benefit of both nil rate bands (NRBs).  With the current NRB at £325,000, this means only a couple’s assets over £650,000 in value would fall into the charge to IHT.

Prior to this change, in order to utilize both parties’ nil rate bands, couples had to ensure their wills each included NRB legacies, often with complex trust and loan arrangements where the couple had insufficient liquid assets to utilize the exemption on the first death.  The change meant many couples decided on more simple wills, passing most or all their assets on the first death to the survivor, either outright or on a life interest trust.

As with all tax changes, however, the devil is in the detail.  In particular, care is needed if the first spouse died at a time when estate duty or capital transfer tax were in force.

If the first death occurred before 13 November 1974, further enquiries are needed.  It isn’t simply a case of checking whether the surviving spouse inherited everything on the first death.

Both estate duty and capital transfer tax had bands at which no duty tax was payable, similar to the NRB.  This sum would be the equivalent of the NRB that can be transferred to the surviving spouse.

However, there is a potential problem if the first spouse died before 21 March 1972, as there was no spouse exemption at all until that date.  Similarly, no charity relief applied at that time.

This means that if the first spouse died before 13 November 1974, further enquiries are needed to check whether the estate fell into the charge to estate duty.  Even if the whole estate passed to the surviving spouse, estate duty may still have been payable, due to the lack of a full spouse exemption.

If any estate duty was paid, then the band at which duty was charged at 0% was clearly used up and there is nothing left to transfer to the surviving spouse.  On the other hand, if the estate did not exceed the amount on which duty was charged at 0%, the balance of that amount is available to be transferred to the surviving spouse in the same way as an unused NRB.

Where the first spouse died before 13 November 1974, the following enquiries should be made:

Because the civil partnership rules did not apply prior to 2005, these issues will not affect civil partners (as they only have the ability to transfer the NRB from 5 December 2005).

Rather unfortunately, there are penalties for filing an incorrect claim for a transferable NRB.  Anecdotal evidence suggests that as many as 20% of all NRB transfer claims are incorrect and HMRC seem to be raising penalties more to try to combat this.

I recently saw a case where a firm of solicitors had filed a transferable NRB claim for a client, not appreciating that the first spouse had died when estate duty applied.  HMRC made enquiries and denied the transferable NRB completely, on the basis that the first spouse’s estate had been subject to estate duty, so there was no tax-free band to transfer.  HMRC raised penalties and interest on the underpaid IHT (on the second estate), which the solicitors or their insurers had to pay.

It is also worth noting that there may be penalties if the executors make an error when filing the IHT forms for the first spouse, if that results in an incorrect NRB transfer claim on the second death.  For example, the first executors may not have made full enquiries about gifts within 7 years of death, which would have used up all or part of the NRB.

For example, if an incorrect account is filed on the first spouse or civil partner’s death, which results in an incorrect NRB transfer claim on the second death, the penalties for the personal representatives of the first deceased will be based on the IHT due on both estates.

This is to deal with the possibility there may be no IHT to pay on the first death, even though the account was filed incorrectly.  If IHT is underpaid by, say, £100,000 on the second death (due to the transferable NRB being mis-stated), then the penalty for the PRs of the first spouse will be based on that £100,000 underpayment on the second death.

This could of course lead to difficulties for the PRs of the first estate, who may well have distributed the estate believing no IHT was payable. Where those PRs are professionals, including solicitors, could this again lead to personal liability for that penalty or a claim on their PI insurance?  This would seem particularly unfair if the incorrect account was caused by a beneficiary failing to report a lifetime gift, but is in line with HMRC’s recent ‘hard line’ approach to PRs who have not made sufficient enquiries to discover unreported lifetime gifts. 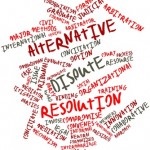 ADR – it cannot be ignoredProbate 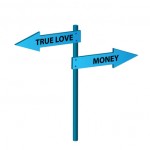 1975 Act claim by long-term cohabiteeProbate, Trusts
This website uses cookies for functionality and to help us to improve the experience of the website. By continuing to use this website, you accept their use or you can also change your personal settings.