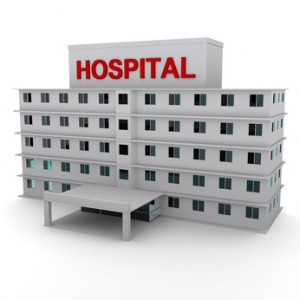 The Supreme Court has ruled for the first time on an application brought by Aintree University Hospitals NHS Foundation Trust (‘the Trust’) under the Mental Capacity Act 2005 (‘MCA 2005’) for an order that in certain circumstances that if it is in a mentally incapacitated person’s best interests, it would be lawful for life-sustaining medical treatment to be withheld. This important case sets a new subjective test and provides clarity on the medical and legal process on when life-sustaining treatment should be given or withheld from a person who lacks the capacity to make the decision for himself.

David James (‘The Patient’), a devoted married father of three and talented professional musician, had been successfully treated for colon cancer in 2001 resulting in the fitting of a stoma. In May 2012 the Patient was admitted to hospital with constipation of the stoma. The problem was resolved, but unfortunately he contracted an infection which was complicated by the onset of pneumonia and kidney problems. He was transferred to the critical care unit on the 24th May 2012 and placed on a ventilator. During the period between May and December 2012 the Patient’s suffered a stroke and went into cardiac arrest and CPR was administered to resuscitate him. As a consequence, he relied on a ventilator to breathe and was artificially fed. The Patient’s medical team diagnosed him as being in a ‘minimally conscious state’ due to the stroke and believed that he lacked the mental capacity to make decisions in relation to his medical treatment. The Patient had not made a Living Will or Advance Decision.

The difficulty with the Patient’s condition was that it fluctuated during the period May 2012 to his death on the 31st December 2012. On good days the Patient responded well to his family by smiling and showing signs of recognition, but did not respond to direct stimulation. The Patient’s medical team felt that his condition was one of general decline and did not want to resuscitate the Patient or give him ‘invasive’ treatment. The medical team claimed that such treatment would be ‘overly burdensome’ and ‘futile’ given that the Patient had been in hospital for seven months and his condition was deteriorating in general terms.

The Patient’s family did not agree with the medical team and believed that the treatment should be given to the Patient as he had always pulled through previous setbacks and although he would never enjoy the quality of life he once had, he still enjoyed seeing his family and friends. The Patient’s medical team held a ‘best interests’ meeting with the family, in accordance with the MCA 2005 Code of Practice, to consider the treatment of the Patient. Agreement could not be reached so the Trust applied to the Court of Protection seeking a declaration.

The  Trust sought a declaration under section 15 of the Mental Capacity 2005 that it would be in the best interests of the Patient (and accordingly lawful) to withhold three specified medical life-sustaining treatments in the event of the Patient’s clinical decline, to the extent that he required such treatment. Section 15 (1) of the Mental Capacity Act 2005 provides that ‘the Court may make declarations as to whether a person has or lacks capacity, either in relation to a specified decision or in relation to specified matters, and as to the lawfulness of any act done or yet to be done in relation to that person.’ The Court can only do for a person what he could lawfully do himself if he had mental capacity. In effect, the Court stands in the mentally incapacitated person’s shoes. Section 15 (2) MCA 2005 expressly provides ‘that act includes an omission and a course of conduct.’

The Patient was represented by the Official Solicitor and the Court gave the Official Solicitor permission to obtain an independent medical opinion with regard to the Patient’s condition. The independent opinion was consistent with the Patient’s medical team’s diagnosis. Section 5.31 of the Mental Capacity Act Code provides that it may be in the best interests of a Patient, in certain circumstances, for life-sustaining treatment to be withheld ‘where treatment is futile, overly burdensome to the Patient and where there is no prospect of recovery’.

Although Judge Peter Jackson accepted all of the medical opinions and concluded that the Patient’s condition was ‘gloomy,’ he was not persuaded that treatment to the Patient would be ‘overly burdensome’ or ‘futile’ or that there was no prospect of recovery. Accordingly, Judge Jackson ruled against the Trust stating that the Patient’s family life was ‘of the closest and most meaningful kind.’

This decision raised many issues for the Patient’s medical team and for that matter critical care units nationwide, in particular, its position in law with regard to withholding life-sustaining medical treatment from the Patient against the wishes of his family.

Accordingly, on the 21 December 2012 the Trust appealed the decision and provided more medical evidence to show the Patient’s further decline. The Court of Appeal allowed the appeal and Lord Justice Ward ruled that treatment would be unduly burdensome on the Patient and it was not in the Patient’s best interests. He stated that he did not believe that Judge Jackson had interpreted the guidelines set down in the MCA 2005 Code correctly and  stated that the interpretation of ‘futility’ should be considered on the basis of whether the treatment had a real chance of ‘curing or palliating the illness’ suffered by the Patient.

The Patient died on the 31st December 2012. On 1st March 2013 the Court of Appeal gave the Patient’s widow leave to appeal given the importance of the issues raised. The Supreme Court dismissed the appeal but ruled that (1) Judge Peter Jackson in the Court of Protection applied the correct principles and was entitled to reach the conclusion that he reached given the evidence that was brought before him and (2) that the Court of Appeal reached the right decision given the fresh medical evidence brought before them but on the wrong basis.

Lady Hale gave the sole judgment providing a cogent summary on the holistic approach the Court should take on such a matter. She stated that the starting point was the strong presumption that it was in a person’s best interests to stay alive. She went on to say that this was not an absolute and there were cases where it would not be in the Patient’s best interests to receive life-sustaining treatment. She ruled that the fundamental question is whether it is in the Patient’s best interests and therefore lawful to give the treatment, not whether it is lawful to withhold it.

Lady Hale agreed with Judge Peter Jackson’s approach in the Court of Protection. She confirmed that he had interpreted the law correctly. He was correct not to be persuaded that the treatment would be futile or that its burden outweighed its benefits. He had taken a balance sheet approach and the positives outweighed the negatives. Lady Hale stated that the Court of Appeal had been incorrect in their approach and had set the bar too high by stating that in order not to be futile the treatment must ‘standing alone or with other medical care, have the real prospect of curing or at least palliating the life threatening disease or illness from which the Patient is suffering’. 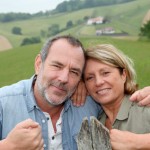 Farm complacency, active husbandry with the surviving spouse exemptionComment
This website uses cookies for functionality and to help us to improve the experience of the website. By continuing to use this website, you accept their use or you can also change your personal settings.