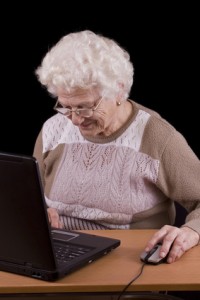 At first glance it may seem surprising that a testatrix’s last Will dividing her residuary estate equally between her children was upheld as valid where she had mild to moderate dementia. She could not precisely remember the terms of her previous Will nor why she had once favoured one child above the others.  However, this case shows that the question of capacity in such cases will be specific to their facts.

Here the testatrix was having a ‘good’ day, her disputed Will treated all her children equally making substantial provision for them (or the Will trust of the deceased child), the differences between the Wills were slight and she knew roughly what the previous terms were.  Elderly people have a right to dispose of their property as they see fit even if their mental health is in decline but how different might it be if a child or other beneficiary mentioned in the previous Will is omitted altogether or the Will is more complex?

Constance Simon died on 15 January 2009 aged 91.  She had been a widow for some 33 years and had three surviving children, Jonathan, Robert and Hilary.  Her son David had pre-deceased her in 2004.

At her death Constance owned a house in London worth £1.75m, a seaside flat worth £262,500 (which had been purchased initially by Robert but then bought from him by her when he wanted to sell it), savings and shares of about £55,000 and 16 shares in the family company RW Simon Ltd which had been founded by her late husband.

By her 23 March 1978 Will Constance left all her property to her four children in equal shares.  In her 15 June 1992 Will a £20,000 legacy to Mary, her long standing housekeeper and assistant was included but was otherwise in the same terms.  However her 1 August 1994 Will departed from this and left the shares in the family company and the flat to Robert with the remainder equally between the four children.  When Constance made a new Will on 27 June 1996 the only change was to her executors with the terms remaining unequal in Robert’s favour.

By a March 1993 letter Constance left in her safe she stated that she felt it necessary to “level the four of you up” as Robert was the managing director of the company and had mainly been responsible for its success, he had looked after her and other family members and she had assisted her other children financially in her lifetime but not him.

On the evening of 18 December 2005 at her 88th birthday party, at which Hilary and Jonathan but not Robert were present, Constance insisted on making a new Will immediately. Hilary had told her that her then current Will favoured Robert and Constance said she wanted to treat her children equally. Without the help of a solicitor, Ann, a friend of Hilary, used a cd rom of Will templates that Hilary’s husband had to prepare the Will (Ann had worked in a solicitor’s office). Constance repeatedly said she wanted to divide all her estate equally between her three surviving children and her late son’s Will trust.

In the Will prepared by Ann the £20,000 legacy to Mary was included but the specific legacy of the company shares and flat to Robert were omitted.  The company shares and flat accounted for only some 10% of the value of the whole estate.  If the shares had been left to Robert and he allied himself to one of his siblings, together they would have a majority holding.  This was significant as there had been disputes about the running of the company.

Having prepared the Will Ann then read it over to Constance and Constance then read it through herself.  All the family left the room while Constance signed the homemade Will in front of Ann and Derek, a business colleague of Jonathan’s.  Jonathan had offered to take his mother to a solicitor the next day, but she had refused and insisted she sign a new Will that evening.

Robert challenged the 2005 Will on the grounds of lack of capacity and alternatively lack of knowledge and approval.

Expert medical evidence agreed that by 18 December 2005 Constance was suffering from mild to moderate dementia which put her testamentary capacity in doubt.  As neither expert had examined Constance during her lifetime they could not say if she would or would not have had capacity on that day. No solicitor was present at the execution of the 2005 Will and Constance had not been medically examined to determine her capacity on 18 December 2005.

The general rule is that the testator must have testamentary capacity at the time the Will is signed and witnessed: Perrins v Holland [2010] EWCA Civ 840.

The test of capacity is issue-specific and must be considered “in relation to the particular transaction and its nature and complexity”: Hoff & Ors v Atherton [2004] EWCA 1554.

The testator does not need to understand the legal terminology which gives effect to his wishes: Greaves v Stolkin [2013] EWHC 1140.

Knowledge and approval of the contents of a Will by a testator is presumed where an apparently rational and fair Will was properly executed after it was read over to or by a capable testator, unless the suspicions of the court are aroused. If the court’s suspicions are aroused it is for the propounder of the Will to prove that the Testator knew and approved its contents – Fuller v Strum [2001] EWCA Civ 1879.

Strauss QC sitting as a deputy judge reconciled strongly contrasting evidence of Constance’s capacity by regarding her as having ‘good’ days and ‘bad’ days.  The non-contemporaneous expert medical evidence was not conclusive on the issue of capacity but did agree that Constance would have had mild to moderate dementia in December 2005. The judge agreed with the medical experts that moderate dementia does not by itself mean that a person doesn’t have testamentary capacity and found that Constance was having a ‘good’ day on 18 December 2005. The evidence from the family members and other people present at the 88th birthday party when Constance gave her instructions was consistent and convincing.  Constance was clear and unconfused on that day and repeatedly gave clear instructions that her estate was to be split equally between her four children with David’s share being left to his Will trust.

Medical evidence was given by a Harley Street doctor Constance had seen on a yearly basis to monitor her general progress, that even as early as November 2004, when her son David died, Constance would not have had the necessary capacity to make a Will as he found her to have very poor short term memory at that meeting.  However the judge found that this evidence was not conclusive as the doctor did not formally assess her mental state in November 2004, her son and grandson had recently died at that point and some of the doctor’s views on testamentary capacity (rather than just general mental state) were based on what Robert had told him of the 88th birthday party at which neither the doctor nor Robert had been present.  The doctor was not concerned enough about her mental state to write to her GP until February 2007, despite having seen her in July 2005 and May 2006.

In reviewing the expert medical evidence the judge said that one of the uncontroversial points arising from it was that “a person might have testamentary capacity on one day but not on another, or even during part of one day but not during another part.”

When looking at testamentary capacity, the judge found that Constance knew she would be revoking her previous Will; knew her most substantial asset was her London house and that she had other assets including the flat. It was not necessary for her to have precise knowledge of all her assets as what she did know was ample: she was leaving the residue equally to her children; understood that her existing Will treated Robert more favourably than her other children; yet she wanted to make a Will which benefitted her three children and her dead son’s family equally; and wanted to thank Mary for her long service with a legacy of £20,000.

The judge did not find that Constance could remember the precise terms of her existing Will nor the reasons for favouring Robert.  Could that mean that looking at limb c) of the Banks v Goodfellow test, Constance had testamentary capacity as she could “recollect the identity of the people who deserve to be remembered but not the terms of, or reasons for, a previous Will”?

The judge held that the answer would depend on the detailed facts of each case “but to hold on the facts of this case that [Constance] did not have testamentary capacity would require too much, and would be inconsistent with the authorities which support the right of elderly people to make a Will disposing of their property as they see fit, even if their mental faculties are far from being at their peak.” Constance could have asked to see a copy of her then current Will, but instead decided in accordance with her lifelong philosophy to divide her property equally.

In this case the previous Will had been made nine years earlier, the differences in provision were slight and all the beneficiaries were obvious ones who received substantial gifts under both Wills. “It would be different if the testator was unable to remember the identity of the beneficiaries under a previous Will, whom she would still be likely, if reminded, to wish to benefit.”

The judge found that although he approached the issue of knowledge and approval with great care as two of the children who benefitted were present and Robert was not when the 2005 Will was executed, the evidence showed that Constance knew she was making a Will, took a conscious decision to make it and approved its terms.  No one put any pressure on her, “on the contrary, [Constance] made the running.”

The 18 December 2005 Will was upheld as valid and admitted to probate. 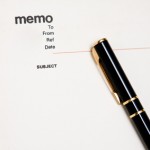 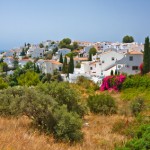