ADR – it cannot be ignored 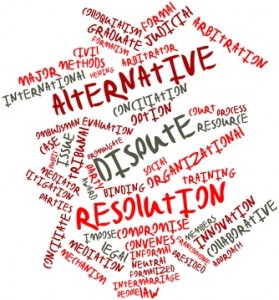 On 23rd October 2013 the Court of Appeal handed down judgment in PG II SA v OMFS Co.1 Ltd. [2013] EWCA Civ 1288. The decision is a warning to any who simply ignore an invitation to take part in Alternative Dispute Resolution and draws attention to the need for all litigators to read, digest and apply the contents of the Jackson ADR Handbook.

What happened in the PGII SA case?

Importance of the Jackson ADR Handbook

The Court of Appeal relied on the Jackson ADR Handbook (published in April 2013 and circulated to all judges) resulting from the Jackson report’s conclusion that “a culture change was needed among the civil litigation community, so that the widespread benefits of participating in ADR were better recognised.” A key recommendation of the report was that an authoritative handbook on ADR should be prepared. The Jackson ADR Handbook is that authoritative handbook. The Court of Appeal “firmly endorsed the advice given in Chapter 11.56 of the Jackson ADR Handbook, that silence in the face of an invitation to participate in ADR is, as a general rule, of itself unreasonable regardless whether an outright refusal, or a refusal to engage in the type of ADR requested, or to do so at the time requested, might have been justified, by the identification of reasonable grounds.”

The Court of Appeal commended the advice in the Jackson ADR Handbook at 11.56 as to how a party who believes he has reasonable grounds for refusing to participate in ADR at a given stage and wishes to avoid a costs sanction should behave in response to a request to engage in ADR. The advice is:

a) do not ignore the request;
b) respond promptly in writing giving clear and full reasons why ADR is not appropriate at this stage of proceedings, based, if possible, on the Halsey guidelines;
c) raise any shortage of information/evidence with proposals as to how that shortage might be overcome;
d) do not close off ADR of any kind and for all time.

Finally, as a warning to the profession the Court of Appeal stated: “as recognised by the weight placed on the judge’s decision in the ADR Handbook … this case sends out AN IMPORTANT MESSAGE to civil litigants, requiring them to engage with a serious invitation to participate in ADR.”

PG II SA is a classic example of how mere reliance on CPR Part 36 will not in today’s world be enough. Resolution of disputes at proportionate cost is now written into the overriding objective of the Civil Procedure Rules. Inheritance disputes are notorious for running up disproportionate costs. The reasons are many and include the impact of grief and emotion, the large number of factors to which the court is required to have regard and in some cases the number of parties involved. A dire problem is unpredictability. At the moment of writing yet another judgment is awaited in the case of Ilott v Mitson (the appeal of the Claimant against the District Judge’s decision that was remitted to the High Court). On the basis of the judgments of the Court of Appeal the District Judge was entitled to find that reasonable provision had not been made and the High Court judge would have been entitled to find, on the same facts, that reasonable provision had been made.   Offers under CPR Part 36 are not a satisfactory tool of negotiation in these situations, for such offers do not enable the parties to factor in risk. Alternative Dispute Resolution can do so.

The Jackson ADR Handbook sets out, in Chapter 4, the duties of lawyers in advising on ADR and they include “ensuring that the client is sufficiently aware of the ADR alternatives to litigation”, “advising the client on pre-action obligations to consider ADR” and “ensuring the client is aware of penalties that may result from unreasonable refusal to use ADR.” The first of these duties requires the lawyer to consider the range of ADR options. They are considered at length in the Handbook.  Mediation is particularly well suited to inheritance disputes, but Early Neutral Evaluation should not be ignored.

Chapters 13 to 17 of the Handbook address every aspect of Mediation. In particular the Handbook has helpful practical guidance on when to mediate, how to select a mediator, how to prepare for the mediation, what to expect at the mediation and on the special nature of mediation advocacy. The tips on timing are very important as resolution of disputes can become more difficult if mediation is only undertaken when disproportionate costs have already been incurred. Paragraph 3.02 of the Handbook says: “the trick in many cases was to identify the happy medium: the point when the detail of the claim and response were known to both sides, but before the costs that had been incurred in reaching that stage were so great that a settlement was no longer possible”.

Early Neutral Evaluation by an independent lawyer experienced in the field can save expense in cases where there is little or no dispute as to the facts. A suitable candidate for this treatment is often the sad case where a parent is compelled to claim against his or her own children: for example the cohabitant mother of a child whose father has died intestate. In cases in the Family Division, District Judges are willing to list cases for a CMC to be treated as a Financial Dispute Resolution hearing. It is likely that such a procedure will shortly become available in the Chancery Division following the recommendations of the Chancery Modernisation Review: Final Report in December 2013.

Early Neutral Evaluation can also be achieved as an addition to the mediation process by engaging a mediator who is experienced in the field and willing, if progress has been slow and all parties agree, to give a non binding recommendation as to what would be a reasonable settlement. A substantial proportion of mediators are opposed in principle to such an evaluative approach as an add on to a mediation. The pros and cons are helpfully discussed in Chapter 14 of the Handbook. If mediation is chosen, such a recommendation from the mediator will be the exception, not the rule. But experience tells that it is an expedient that in the right hands can be used, with both parties consent, to break deadlock. Generally if a recommendation is what is sought it is preferable to go down the Early Neutral Evaluation route.

Read the Jackson ADR Handbook, be informed as to the ADR options, always consider ADR and never fail to respond to an invitation to participate in ADR. 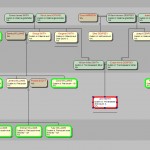 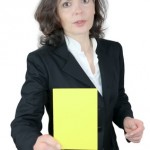 Take care with claiming the transferable nil rate bandProbate, Tax, Trusts, Wills
This website uses cookies for functionality and to help us to improve the experience of the website. By continuing to use this website, you accept their use or you can also change your personal settings.