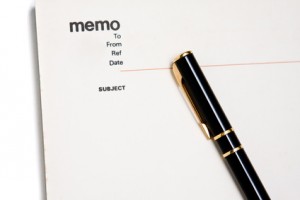 In this case the judge found evidence of actual lack of capacity rather than the propounder not being able to sufficiently show capacity.  The medical history was quite clear: the Testator had Alzheimer’s at the time the disputed Will was signed. The solicitor couldn’t show that he’d formed a proper view on capacity in the absence of his file notes.

Although the judge said he agreed with Mummery LJ in Hawes v Burgess that a court should not be too ready to find a lack of mental capacity if a Will has been drafted by an experienced independent lawyer who had no doubts about capacity, that view must be based on a proper assessment and accurate information or else it is worthless.  Such a view of capacity won’t be conclusive without further evidence of capacity.

Louisa Ashkettle died on 27 September 2007.  Her last Will was dated 18 January 1999 and left everything to her daughter Rosalind with statements as to why she had made no provision for her sons Robert and Dennis.  She stated that she did not have a good relationship with Dennis and Robert was said to have greatly upset her.  Both were also stated to have adequate means of their own.  Her previous Will dated 2 October 1986 had left everything equally between her three childr
en.

Louisa loved all her three children, but was particularly close to Robert. Following the death of her husband in 1990 Louisa’s physical health declined and by 1993 she stayed each night with Rosalind, but went home during the days.  Her eye sight deteriorated so she was at risk of falling and she started to suffer from memory loss, with a general increasing decline in her mental health over time from 1995.  In 1997 Louisa had successful surgery on her eyes and her vision improved greatly for a period, although this was disputed by Rosalind who claimed her mother’s continuing falls were still due to poor eyesight.  By 1997 Rosalind too became concerned over her mother’s mental condition and took her to see her GP who wondered if she had Alzheimer’s and referred her to a consultant specialising in Elderly Medicine.  He diagnosed Alzheimer’s.

In 1998 Rosalind claimed for Disability Living Allowance for her mother and signed a medical report undertaken by a doctor to confirm she agreed with his findings that her mother was “mentally confused”.  In 1998 Dennis stopped visiting Louisa as she no longer recognised him and he found it impossible to deal with Rosalind who had made visits difficult.  At the same time and for the same reasons, Robert visited less frequently.

The 1999 Will file had been destroyed by the time the Will was disputed so the evidence came from Rosalind and the solicitor who drafted the Will, based partly on what it was his normal practice to do.  He didn’t have a clear recollection of their meetings. When the solicitor saw Louisa with Rosalind in November 1998 to give instructions for a new Will the solicitor also discussed her having an EPA and only the file note concerned with the EPA survived but not the separate Will file note.  On the EPA file note the solicitor did not record who was giving the instructions but he did judge her to have sufficient mental capacity although she was frail. 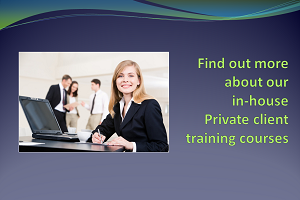 The Will was signed on 18 January 1999 when the solicitor signed it on Louisa’s behalf. On 19 January 1999 Rosalind took her mother to a new GP (having moved surgeries without explanation) who was unable to assess her poor eyesight “because of impaired mental state”.

Louisa’s sons challenged the 1999 Will on the basis that it wasn’t properly executed, their mother lacked testamentary capacity, she didn’t know and approve its contents and alternatively their sister had exercised undue influence.

Medical experts reviewed Louisa’s medical history and agreed that although she suffered from dementia due to the Alzheimer’s she would have had the capacity to understand the nature and consequences of the act of making a Will.  However they disagreed on the other aspects of the test for capacity: to appreciate the extent of her estate and to appreciate the moral claims of those who might reasonably expect to benefit.   The sons’ expert took the view that Louisa lacked capacity on both those grounds with her degree of dementia being between mild and moderate, while Rosalind’s expert said it was for the court to decide this aspect based on its view of the non-medical evidence.

For a valid Will there needs to be sufficient evidence of the Testator giving a positive direction or instruction for it to be signed on their behalf: Barrett v Bem [2012] EWCA 52.

A Will does not have to be fair as its provisions can be unfair and vindictive but if the terms are surprising, that may indicate lack of capacity or lack of knowledge and approval: Cowderoy v Cranfield [2011] WTLR 1699.

The burden of proof for mental capacity was summarised by Briggs J in Re Key [2010] EWHC 408:

(i) While the burden starts with the propounder of a will to establish capacity, where the will is duly executed and appears rational on its face, then a court will presume capacity.

(ii) In such a case the evidential burden then shifts to the objector to raise a real doubt about capacity.

(iii) If a real doubt is raised, the evidential burden shifts back to the propounder to establish capacity nonetheless.

In this case Judge Pymont QC mentioned the dictum of Mummery LJ in Hawes v Burgess [2013] WTLR 453 that a court should not be too ready to find a lack of mental capacity if a Will has been drafted by an experienced independent lawyer who had no doubts about capacity.  A court should be cautious in preferring the non-contemporaneous evidence of a medical expert who had not met the deceased.  Pymont QC said he accepted “the wisdom of these comments though I observe that they do not go so far as to suggest that, in every case, the evidence of an experienced and independent solicitor will, without more, be conclusive.”  The solicitor’s view of capacity must be based on a proper assessment and accurate information or else it is worthless.  As Mummery LJ acknowledged in Hawes v Burgess, the very terms of the Will may indicate that the solicitor’s assessment was not soundly based.

Knowledge and approval of the contents of a Will by a testator is presumed where an apparently rational and fair Will was properly executed, unless the suspicions of the court are aroused. If the court’s suspicions are aroused it is for the propounder of the Will to prove that the Testator knew and approved its contents – Fuller v Strum [2001] EWCA Civ 1879.

In reviewing all the evidence, Pymont QC took into account that the principal events took place at least 14 years ago so the witnesses were bound to have difficulty recalling them accurately and may have been coloured by the strong emotions on both sides.  Even so, he found Rosalind “an unconvincing witness, whose evidence on crucial matters is unreliable.”

Although he viewed the evidence as weak the judge found that Louisa had given sufficient direction for the solicitor to sign the 1999 Will on her behalf so it was validly executed.

He found that Louisa did not have mental capacity when the 1999 Will was signed. The sons had raised real doubt as to Louisa’s capacity and Rosalind had then failed to prove capacity after the evidential burden shifted to her.  He went further and said he found the evidence to show actual lack of capacity, rather than just that Rosalind had failed to prove sufficiently that she did have capacity.

In reviewing the medical evidence, the judge found that the degree of dementia was significant by September 1997, with no improvement to have been expected as it is a progressive disease and no lucid intervals were likely to arise. By 1999 her “mental condition must have deteriorated badly”.

Although he had tentatively found that Louisa had given sufficient direction for the Will to be validly executed by the solicitor on her behalf he regarded this lack of signing by her as being due not to Louisa’s poor eyesight or physical frailty but as a further indication that she lacked capacity.  He viewed evidence from one of the witnesses as showing Louisa to have been passive during the meeting and not proving that she understood what was being done.  Lack of contemporaneous file notes meant that there was no way of showing that the solicitor had asked open questions during his brief meetings with Louisa and so could have been led to believe Louisa had capacity from her “social façade”.

The judge did not feel that the oral evidence of the giving of the 1999 Will instructions or execution were a “full and satisfactory explanation of what really happened” and did not agree that Louisa would have had mental capacity at that time.  As the Will file had been destroyed there was no way of proving that proper instructions were given for the Will either by Louisa or Rosalind on her behalf.  There was no evidence of whether it was Louisa or Rosalind who gave the instructions.

The judge found that the statements in the Will recording the reasons for making no provision for Dennis or Robert were incorrect and irrational.  He found that Louisa would not at the time of making her 1999 Will have been able to appreciate the extent of her estate or the moral claims of Dennis and Robert.

He found that the 18 January 1999 Will was invalid and so the 2 October 1986 Will was admitted to probate.  He did not deal with the issue of undue influence as it would only arise if the Will was valid. 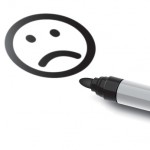 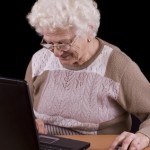 Wills, capacity, knowledge and approval – Simon v Byford & Ors [2013] EWHC 1490Elderly/Vulnerable Client, Wills
This website uses cookies for functionality and to help us to improve the experience of the website. By continuing to use this website, you accept their use or you can also change your personal settings.