Trustees’ Guide to Inflation – the Good, the Bad and the Ugly 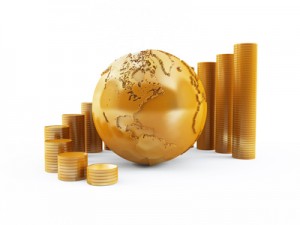 I never really thought of my old Gran as being a fund manager. When I looked in her kitchen cupboard and saw 15 year old tins of chicken and 20-year-old tins of ham, it never occurred to me that I was looking at an investment portfolio.

When Gran was young the investment objective was simple. It was making sure that if worst came to worst, at least the family had something to eat. She had inflation beat and she had a simple divestment strategy.

LDI (Liability Driven Investment) is clearly not such a new idea, as many investment professionals in the pensions industry, would like us to think.

Trust beneficiaries have more sophisticated wants but maintaining the real value of capital and income is still a major issue.

Given that Index-Linked Gilts are so expensive, trustees need to explore other avenues for inflation protection and that means understanding a bit more about what drives inflation and why internationalising the investment strategy might help.

The good side of Inflation

When you read about inflation it is generally seen as bad. The purchasing power of money on deposit falls, and the compensation for that, in the form of interest, is taxed. The deflation in the Japanese economy was not entirely bad for its large retired population. Their cash deposits grew in value because prices were falling, and best of all there was no tax to pay.

Inflation in the West

In the UK inflation is a useful tool, particularly if it can be generated by a falling exchange rate. It reduces the real value of debt in the economy. It also means that real wage costs fall in the UK, making British manufactured goods more competitive internationally.

It rebalances the economy more towards manufacturing, which in the long term is healthy because it provides a number of low skilled jobs. A better balanced economy must be good in the long term, and ultimately we have to pay our way in the world, but in the short term, pain is the order of the day.

Exchange rates and inflation are useful rebalancing mechanisms. One of the major problems in Europe is that German manufacturing is extremely efficient and Greek manufacturing is relatively inefficient. The Greek currency is therefore overvalued and the German currency is undervalued. The problem is that they are the same currency and so adjusting the exchange rate is not an option.

Inflation in the East

In the China and Singapore the problems that inflation might help solve, are quite the opposite. There the problem is redistributing wealth down to the worst paid in society.

China is doing this by supporting workers in their fight for higher wages. If factory wages rise, that enables businesses that serve these workers to increase their prices and improve the standard of living of their own workers. This goes all the way down to the farmworkers who feed them.

Singapore is taking a different approach. Its economy focuses on having a highly educated workforce, capable of working in high value added jobs, whether they be in services or manufacturing. That means that there are not enough workers to fill the low skilled jobs and so immigrants fill the vacancies.

The Singapore government therefore intends to improve the living standards of the low paid by improved training and restricting the immigration of low skilled workers. If the supply of low skilled workers is restricted, it is inevitable that wages will rise. If the wages of shop assistants and street hawkers rise, so will prices.

To combat the resulting inflationary pressures, Singapore has a policy of having a strengthening exchange rate.

The East and the West represent two sides of the same coin. Improving living standards in the East will drive up the price of food and fuel, increasing inflation in the West and hence driving down real wages. Equally rising living standards in the East are driving up real wage costs there, making their goods less competitive but stimulating their local service industry.

The world still seeks out cheap labour. There has been much in news about sweatshops in Pakistan. A hundred years ago there were similar sweatshops in New York. Twenty five years ago they were in China. Unpleasant as it is, it is all part of a broader economic story, and even economic progress.

The net effect globally, is to increase production and living standards, but there are winners and losers.

We live in a global economy, and it is important to understand what is driving inflation in the rest of the world too, because it has major implications for how we protect ourselves from inflation in the UK. The economic crisis was part of a process occurring as a result of major imbalances in the economy of the whole world. From then on, being parochial was no longer an option for a serious investor. 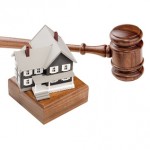 Are the assets of a company part of the matrimonial pot?Trusts 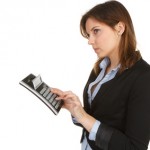 Costs budgeting for trustees post 1st April 2013Practice Management, Trusts
This website uses cookies for functionality and to help us to improve the experience of the website. By continuing to use this website, you accept their use or you can also change your personal settings.