Are the assets of a company part of the matrimonial pot? 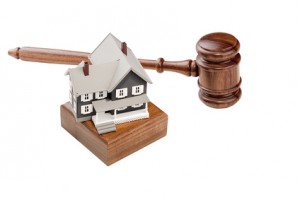 The Courts of the Family Division have a wide remit to adjust the wealth of the parties to a divorce.  Classic strategies to protect wealth prior to divorce usually include the use of pre-nuptial settlements; specific provision in the articles, shareholders’ agreement or charter of a family company (although assets of and income arising to wholly-owned companies may be viewed as the personal resources of the divorcing shareholder) and the use of trusts.

Traditionally, the Courts of the Family Division have been reluctant to ‘pierce the corporate veil’ while increasingly using ‘judicious encouragement’ to persuade trustees of trusts to make distributions to meet court orders.

Earlier this year the Supreme Court considered this issue further and its decision has recently been applied by the Court of Appeal.

The Supreme Court gave its judgment in Prest v Petrodel Resources Limited and others [2013] UKSC 34 on 12 June 2013 on the extent of the Court’s powers under s23 and 24 of the Matrimonial Causes Act 1973 in ancillary relief proceedings. Because of the way in which the husband had arranged his business affairs through “his” company- Petrodel Resources Limited (“the Company”)- and then conducted himself in the proceedings, the Supreme Court had cause to examine the beneficial ownership of seven properties legally owned by the Company and the operation of resulting trusts.

In Prest, Lord Sumption determined, with the support of the rest of the Supreme Court, that the company held the properties on trust for the husband and as such they were to be added to the pot of matrimonial assets. The decision in Prest did not “pierce the corporate veil” as some may be tempted to think; rather the Supreme Court looked at the specific facts relating to the acquisition of each of the relevant properties to determine whether, in fact, the company had acquired the property as a company asset or merely to give the impression that the property was not an asset of the husband.

From Prest, it can be seen that relevant to such matters will be: the conveyancing history; who provides the purchase monies; whether a market value is paid; and if the house is occupied as a family home, whether a commercial rent is paid to the company.

The importance of some of these considerations was recently examined by the Court of Appeal in the post Prest decision of Smith v (1) Bottomley and (2) Coach House Properties Ltd  [2013] EWCA CIV 953. Lord Justices Lloyd and Jackson with Mr Justice Sale (who gave the leading judgment) heard the appeal by Ms Smith who claimed to be beneficially entitled to a half share in three properties owned by Mr Bottomley or the Second Defendant, which was a company wholly owned and controlled by Mr Bottomley. Ms Smith and Mr Bottomley had co-habited for a number of years, had a child together and had been engaged to be married.

The main argument was over the significance of “The Barn”. When it was purchased, Mr Bottomley had contracted for the sale personally (as he feared that a sale to a company would not have gone ahead) but when the sale was completed, his company was the purchaser and provided the balance of the purchase price. Company assets were then used to renovate the Barn. Counsel for Ms Smith had to accept that on the facts, this was not a case where there was scope for “piercing the veil” so as to identify the Company with Mr Bottomley. It is unfortunate that Mr Justice Sale used this language as the decision in Prest was not based on piercing the veil- rather that when the acquisition of the properties was examined, they were in fact, purchased for the husband and were therefore held on trust for him. The judge could properly have restricted himself to considering only where the money to purchase the Barn had come from and the fact that it was never occupied as the family home, which he did proceed to examine but only after an unnecessary reflection on the corporate veil.

This judgment from the Court of Appeal is an encouraging indication that Prest will be applied in the way that Lord Sumption indicated at paragraph 52 of his judgment where he said:

“Whether assets legally vested in a company are beneficially owned by its controller is a highly fact-specific issue. It is not possible to give general guidance going beyond ordinary principles and presumptions of equity, especially those relating to gifts and resulting trust. But I venture to suggest, however tentatively, that in the case of the matrimonial home, the facts are quite likely to justify the inference that the property was held on trust for a spouse who owned and controlled the company. In many, perhaps most cases, the occupation of the company’s property as the matrimonial home of its controller will not be easily justified in the company’s interest, especially if it is gratuitous.”

Ms Smith was almost certainly bound to fall at the first hurdle as the Barn was never occupied by Ms Smith and Mr Bottomley as a matrimonial home, the purchase price came from the company and the cost of renovation was met by the company.

I would anticipate that this post Prest decision of the Court of Appeal will assist legal advisers (particularly those acting for the wife against a husband with a wholly owned company) in determining which assets can be realistically pursued.

In matrimonial cases, for an asset to be likely to be found to be held on trust for the husband (as it will usually be), the courts should be mindful of the usual legal considerations as Lord Sumption and Lord Neuberger indicated, and consider if arrangements have been made to “disguise the true nature” of that arrangement – i.e. a separation of legal and beneficial ownership which is not apparent on the face of a transaction.

It would appear likely that if Ms Smith were to seek advice now, she would be told that the chances of her proving any entitlement to the Barn as a result of it being held for her husband, rather than by the company, would be negligible on the facts that existed.

Perhaps the application of common sense and trust law can prevail after Prest such that the floodgates of ancillary relief proceedings and piercing the corporate veil are not breached. 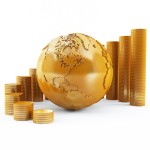 Trustees’ Guide to Inflation – the Good, the Bad and the UglyFinance & Investments, Trusts
This website uses cookies for functionality and to help us to improve the experience of the website. By continuing to use this website, you accept their use or you can also change your personal settings.