A horror story for Investors – what can trustees do? 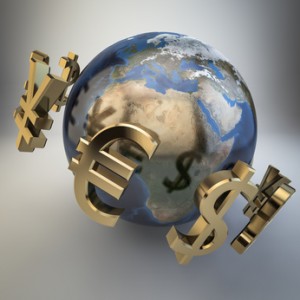 It’s easy to pay off the first Wonga loan. You just take out a bigger loan next time. However, eventually the debt just becomes too big to service.  Understanding that is central to understanding the investment world as it has now become.

What China did in the 1990s was to cut the cost of manufacturing with cheap labour. It even lent the money back to the West, in this case primarily the US government. It might have destroyed manufacturing jobs in the US and Europe, but otherwise it was wonderful. The lower manufacturing costs meant inflation was subdued, the supply chain could be more profitable, and more could be spent on other things like government and houses.

With China financing the US government, the banking system had more money to lend, to just about everybody, but particularly other governments and consumers. Banks make a profit by taking deposits and lending the money out. If they could not lend, they could not make a profit, and so the search for borrowers was on.

The obvious solution is for everyone to start paying off their debts. The problem is that we are not dealing with an isolated individual, we are dealing with whole populations and governments and that makes the situation that much more difficult.

What one needs to appreciate is that if you buy a washing machine for £400, about £200 goes to the manufacturer and £200 goes to pay for the supply chain: the importer, the wholesaler and the retailer.

If consumers stop spending and pay off debt instead, not only are they no longer supporting the manufacturers, they are no longer supporting the shops that sell the goods. Shops close and people lose jobs which puts pressure on wages and makes it more difficult for people to pay off the debt and so they consume even less. That threatens a downward spiral to depression and mass unemployment, like the 1930s.

However governments have a possible solution. If they print money it will

2)      Cause a degree of inflation, which reduces the real value of existing debts, and enables nominal wages to be maintained while real wages fall, making our goods more price competitive internationally

3)      Helps prevent interest rates rising, which itself could cause more defaults, and low interest rates reduces the cost of the extra debt the government is still taking on.

The Weimar Republic tried something similar in the 1920s, caused hyperinflation and eventual economic collapse with the currency going into free fall.

Can western governments and central banks steer that difficult course between economic depression and hyperinflation? The answer is, so far so good, but debt is still rising. The jury is still out and a verdict is not expected for at least a decade.

It is a terrible time for investors. The risks are higher than they have been in living memory.

It is also worth looking at the situation from an Asian perspective. Asian savers have been depositing the money that western borrowers have been spending, and they now  see their own living standards improve. . Wages in China are rising fast, as is consumption. The downside from their point of view is that their traditional export markets are not buying like they used to. From our perspective, if manufacturing costs in China are rising that feeds through to inflation in this country, but it helps our manufacturers to become more competitive.

For investors, there are any number of reasons to be fearful. Some of those reasons will come into the spotlight in the coming years, causing extreme volatility in the investment markets. Unfortunately investors have no option but to play the game.

There are no longer any low risk investments. The threat of inflation turns even cash into a risky investment.

What can trustees do if they want to protect the purchasing power of their funds?

In the short term try and guarantee your cash flow needs. In the long term diversify, and then diversify some more.

There is an old Chinese curse “May you live in interesting times”. Governments around the world are undertaking an economic experiment that has never been tried before. To be fair they had no choice but of one thing I am certain, it is that economists will be studying what happens next well into the twenty second century.

House of Lords looks at changes to Inheritance (Provision for Family and Dependants) Act 1975Comment, Probate, Trusts
This website uses cookies for functionality and to help us to improve the experience of the website. By continuing to use this website, you accept their use or you can also change your personal settings.