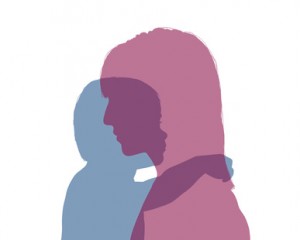 The Inheritance and Trustees’ Powers Bill 2013 was introduced in the House of Lords on 30th July 2013. Clause 6 and Schedule 2 of the bill contain a number of proposed amendments to the Inheritance (Provision for Family and Dependants) Act 1975. The amendments are the result of a wide-ranging consultation and address a number of anomalies and controversies that have arisen over the life of the Act together with some amendments which sensibly reflect the changing social and demographic environment its  lifetime.

A new section 2(1)(h) also expands the powers of the Court permitting a variation of the trusts on which an estate is held (whether Will trusts or those arising upon intestacy). Such variation, however, must be for the Applicant’s benefit.

The Act currently requires that the deceased be domiciled in England and Wales. Domicile arguments have become more common in recent years reflecting perhaps the growing proportion of the population who either are or are descended from immigrants. It has been a contentious pre-requisite as it can have a seemingly arbitrary effect disqualifying, on occasion, applicants who are long settled within the jurisdiction on the basis of a technical and relatively obscure doctrine. It is, of course, possible to live virtually ones entire life in a country, marry, work, buy property, have a family and ultimately to die all without acquiring a domicile of choice in that country.

The amendment does not dispense entirely with the requirement of domicile but rather introduces an alternative qualification requirement –being that the applicant was habitually resident in England and Wales at the date of the deceased’s death. While this would have saved the need for a domicile argument in most reported cases (e,g, Holliday v Musa (2010) EWCA Civ 335, Agulian v Cyganik [2006] EWCA Civ 129) it does raise the unattractive possibility of a Court needing to consider the domicile of one party and the habitual residence of another within the same preliminary hearing.

Section 4 of the Act has also been amended to resolve the difficulty thrown up by CPR Part 57.16(3)(a) which requires an application to exhibit a copy grant. It is now expressly permitted to issue an application prior to the issue of a grant.

Clarification is also afforded as to whether certain esoteric grants start the 6 month limitation period prescribed by s.4 of the Act running (e.g. grants limited to settled land or to trust property, to real estate or to personal estate). Generally the answer is that they do not save where another grant limited to the remainder of the estate has already been made or is made concurrently – albeit specific reference to the section should be had in each individual case. A grant “resealed” in the UK under the Colonial Probates Act 1892 is treated as a grant made in the United Kingdom but “made” on the day it was resealed rather than the day upon which the overseas grant was originally taken.

A new subsection 1(2A) clarifies that an applicant can be treated as a “child of the family” for these purposes even where the “family” concerned existed only in the context of the relationship between the deceased and that applicant. Per the explanatory note: “Thus, a “single parent family” is included within the scope of new section 1(1ZA)(e)”.

As the Act stands section1(1)(e) applicants are required to demonstrate that “…the deceased was, otherwise than for full valuable consideration, making a substantial contribution towards (their) reasonable needs…”. The phrase “otherwise than for full valuable consideration” has proven problematic sometimes giving rise, even in the context of a purely domestic arrangement, to a minute analysis of the net balance of support – a so-called “balance sheet approach”.

The words “otherwise than for full valuable consideration” are to be replaced by a narrower exclusion only of those contributions made for “full valuable consideration pursuant to an arrangement of a commercial nature”. Again this is a most welcome amendment reflecting as it does that in contemporary society many households comprise two or more breadwinners each of whom affords a degree of mutual support to the other(s).

Section 3(4) which deals with the particular considerations to which a court is directed in considering applications by what are currently s1(1)(e) applicants is now sub-divided into 3(4)(a) under which the court must consider the duration of the maintenance, the basis upon which it was provided and the extent of the contribution and section 3(4)(b) which considers whether the deceased “assumed responsibility for the applicant’s maintenance” and if so to what extent.

The welcome effect of this superficially banal amendment is to remove what had become the additional requirement of an identifiable “assumption” of responsibility for maintenance in order for an Applicant under s1(1)(e) to succeed. While it might have been thought that s1(1)(e) was a self-contained qualification provision and that s3(4) was relevant only to the consideration of the adequacy or quantum of provision, the Court of Appeal in Baynes v Hedger [2009] EWCA Civ 374 had confirmed : “That such an assumption of responsibility is a necessary ingredient of a person entitled to claim under s.1(1)(e) (as) was pointed out by Sir Robert Megarry V-C in Re Beaumont and accepted… by the Court of Appeal in Jelley v Iliffe”. Thanks to this amendment that gloss is now removed.

A further amendment to Section 3 occurs at subsection 3(2). It provides an answer to the old question of whether, in the case of a claim by a spouse or civil partner, the divorce fiction represents “a floor or a ceiling”. The answer? It is neither; albeit one would be surprised if, in practice, an applicant spouse would receive less on an application under the 1975 Act than on an application for ancillary relief other than in an exceptional case. The amendment, however, needs to take into consideration that not infrequently the event of the deceased’s death will increase the pool of assets available for distribution. That increase might be as a result of a benefit accruing to either the applicant directly or to the estate. Examples would include the payment out of death in service benefits or policies of life insurance. In such cases the distribution on divorce would not be comparing like with like (as the asset pools would be different) and the results would consequently demand to be approached with caution.

Section 9 of the Act permits a Court to take into account, and indeed to make provision out of, property held by the deceased on a joint tenancy. It is amended in two respects.

First by the removal of the words: “before the end of the period of six months from the date on which representation with respect to the estate of the deceased was first taken out“. The effect of this amendment is to remove an anomaly (and trap) whereby an application permitted to proceed out of time pursuant to section 4 could not take advantage of the power afforded the Court under Section 9 as it had, effectively, its own free-standing limitation provision with no discretion to extend.

The problem identified by the Court of Appeal in Dingmar v Dingmar [2006] EWCA Civ 92 is also addressed. The words “at the value thereof immediately before his death” are removed and replaced with a new subsection 9(1A).  Prima facie the Court will now consider the value of any property recouped under Section 9 at the date of trial but may choose a different date if appropriate (e.g. if there has been a dramatic change in the value of the property in the meantime).

As it stands section 25(1) of the 1975 Act defines the net estate for the purposes of the 1975 Act. Subsection 2(3A) now confirms that the court is entitled to assess the net estate on the assumption that the order has already been made (e.g. after a significant saving of IHT on provision being made for a applicant spouse or civil partner). Again this seems entirely sensible albeit the writer’s experience that it is what was, in reality, occurring in such a case in any event. Nonetheless insofar as the Act was ambiguous it is desirable that the matter be put beyond doubt. 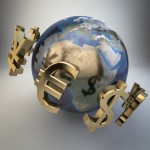 A horror story for Investors – what can trustees do?Comment, Finance & Investments 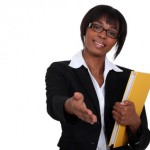 If in Doubt, Uphold the Will – An Analysis of Re Devillebichot [2013] EWHC 2867Probate, Wills
This website uses cookies for functionality and to help us to improve the experience of the website. By continuing to use this website, you accept their use or you can also change your personal settings.