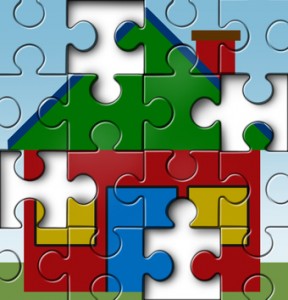 Romana Ross died on 13 July 2008 leaving a Will dated 21 October 1988.  By this Will she appointed Lawrence Petterson, the senior partner in a firm of solicitors, as her executor.  The deceased left her estate between her three children Diana Ross, Lorenzo Ross and Gianni Ross via specific legacies.  Following an initial dispute about the validity of the Will which was not pursued as it was not likely to succeed, probate of the Will was granted to Lawrence on 21st June 2012. A problem arose during the administration of the estate as there were insufficient liquid assets to discharge the estate’s liabilities so resort needed to be made to the specific legacies which would need to be abated.  There was also a dispute as to the size of the liabilities. The deceased left one property to her daughter Diana which was expressed to be “free from any mortgage or Legal Charge to which the same may be subject at the date of my death”.  This property was indeed subject to a mortgage of just over £50,000 and was repossessed during the estate’s administration by the mortgagee.  A surplus of funds of approximately £45,000 was likely following its intended sale, with the outstanding debt having risen to just over £67,000. [product id=”” sku=”CS-SOO”]A café was run from the downstairs of another property by the deceased during her lifetime and she employed her son Lorenzo in the business on modest wages.  The upstairs was used by Diana as a hairdressing salon business.  The downstairs part of the property and the café business were left “subject to any Charge or liability” 50% to Lorenzo and 25% to each of Diana and Gianni.  The upstairs part was left solely to Diana.  There was a small outstanding charge on the property. A third UK property was left to Lorenzo, with a modest piece of land in Italy being left equally to the three children. Lawrence asked the court to decide how each specific legacy was to be abated as the children could not agree on which assets should be used in discharging the debts. Lorenzo and Gianni argued that the property left to Diana free of mortgage should in fact bear the incidence of repaying that mortgage and acted as litigants in person at the hearing.

Without agreement between the parties the court was required to decide the case on the basis of the rules of abatement set out in the Administration of Estates Act 1925 (“AEA”) and did not have discretion to consider any issues of fairness. Section 34 AEA provides that where the estate is solvent … his real and personal estate shall, subject to … provisions herein contained as to charges on property of the deceased and to the provisions, if any contained in his will, be applicable towards the discharge of the funeral testamentary and administration expenses, debts and liabilities payable thereout in the order mentioned in Part II of Schedule 1. Part II of Schedule 1 provides the order of application of assets of a solvent estate.  The relevant one in this case was the sixth in the order, being property specifically devised or bequeathed, rateably according to value. Section 35(1) deals with dispositions by will of property which at the time of death is subject to a charge. It operates … where the deceased has not by will deed or other document signified a contrary or other intention. and provides that the property in question is primarily liable for the payment of the charge, rather than residue.

[product id=”” sku=”CS-SOO”]Judge Behrens stated “It is, to my mind, a great pity that [the children] were not able to reach [such] an agreement. Apart from other factors it means that substantial costs have been incurred in these proceedings which will further diminish the estate.” Behrens J held that the deceased had given clear contrary intention in her Will that the first property was to be left free of mortgage so following s35 AEA the mortgage on that property was to be discharged out of residue and not out of the proceeds of sale of the property. The second property was held to be primarily responsible for the charge secured on it as no contrary intention was expressed by the deceased (and she had in fact said that the property was to be subject to any charge). Behrens J set out how abatement was to be applied to the estate’s assets to cover the liabilities that could not be satisfied by liquid residuary assets. Behrens J gave a warning, encouraging the parties to reach agreement on the other matters over which they were in dispute and which were not part of the case before the court: “It will also have to be borne in mind that this estate is by no means finalised. If the parties are not careful there is a risk that, like the litigants in Bleak House, the whole estate will be eaten up in costs.” 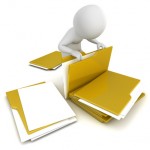 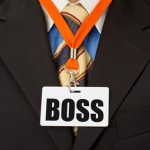 What happens when a sole shareholder & director dies?Probate
This website uses cookies for functionality and to help us to improve the experience of the website. By continuing to use this website, you accept their use or you can also change your personal settings.