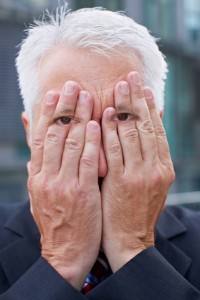 In an application brought by the three adult children of an elderly man suffering with dementia (X), Judge Hedley had to determine a number of issues in relation to X’s capacity, namely  whether he had capacity (1)  to marry (2) to make a Will (3) to revoke or grant an Enduring/Lasting Power of Attorney (4) to manage his affairs (5) to litigate and (6)  to decide with whom he had contact, although this point was not of current determination. This significant case has provided effective guidance by Judge Hedley on the approach taken by the Court of Protection (COP) to the question of capacity.

The case involved X, an elderly man of considerable wealth and intelligence, who had successfully run the family business. After the death of his wife, X was diagnosed with dementia. X had been married for 56 years and had three children A, B and C, who are all married with children of their own. The death of X’s wife was a shock to X and his family and brought to the fore a number of issues that until then had been managed within the family.

Although X was a skilled businessman, he did not enjoy the routine administration of the family business and delegated this facet of the business to others be it his secretary, a professional or a member of his family. In 2007, it had been noted by the family that X was becoming increasingly forgetful to the extent that, the second Applicant B, took over the administration of X’s affairs. Personal relationships within the family were still good at this point.

On the 6th May 2008, X was diagnosed with dementia and in September 2008, X executed Lasting Powers of Attorneys (LPAS) in favour of A, B and C. In July 2010, Z was employed as a full-time carer for X. By October 2010, X believed himself to be in love with Z and was co-habiting with her and expressed the wish to marry her. X’s relationship with his family began to deteriorate due to the relationship.

X had always taken considerable pride in his personal competence and management of his life and affairs and began to increasingly resent others running his life for him. Judge Hedley was satisfied that A, B, C and Z had honourable intentions towards X.

Z had a strong personality and ultimately clashed with A and relations between the family deteriorated further as A and Z expressed concern about the good faith of the others towards X and effectively put X in an impossible position. X relied on Z and was influenced and increasingly dependent on her such that he took her side on many points. Accordingly, X became estranged from A, B and C, who then began litigation proceedings.

Judge Hedley had to consider three sets of expert medical evidence, two experts were instructed by either side and the third was jointly instructed. Judge Hedley then considered the specific issues in relation to X’s capacity of which he had to determine.

The case centred on X’s capacity and the application thereof to six specific issues.  Judge Hedley set out the requisite legal framework that the Court of Protection must operate within, when dealing with issues of capacity and  determined that the Court must first consider the Mental Capacity Act (2005) (‘MCA 2005’)  particularly:-

subsection (4)  ‘A person is not to be treated as unable to make a decision merely because he makes an unwise decision’.

2.  Section 2 (1) provides  ‘For the purposes of this Act, a person lacks capacity in relation to a matter if at the material time he is unable to make a decision for himself in relation to the matter because of an impairment of, or a disturbance in the functioning of, the mind or brain,’ and

3.  Section 3 (1) specifies ‘For the purposes of section 2, a person is unable to make a decision for himself if he is unable to

(a)    To understand the information relevant to the decision

(b)   To retain that information

and by Section 3 (4) ‘The information relevant to the decision includes information about the reasonably foreseeable consequences of- (a) deciding one way or another, or (b) failing to make that decision’.

In his judgment Judge Hedley considered the six constituent elements of the case in turn.

“(i)          It is not enough that someone appreciates that he or she is taking part in a marriage ceremony or understands its words.

(iii)          This means that he or she must be mentally capable of understanding the duties and responsibilities that normally attach to marriage.

Judge Hedley also went on to agree with Munby J’s judgment where he found; “We must be careful not to set the test for capacity to marry too high, lest it operate as an unfair, unnecessary and indeed discriminatory bar against the mentally disabled”.

When applying the above test to the current case Judge Hedley found that the Applicants had not demonstrated that X lacked the capacity to marry particularly as the requirements for capacity are relatively modest. The Judge added of course that it was not for him to find if a decision to marry was wise or unwise and whether it would lead to happiness or regret.

In considering this question Judge Hedley referred to the long established law as set out in Banks v Goodfellow [1870] LR 5 QB 549. In particular, the following observations of the Lord Chief Justice;

“It is essential to the exercise of such a power that a testator shall understand the nature of the act and its effect; shall understand the extent of the property of which he is disposing; shall be able to comprehend and appreciate the claims to which he ought to give effect; and with a view to the latter object, that no disorder of the mind shall poison his affections, pervert his sense of right, or prevent the exercise of his natural facilities – that no insane delusion shall influence his will in disposing of his property and bring about a disposal of it which, if mind had been sound, would not have been made”.

When applying this to the facts of the current case Judge Hedley found the issue quite difficult. In particular, while X made perfectly proper and sensible proposals in his Will and his statement demonstrated an understanding of his obligations, the medical evidence pointed to a dramatic and inevitable further deterioration in X’s health. Judge Hedley concluded that he could not make a general declaration that X lacked testamentary capacity, although he found that there would undoubtedly be times when he does lack testamentary capacity. But equally, and importantly, Judge Hedley found that there would be many times when X does not lack mental capacity.  Although he added that going forward the times when X lacked capacity would become more frequent and so cautioned, that any future Will unaccompanied by contemporaneous medical evidence, may be seriously open to challenge.

Again Judge Hedley found this a difficult issue, but in the end reached the same conclusion as with X’s capacity to make a Will. Again Judge Hedley was unwilling, on the evidence, to make a general declaration that X lacked the necessary capacity, although he qualified that decision by concluding that X’s capacity is likely to diminish in the future and there will be times when he retains capacity and times when he will not. Consequently Judge Hedley felt that, as with any future Will, the exercise of the power to revoke in the future, unless accompanied by contemporaneous medical evidence as to capacity, would give rise to a serious risk of challenge or refusal to register.

On this issue, Judge Hedley considered the approach taken by Kennedy, LJ in the Court of Appeal decision of Masterman-Lister v Brutton & Co & Ors (2003) 1 WLR 1511 and the medical evidence. He determined that he was satisfied that on balance, X lacked the capacity to manage his own affairs. He noted that X’s executive function had deteriorated particularly in relation to the complexity of his business affairs, although at times there may be a snapshot of his condition, which would reveal an ability to manage his affairs.

Applying the observations of Chadwick, LJ at paragraph 75 of Masterman v-Lister in relation to the capacity to litigate, Judge Hedley reiterated that ‘The test to be applied as it seems to me, is whether the party to the legal proceedings is capable of understanding, with the assistance of proper explanation from legal advisers and experts in other disciplines as the case may require, the issues on which his consent or decision is likely to be necessary in the course of those proceedings. If he has capacity to understand that which he needs to understand in order to pursue or defend a claim, I can see no reason why the law – whether substantive or procedural – should require the interposition of a next friend.’

Judge Hedley noted that this point ‘follows closely on the question of management of one’s  own affairs, but it requires in this case, in my judgement, separate consideration because it does operate in a separate and more restricted time frame, but a time frame quite different to the decision to make a Will or grant a power of attorney.’ Judge Hedley referred to X’s hearing difficulties but determined that they had no real bearing on capacity. He confirmed that X could understand some aspects of the case but in the round he lacked capacity to conduct the litigation, even with the skilled advice available to him. He confirmed that he was satisfied that in his findings to both the issues to manage his own affairs and to litigate ‘the causal link to the question of the impairment or disturbance in the functioning of the mind or brain is satisfactorily established in the medical evidence.’

Judge Hedley determined that he did not want to make a finding on the current evidence as to X’s capacity to decide with whom he should have contact. He emphasised the need for all parties to ‘take stock’ as X’s ‘capacity and wellbeing are at the mercy of the stress generated by this family dispute’. 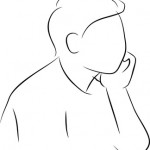 Do we need a General Anti Abuse rule for care costs as well as tax?Comment, Elderly/Vulnerable Client, Gill's Blog