Simplification of IHT charges in relevant property trusts – what might it mean for your clients?

There are three main occasions when IHT may be charged on relevant property trusts, namely:

HMRC published a consultation paper “Inheritance Tax – simplifying charges on trusts” in July 2012 identifying a number of possible areas for simplification or reform.

A second consultation document was published on 31 May 2013 building on the feedback to the first consultation and identifying three separate areas for reform:

The work required to calculate the periodic charge is disproportionate for some small trusts with the fees involved being in excess of the tax charged. This is because of the historic data required to establish values is time consuming to compile and therefore costly to acquire. HMRC believe that the following changes would remove some of these practical difficulties:

The ability to accumulate undistributed trust income is available to many trusts and therefore the point at which any accumulated income is regarded as an addition to the capital of the fund is a grey area and yet needs to be known for IHT in order to correctly calculate the periodic and exit charges.

IHT payment and filing dates differ than the deadlines for self assessment and cause confusion. Under the current rules there may be situations where the due date for payment falls before the due date for delivering an account. At present the trustees of a trust may ask HMRC to calculate the tax for them.

These simplification proposals will potentially:

Watch this space as the proposals may be in the Finance Bill 2014!

Gill Steel
Tel: 01962 776442 Email: gill.steel@lawskills.co.uk Gill Steel is a non-practising solicitor who enjoyed over 35 years in practice specializing in Wills, Probate, Trusts and Tax. She provides weekday snippets on LinkedIn; a curated website full of useful resources and information plus a web shop containing a range of paid-for webinar recordings, Monthly Digest, Technical Learning Packs and a major self-study course on an Introduction to Probate. Over her career, Gill has contributed to several specialist committees and working parties on all kinds of consultations and practical developments, with the Trust Registration Manual being the most recent. She is a published author and a compelling speaker with a strong gift for making technical topics practical, engaging and informative. Something she has been delivering for 25 years. She is a powerhouse of private client knowledge.
Recommended Posts 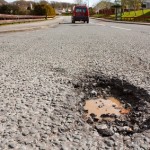 Mind the Surface – the tax efficiency of repair costsTax
This website uses cookies for functionality and to help us to improve the experience of the website. By continuing to use this website, you accept their use or you can also change your personal settings.