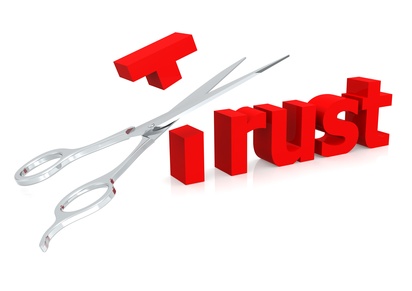 Senior Judge Lush has determined that a Lasting Power of Attorney (LPA) should be revoked by the Court of Protection to facilitate the appointment of a Deputy due to the questionable management by an Attorney of her mother’s property and financial affairs.  In reaching his judgment, Senior Judge Lush considered the Court’s power to revoke an LPA under s22 Mental Capacity Act 2005 (MCA 2005), the factors listed in section 4 of  the MCA 2005, being the ‘best interests checklist’ and Article 8 of the Human Rights Act . This is a significant case that officially highlights the powers of Court of Protection to revoke an LPA due to the misconduct of an Attorney, in order to protect a vulnerable person who is under the aegis of the MCA 2005.

On the 15th June Mrs Harcourt appointed one of her two daughters (A) as her sole Attorney under a Lasting Power of Attorney for Property and Affairs. Mrs Harcourt’s husband had died two months earlier. Mrs Harcourt did not appoint a replacement Attorney or include any restrictions or conditions on the scope of the Attorney’s authority and named her other daughter (B) as the only person to be notified, when an application was made to register the LPA. A local solicitor witnessed her signature and acted as the Part B certificate provider. The LPA was registered at the OPG on the 13th August 2009.

Mrs Harcourt suffered from schizophrenia and had been living at the DEF Rest home for three years. In July 2011 the owner and manager (C) of DEF Rest Home contacted the vulnerable adult’s team at GHI County Council expressing concerns that Mrs Harcourt’s care home fees had not been paid and that the Attorney was giving Mrs Harcourt very little pocket money.

C also expressed her concerns about a letter Mrs Harcourt received from Lloyds TSB confirming a loan to her of £5,000 and correspondence that Mrs Harcourt had also received from Capital One and Marks and Spencer Money confirming that her credit card applications had been accepted. C also mentioned that A visited her mother very sporadically, once every two months and that her other daughter B had gone from telephoning her every 10 days, to just twice a year.

On the 4thNovember 2011 GHI County Council brought these concerns to the attention of the OPG and accordingly the OPG began to investigate. On the 13th December 2011, a Court of Protection visitor visited Mrs Harcourt and within her report recommended the following course of action:-

On the 27thJanuary 2012 the OPG applied for the following orders:-

The application was supported by a witness statement which revealed that the outstanding care home fees were £4717.30, a Marks & Spencer, Capital One Credit card and a Lloyds Bank overdraft had been taken out in Mrs Harcourt’s name and that there were sums unaccounted for including £3,927 to ‘J’ and ‘K’ and there had been frequent cash withdrawals of £300, sometimes on a daily basis since August 2009.

On the 1st February 2012 District Judge Ralph made a directions order and A then filed an application notice requesting an extension of time. On the 7th March 2012 A filed an acknowledgment of service, in which she stated that she opposed the OPG’s application stating that she was ‘the most appropriate person to act as lasting power of attorney for my Mum’s affairs’. A also welcomed any advice, guidance and support that the OPG was able to give to her on an on-going basis. She requested a hearing date in April 2012 or later citing that she had used up all her work holiday entitlement.

The hearing that was listed for the 29th March 2012 was vacated, as was the rescheduled hearing on the 12th April at A’s request. A further time extension was then granted until 8th June 2012 for A to comply with District Judge Ralph’s order and the matter was listed for a final hearing on the 19th June 2012. This hearing was vacated and rescheduled for 19th July 2012. A then filed an application notice requesting another adjournment on the 15th July due to her inability to comply with Judge Ralph’s original order. The OPG resisted any further adjournment and the hearing took place on Thursday the 19th July 2012. The OPG attended.

(1)    The Donor’s capacity was first considered, as the Donor would be able to request information from her Attorney such as the production of annual accounts or revoke the LPA if she had the requisite capacity. In the event that the Donor did not have the requisite capacity, the OPG has investigative powers and can require an Attorney to provide information such as accounts, if there is reason to believe that the Attorney is not acting in the Donor’s best interests or is behaving in contravention of her authority.(Regulation 46 Lasting Powers of Attorney, Enduring Powers of Attorney and Public Guardian Regulation 2007 (SI 2007 No: 1253))

(2)    This case highlights the fact that the OPG does not have enforcement powers and must apply to the Court for an Order to suspend or freeze an Attorney’s powers or revoke the LPA.

(3)    Section 22 MCA 2005 enables the Court to revoke a Lasting Power of Attorney and this has to be considered with the ‘best interest checklist ‘ set out in section 4 MCA 2005.

(4)    Article 8 of the Human Rights Act 1998 s3(1) was also considered in the context of whether it was an infringement of  the right to ‘respect for private and family life’.

Senior Judge Lush determined under s22 MCA 2005 that Mrs Harcourt’s LPA should be revoked and a Deputy appointed. He was satisfied that Mrs Harcourt did not have the requisite capacity based on the OPG visitor’s report and a report prepared by a consultant psychiatrist. Effectively, Mrs Harcourt was not capable of giving directions to her Attorney to obtain information from her Attorney in relation to her financial affairs and did not have the capacity to instruct an independent person to examine the accounts and raise the appropriate requisitions.  The Court has discretion to intervene on behalf of Mrs Harcourt and request that the Attorney account to the Court. Senior Judge Lush was satisfied that this was an appropriate case for the Court to intervene, particularly as  Mrs Harcourt would probably never regain sufficient capacity to manage her own financial affairs.

Senior Judge Lush  determined when considering the checklist of factors listed at section 4  MCA 2005, that as A was an auditor by profession, it was reasonable to expect a higher duty of care in ‘terms of her awareness of her fiduciary duties’ to Mrs Harcourt. A had also impeded the OPG’s investigation into Mrs Harcourt’s financial affairs and failed to comply with Judge Ralph’s initial order and accordingly breached  the code of practice by not acting in Mrs Harcourt’s best interests. The OPG had enough evidence to prove that A had not managed Mrs Harcourt’s affairs well. Senior Judge Lush specified  that the factor of ‘ magnetic importance in determining what is in Mrs Harcourt’s best interests is that her property and financial affairs should be managed competently, honestly and for her benefit’.

As Mrs Harcourt lacked the capacity to revoke the LPA the Court had to do so on her behalf and in addition make a decision in order to facilitate the management of her financial affairs in a competent and honest manner for her benefit. After referring to Article 6 ECHR being the rights of both mother and daughter Senior Judge Lush then considered their rights under Article 8 which enshrines their right to respect for private and family life.

Senior Judge Lush stated that ‘In the absence of appropriate safeguards, the revocation by the Court of a Lasting Power of Attorney, which a donor executed when they had capacity and in which they chose a family member, would be a violation of their Article 8 rights. For this reason the Mental Capacity Act has been drafted in a labyrinthine manner to ensure that any decision by the Court to revoke an LPA cannot be taken lightly’.

Senior Judge Lush ruled that in this particular case ‘that the revocation of the LPA in order to facilitate the appointment of a deputy is a necessary and proportionate response for the protection of Mrs Harcourt’s right to have her financial affairs managed competently, honestly and for her benefit, and for the possible prevention of crime.’ 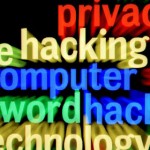 Protecting Your Practice PCsComment
Looking at your firm through the prospective client’s eyesComment, Gill's Blog, Practice Management
This website uses cookies for functionality and to help us to improve the experience of the website. By continuing to use this website, you accept their use or you can also change your personal settings.