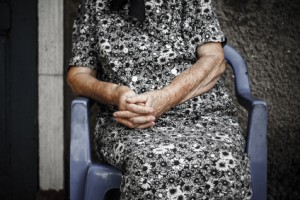 In an application by the Office of the Public Guardian (OPG) to revoke a Lasting Power of Attorney (LPA) on behalf of an incapacitated Donor, where an Attorney mismanaged the Donor’s affairs, Senior Judge Lush provided effective guidance on the responsibilities of an Attorney acting under an LPA, when dealing with the investment of a Donor’s funds. This is an important case which gives a clear framework of the core principles of investment that an Attorney must follow.

The case involved Miss Buckley, an 81 year old, who suffers with dementia and is a fully self-funded resident of a nursing home. On the 7th September 2010, Miss Buckley executed an LPA for her property and financial affairs appointing her niece (C) to be her sole Attorney. Miss Buckley did not appoint a replacement Attorney and named a close friend as the only person who was to be notified. Miss Buckley’s solicitor witnessed her signature and was the Part B certificate provider. The LPA was registered by the OPG on the 17th January 2011.

On the 20th April 2012, the OPG received a complaint about the conduct of C in her capacity as Miss Buckley’s Attorney. The OPG began a formal investigation into the matter. The OPG sent a Court of Protection General Visitor to see Miss Buckley and the Visitor concluded that Miss Buckley lacked the requisite capacity to instruct her Attorney to account for her conduct under the LPA and that she also lacked the capacity to revoke the LPA. Furthermore, investigations revealed that the niece had invested £72,000 of Miss Buckley’s funds to set up her own reptile breeding business and C admitted that she had used at least £7,650 for her own personal benefit. At one stage, there were daily cash withdrawals of £300 from Miss Buckley’s building society account. Miss Buckley’s estate may have incurred a total loss of £150,000. The OPG applied to the Court of Protection for the LPA to be revoked and for the registration of the LPA to be cancelled.

Senior Judge Lush referred to his judgment in Re Harcourt (2012) WTLR and ruled that an application of this nature must consider:-

(2)   The Public Guardian’s powers in relation to LPAs

(3)   The Court of Protection’s powers in relation to LPAs

(5)   The law regarding compliance

More importantly, in his judgment set out by way of summary below, Senior Judge Lush provided clear guidance on the investment duties and responsibilities of an Attorney to a Donor when investing under an LPA.

Senior Judge Lush granted the application to revoke the Lasting Power of Attorney based on the conduct of the Attorney and ordered the appointment of a Deputy on behalf of Miss Buckley to deal with her property and financial affairs.  It was in Miss Buckley’s best interests to revoke the LPA as C had contravened her authority.

In his judgment, Senior Judge Lush began by highlighting that ‘There are two common misconceptions when it comes to investments. The first is that attorneys acting under an LPA can do whatever they like with the donors’ funds. And the second is that attorneys can do whatever the donors’ could – or would – have done personally, if they had capacity to manage their financial affairs.’ However, an Attorney is governed by his fiduciary duties to the Donor and also by his obligation to act in the best interests of the Donor (section 1 (5) MCA 2005).

Senior Judge Lush specified that Attorneys hold a fiduciary position which imposes a number of duties on them. Like Trustees and other fiduciaries, they must exercise such care and skill as is reasonable in the circumstances, when investing the Donor’s assets and this duty of care is even greater where Attorneys hold themselves as having specialist knowledge or experience.

He then set out a framework of principles that Attorneys should follow when investing a Donor’s funds, closely reflecting those of Trustees:

(1)   The suitability of the investments; and

(2)   The need to diversify the investments, in so far as it is appropriate in the circumstances

2.  Attorneys should also comply with Section 5 of the Trustee Act 2000 which requires Trustees before exercising any powers of investment should obtain and consider proper advice about the way in which, having regard to the standard investment criteria, their power should be exercised and that the advice should be provided by individuals or firms who are regulated by the Financial Services Authority.

3.  Before the Mental Capacity Act 2005 came into force both the Court of Protection and the antecedents of the Public Guardian (the Public Trust Office and the Public Guardianship Office) were actively involved in the investment of Patients funds. There was a discrete investment branch which issued in-house guidance for staff – with an investment code that was broken down into 4 short-term codes and 8 long-term codes. He recommended that Attorneys should have regard for the factors set out by this guidance.

4.  Two of the most important factors when considering the suitability of investments are the Donor’s life expectancy and age. Most Donors are older people. Their average age is 80 years and 11 months and in this respect Miss Buckley, who is 81 and a half is a typical LPA Donor.

5.  Short term investment codes are generally more appropriate where an individual has an anticipated life expectancy of five years or less and the guidance to court staff suggested that ‘without clear medical evidence it would be prudent to consider a life expectancy of less than five years for new patients aged 80 or over’.

6.  The Donor’s money should be kept separately from the Donee’s own funds and that all monies invested on behalf of the Donor should be in the Donor’s name  (MCA Code of Practice 7.68).  If for any reason the Donor’s name could not be registered on the investment, the Attorney should sign a declaration of trust or such other legal document confirming the Donor’s beneficial interest.

7.  An application should be made to the Court of Protection (subject to a sensible de minimis exception) in the form of an Order under section 23 MCA 2005 for authority in any of the following cases

(c)    Any investments in the Attorney’s own business

(d)   Sales or purchases of an undervalue and

8.  Attorneys should be familiar with the law in relation to their responsibilities as Attorneys and there is no excuse given the information provided on the LPA itself at Part C.

Asset Protection Trusts – appropriate or dangerous?Comment, Elderly/Vulnerable Client, Trusts
This website uses cookies for functionality and to help us to improve the experience of the website. By continuing to use this website, you accept their use or you can also change your personal settings.