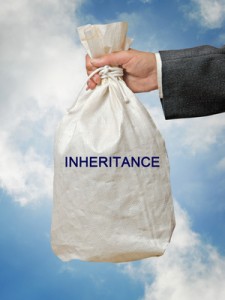 A transfer of UK situs assets between UK domiciled spouses (or civil partners) is exempt from inheritance tax.

However, prior to 6 April 2013 the amount that a UK domiciled individual could transfer to their non UK domiciled spouse or civil partner during their lifetime was limited to £55,000. This was to prevent assets from leaving the UK inheritance tax net. Any gifts over this limit were treated as a potentially exempt transfer and would only be exempt from inheritance tax after seven years.

The spouse exemption is still a lifetime exemption. This means lifetime gifts exceeding £325,000 are potentially exempt transfers. After 5 April 2013 if a spouse leaves their entire estate to a non-UK domiciled spouse or civil partner and they have not made any lifetime transfers, any excess over £650,000 is liable to inheritance tax. The increase in the exemption saves some £108,000 inheritance tax, but clearly for those with significant wealth the position is not greatly improved.

Elections to be treated as UK domiciled for IHT

A non-UK domiciled spouse can now elect to be treated as UK domiciled for inheritance tax purposes. There are two types of election, both of which are irrevocable:

The example assumes that there have been no other transfers during the deceased lifetime.

A note of caution is needed however because, although by making the election the non UK domiciled spouse benefits from uncapped transfers from the domiciled spouse, they have also elected to have their entire estate, including any overseas assets subject to the UK inheritance tax regime.

Where a valid death election is made the commencement of the period for determining residence for this purpose is the date of the death of the UK domiciled spouse. This is helpful and means that where the surviving spouse leaves the UK for at least four tax years their foreign domicile will revert and non UK assets will cease to be liable to UK inheritance tax.

Many mixed domiciled couples will pay less UK inheritance tax following these new rules. However a range of factors will need to be considered in deciding whether to make the election. Where most of the wealth is held by the UK domiciled spouse, then the election is likely to be beneficial. But where most of the wealth is offshore and held by the non-UK domiciled spouse then it may not be advantageous. Factors such as age, life expectancy, size and location of assets and future plans will need to be considered. 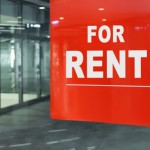 Can a landlord ever achieve BPR for IHT…….Tax, Trusts

Simplification of IHT charges in relevant property trusts – what might it mean for your clients?Gill's Blog, Tax, Trusts
This website uses cookies for functionality and to help us to improve the experience of the website. By continuing to use this website, you accept their use or you can also change your personal settings.