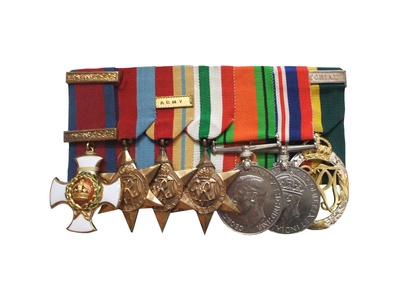 A gift made in contemplation of death (donatio mortis causa) is neither entirely made inter vivos nor testamentary. It must be made in contemplation, though not necessarily in expectation, of the death of the donor, in circumstances which show that it is to take effect only in that event. As such, it is recoverable by the donor if that event does not occur and void if the donee dies before it occurs.

The matter was recently considered in Vallee v Birchwood [2013] EWHC 1449 (Ch). The facts of the case are summarised below.

The claimant was the adopted daughter of the deceased. The claimant, who lived in France, visited him shortly before his death. She told him that she would visit again at Christmas, to which he replied that he did not expect to live much longer and that he wanted her to have his house (the estate) when he died. He gave the claimant the title deeds to the house and a key. He also handed her a plastic bag containing his war medals and a photograph album. Approximately four months later, the claimant was informed by the coroner’s office that her father had died without leaving a will.

The claimant instructed solicitors, who wrote to the treasury solicitor to claim the estate on the basis that it had been given to her by a donatio mortis causa, namely, a gift which remained conditional until the donor died. The treasury solicitor rejected her claim and advertised for potential claimants. The defendant, a genealogist who operated a business known as “Celtic Research Limited”, discovered that the deceased had a surviving brother, M. He obtained a power of attorney from M and applied for, and was granted, letters of administration for the benefit of M. The treasury solicitor admitted M’s claim and disclaimed further interest in the estate. The claimant brought proceedings seeking a declaration that there had been a donatio mortis causa in respect of the estate.

The matter came before His Honour Judge Harris sitting in the Oxford County Court on 26th October 2012. Both parties were represented by counsel. The claimant was called to give evidence and produced the original deeds that she had been given during her visit to the deceased prior to his death. She also produced the photograph album referred to in her witness statement and offered to produce the bag of medals which she had in court. She was tendered for cross-examination but counsel for the defendant chose not to cross-examine her.

The judge, applying the criteria in Sen v Headley [1991] 2 All ER 636, held that there had been a donatio mortis causa in respect of the estate. The judge made a declaration that the defendant held the property on trust for the benefit of the claimant.

The defendant appealed against that decision. The defendant submitted that the judge had erred in three respects: (i) in finding that dominion in the property had passed to the claimant; (ii) in failing to consider whether the facts of the case brought it within the rationale and proper application of the law in relation to donatio mortis causa; and (iii) in finding that the alleged gift had been made in contemplation of impending death. Further, in respect of ground (iii), an issue arose as to whether the contemplation of death within nearly five months of death could be regarded as ‘impending death’.

It is now well established that real property, whether a house or land, can be the subject of a valid donatio mortis causa, as per the Court of Appeal decision in Sen v Headley [1991] Ch 425. The deceased was a close friend of the claimant, Mrs Sen. Some three days before his death, Mrs Sen asked him what she should do about the house were he to die. His reply was, ‘The house is yours, Margaret. You have the keys. They are in your bag. The deeds are in the steel box.’ Shortly after, the deceased died intestate and the question arose whether there had been a valid donatio mortis causa.

The necessary ingredients of a donatio mortis causa were summarised by Nourse LJ in Sen v Headley as follows (at 431):

(a)         First, the gift must be made in contemplation, although not necessarily in expectation, of impending death;

(b)         Secondly, the gift must be made upon the condition that it is to be absolute and perfected only on the donor’s death, being revocable until that event occurs and ineffective if it does not;

As for the third requirement, it was recognised that title deeds are the essential indicia of title to unregistered land and that the handover of the deeds could amount to a parting with the dominion over the land. The delivery of the deeds need not be made at the time of the utterance of the words of gift.

Further, where a donor’s chattel is already in possession of another, although not for the purpose of an intended gift, an effectual oral gift of it to that other person may be made without any further delivery to him: Woodard v Woodard [1995] 3 All ER 980, CA.

A valid donatio mortis causa does not vest in the deceased’s personal representatives, and so does not require any act by them to constitute a title in the donee. Where the subject of the gift has not yet been completely vested in a donee, he is entitled to call upon the personal representatives to lend him their name or to give him their endorsement in order that he may complete the title: Re Richards, Jones v Rebbeck [1921] Ch 513.

The appeal was dismissed. The High Court (Judge Jonathan Gaunt QC, sitting as a Deputy Judge of the Chancery Division), applying Sen v Headley, held that the delivery by the deceased of the title deeds and a key to the house to the claimant in contemplation of his impending death, accompanied by what he said, was a sufficient delivery of dominion over the property to constitute a valid donatio mortis causa.

In the instant case, the court below had been right to hold that the gift was made in contemplation of the deceased’s impending death. Most people would consider that a person who anticipated the possibility of his death within four months, and accordingly wished to make provision for the transmission of his property, was contemplating his ‘impending death’. The defendant’s contention that the gift must have been made in contemplation of death “within the near future” was rejected.

It was clear that the deceased had made the gift because he feared that he was unlikely to live until the claimant’s next visit at Christmas. The question, according to the Court, was not whether the donor had good grounds to anticipate his imminent demise or whether his demise proved to be as speedy as he might have feared, but whether the motive for the gift was that he subjectively contemplated the possibility of death in the near future. It appeared from what the deceased was reported to have said that he had contemplated the possibility that he would die before Christmas when his daughter was next to visit him. In that context, that was the near future. The fact that the case law required only that the gift be made in the contemplation and not necessarily the expectation of death supported that view.

Wills, Knowledge And Approval – Paynter & Or v Hinch [2013] EWHC 13 (Ch)Wills
Tips for Private Client Advisers to add value to the Probate ProcessProbate
This website uses cookies for functionality and to help us to improve the experience of the website. By continuing to use this website, you accept their use or you can also change your personal settings.