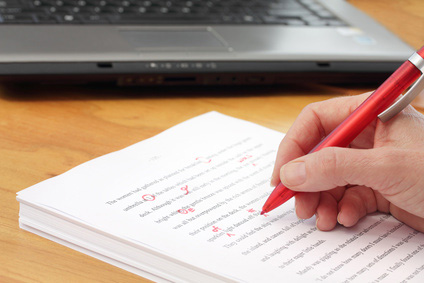 This case shows that even if the intentions of the testator are known, a claim for rectification will not succeed if the mistake in the drafting was not a clerical error but was a mistake made after carefully thinking about the words to use and getting the effect of those words wrong.  Rectification is a limited redress and what does or doesn’t count as a clerical error can be hard to spot.

Mrs Joan Pittaway executed a Will on 15th December 2010 and died shortly afterwards on 21st January 2010.  By this Will Mr Kell, the claimant, was appointed as one of the two executors and was named as a beneficiary.  Clause 4 of the Will left specified monetary legacies to 15 named relatives and four charities who were all defendants to the action.  Clause 6 provided that residue was to be held on trust “…..to be paid after funeral expenses and tax by division equally among such of the beneficiaries named in clause 4, as shall survive me and if more than one in equal shares”.

Mr Pannifer was the solicitor who visited Mrs Pittaway at her home on 22nd November 2010 and took her instructions.  He was the only live witness who could give evidence on the intention of Mrs Pittaway.  Mr Pannifer’s attendance note stated that at that meeting Mrs Pittaway went through a list she had made on the back of an envelope of named individuals and the amount of the legacy each was to receive.  No charities were named on this list and when she was asked how she wanted the residue to be treated, “….she said it should go to the beneficiaries she had already named” and that the division was to be equal.

Mr Pannifer’s attendance note did not make reference to the other document Mrs Pittaway had with her at that meeting which was a copy of her existing 1992 Will.  She had marked some amendments on this which included the gifts to the charities and she went through this with him at the meeting. Under residue she had crossed out the named family relatives but not written anything instead.

Mr Pannifer gave evidence that Mrs Pittaway had intended that it was only the 15 family members who should share the residue.  Counsel for the charities argued that that was only Mr Pannifer’s impression and was not strong enough evidence to convince the court that the Will did not reflect her true intentions.

Mr Pannifer considered that the Will as drafted did only leave residue between the family members as it referred to those who survived her which could only mean human beneficiaries although both counsel accepted that that was not the outcome.

s.20 Administration of Justice Act 1982 applies to deaths on or after 1st January 1983 and provides:

“20 (1) If a court is satisfied that a Will is so expressed that it fails to carry out the testator’s intentions, in consequence –

it may order that the will shall be rectified so as to carry out his intentions.

(2) An application for an order under this section shall not, except with the permission of the court, be made after the end of the period of six months from the date on which representation with respect to the estate of the deceased is first taken out.”

Both counsel agreed that the approach of the court to the issue of rectification was as summarised by Chadwick J (as he then was) in Re Segelman [1996] Ch 171 so three questions had to be resolved:

The first and third questions were in issue in this case.

Cooke J accepted Mr Pannifer’s evidence, finding him an experienced and reliable solicitor, and found that it was Mrs Pittaway’s intentions that only the 15 family members were to share the residue.  He felt this was supported by Mrs Pittaway having added at the foot of the last page of the copy Will:

“Jewellery to be sold and proceeds to be added to the estate shared by family named above.”

Although no family were then named above on the copy Will, Cooke J felt that Mrs Pittaway was referring to residue when she wrote ‘estate’ and was referring to it being divided between the family members only when this copy Will was looked at in combination with her separate piece of paper which listed family members.  Mr Pannifer’s impression of Mrs Pittaway’s wishes was made more reliable by being consistent with her words on the copy Will which were treated as separate evidence of that intention.

Both the 1992 Will and the stated intention of the 2010 Will were that only family members would share the residue and charities would only receive a legacy.  There would “be a substantial conceptual change from the 1992 will if the charities were to be included in the division of residue.”

Although he didn’t need to rule on the effect of the Will, Cooke J agreed with both counsel that the wording of clause 6 did not limit the gift of residue to mortal beneficiaries but did include all beneficiaries from clause 4.

In looking at whether the mistake was to be regarded as a clerical error, Cooke J reviewed pre and post 1982 cases and held that s20(1)(a) did not extend to errors made where the draftsman had failed to realise the significance or effect of the words used, having given thought to those words.  In this case Mr Pannifer had believed that the words he used achieved Mrs Pittaway’s intentions and had carefully considered the words he used.  Mr Pannifer got the effect of the words wrong. Cooke J stated that he did not “rule out the possibility that rectification might still be ordered in a case in which a solicitor’s consideration of those words was on a very slight basis and without proper thought being applied at all.”

Cooke J found reluctantly that the jurisdiction of the court did not extend to rectifying mistakes made not inadvertently in Wills ie where the draftsman had thought about the words he used but had made a mistake in using them, so the claim for rectification failed.  Cooke J stated that his reluctance was not from wanting to deprive the charities of any monies but because he was unable to fulfil Mrs Pittaway’s intentions in the claim for rectification. 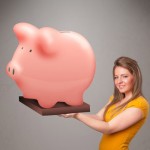 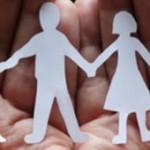 Statutory Wills – NT v FS and others [2013] EWHC 684 (COP) – determining what was in the best interests of a mentally incapacitated person who needed a WillWills
This website uses cookies for functionality and to help us to improve the experience of the website. By continuing to use this website, you accept their use or you can also change your personal settings.