Compromising Probate Claims: Stop The Ride I Want To Get Off

Usually probate will be granted to the executors without much controversy.  Occasionally, however, there may be doubts about the validity of a Will. If this results in litigation, the parties are unable to compromise it freely, and so settling a probate claim is often a complicated business.

The first step in objecting to a will is to show cause against the sealing of a grant by entering a caveat at the Probate Registry under the Non-Contentious Probate Rules.  The caveator may wish to do so because of genuine concerns about the capacity of the testator or the execution of the Will.  Alternatively, the caveator might just want to be difficult.

In any event, if a caveator enters an appearance against a warning, no full grant can be made except pursuant to an order made by the Court in a probate action.  Accordingly, where a caveator is still concerned (or still intransigent) then persons seeking to prove the Will in question will need to issue a probate claim.  Where the estate is more than £30,000 such proceedings have to be brought in the High Court.

Obviously, those seeking to prove a Will should endeavour to set out the position in detail prior to issuing proceedings in the hope that the caveator will see reason and agree to remove their caveat, allowing probate to continue in the normal manner.  Setting out the position in pre-action correspondence is particularly important in probate disputes because once a full probate claim has begun it is not very easy to stop it short of a full trial.

Probate claims are not like ‘ordinary’ claims: the parties cannot just agree to settle the claim on any terms they want.  Settling a probate claim is therefore often a complicated business.  The reason it is difficult is because an order for a grant of probate will give the executor or administrator good title to the deceased’s estate as against the world.  Historically such orders were not made by consent.  In fact the Court, like the Probate Registry, takes a rather inquisitive stance toward the probate of Wills and does not have jurisdiction to pronounce for a Will simply on the agreement of the parties alone.

How can parties compromise a probate claim once one has started?

There are three ways that a probate claim can be compromised, set out in the practice direction to CPR 57 at PD57.6.1:

There are advantages and disadvantages to each of these routes.

In some ways this is the most robust of the compromise options.  It will lead to a grant in solemn form and does not require the consent of beneficiaries who are not parties to the claim.  However, it is effectively still a trial and will have to be heard by a judge rather than a master.  Hence it can be expensive and may take considerable time to bring on, depending on the workload of the Judges in the Chancery Division.  It will also normally be necessary for an attesting witness to sign a witness statement or swear an affidavit of due execution of the Will in question – although they will not be cross-examined.  Nonetheless, the Judge will have to be satisfied on the written evidence (and submissions) that, on the balance of probabilities, the Will is formally valid.

A trial on the written evidence can be the best route where there are a number of Wills in dispute or where the Will sought to be proved is not the most recent Will.

Under s. 49 Administration of Justice Act 1985 the High Court can pronounce for or against the validity of one or more Wills on the basis that the consent of all the relevant beneficiaries has been obtained. S. 49(1) states:

49  Powers of High Court on compromise of probate action

the court may without more pronounce accordingly.

A s. 49 compromise is only available in the High Court but can be heard by a master or a district judge.  Therefore, unlike a trial on the written evidence, it does not have to go before a High Court judge.  However, an application for an order under s.49 must be accompanied by written evidence identifying the relevant beneficiaries and exhibiting the written consent of each of them.  The definition of relevant beneficiaries is extremely broad and includes beneficiaries whose interests are the same under each of the Wills in question.  Therefore if there is a dispute over the validity of two Wills with different residuary beneficiaries, but with 20 identical legacies it will be necessary to obtain all 20 legatees’ written consent to an order under s.49, even though they will not be affected by which Will is actually proved.

In addition, one of the editors of Williams Mortimer & Sunnocks: Executors Administrators and Probate has interpreted s.49 to require the consent of all persons entitled on an intestacy in every case on the basis that all grants of probate prevent intestacy.  See J Sunnocks, ‘A Legislative Absurdity’ NLJ 31.7.87 at 721. I understand that this is not the view of the masters and judges of the Chancery Division.

The advantage to s.49 is that the judge does not need to see any evidence concerning the validity or otherwise of the Wills in question. However, in practice a s.49 application can be administratively cumbersome, if not unworkable, depending on the number, nature and location of relevant beneficiaries.

The third compromise option is rooted in the CPR.  Part 38 of the CPR does not apply to probate claims and so parties cannot simply discontinue a probate claim.  However, CPR 57.11 allows either party to apply to the court for the discontinuance of the claim to allow for probate to take place in common form in the normal way.  CPR 57.11 states:

(2) At any stage of a probate claim the court, on the application of the claimant or of any defendant who has acknowledged service, may order that –

(a) the claim be discontinued or dismissed on such terms as to costs or otherwise as it thinks just; and

(b) a grant of probate of the Will, or letters of administration of the estate, of the deceased person be made to the person entitled to the grant.

The effect of an order under CPR 57.11 will be for the claim to cease, allowing the executors to then prove the Will via the non-contentious probate rules in common form.  Accordingly, this procedure can only really be used if it is agreed that the last formally valid Will should be admitted to probate.  Despite the language of ‘discontinuance’ it can be used by either the claimant or the defendant.  For example, it can be used by a claimant, seeking to prove a Will, to discontinue their claim in order to prove the same Will in common form via a probate registry.  Litigants can be reassured that discontinuing their claim to prove a Will does mean abandoning the validity of the Will!

An application under CPR 57.11 can be heard by a master and less evidence is needed than for a written trial.  A master will have to be persuaded that there is no (or no longer) any serious dispute over the validity of the Will such that the probate claim can be ended.  If the master is of the view that there still is a serious dispute over the validity of the Will then an order under CPR 57.11 will not be made and it will be necessary to have a trial (whether a trial on the written evidence as above, or a ‘full’ trial).  This test was well-articulated by George Bompas QC sitting as a deputy High Court Judge in Wylde v Culver [2006] 4 All ER 345 where he held (at 351):

As to discontinuance the question is whether, viewed objectively, there is at the time of discontinuance a serious issue to be resolved in relation to the Will.

Where there is a serious dispute over the validity of a Will, as there was in Green v Biscoe [2005] All ER (D) 96 (May), then the court can refuse to allow proceedings to be discontinued.

Therefore, care should be taken in preparing for a 57.11 application and in drafting the Order to ensure that it does not fall into this trap.  Set out below is an example of a recent order in a CPR 57.11 application, which was approved by the chief master:

IN THE ESTATE OF X DECEASED (PROBATE)

(as executor of the [date] Will

UPON the Application of the Claimant by Notice dated [ ]

AND UPON the Parties having agreed the terms of this Order

AND UPON READING the documents on the Court file

IT IS ORDERED BY CONSENT:

Obviously, this order would need to be adapted to suit the circumstances of the case, and, if necessary, a schedule included if there are any ancillary agreements.   However, with a well-drafted order and in the right circumstances, the route to compromise by 57.11 can be the cheapest and least onerous route to compromising a probate claim.

As set out above, compromising probate claims can be a cumbersome business.  If possible, parties should seek to resolve Will disputes prior to issuing a claim.  Nonetheless, if (as is often the case) a settlement is only reached after issuing, the appropriate route should be selected with care.

Leon Pickering
Leon has a particular interest in private client work and has rapidly developed a considerable practice in this area, acting as both sole counsel and being led in very high value cases. His experience obtained on secondment at a leading private client firm means he regularly acts in cases of greater complexity and value than his date of call would suggest. He is often brought in to deal with complex financial issues in larger cases and regularly appears on behalf of charities in litigation over legacies.
Ten Old Square, Lincoln's Inn, London WC2A 3SU
Tel: 0207-405-0758 | Email: clerks@tenoldsquare.com
Recommended Posts 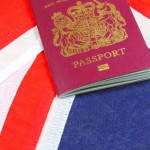 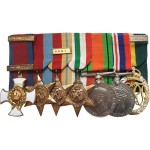 Gifts Made in Contemplation of Death: Donatio Mortis Causa and Vallee v Birchwood [2013] EWHC 1449 (Ch)Probate, Wills
This website uses cookies for functionality and to help us to improve the experience of the website. By continuing to use this website, you accept their use or you can also change your personal settings.