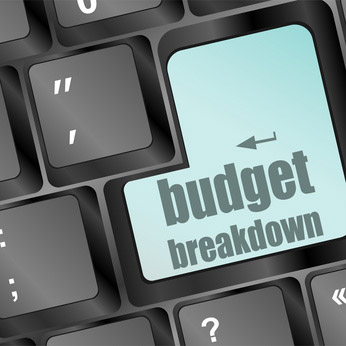 George Osborne presented his Budget on Wednesday 20 March 2013.  In it, he updated some of these previous announcements and proposed further measures. Some of these changes apply from April 2013 and some take effect at a later date.  The Budget proposals may be subject to amendment in a Finance Act, but for now here is a summary.

Planning should be considered before 6 April 2013 where ‘adjusted net income’ is expected to exceed £100,000. Broadly, adjusted net income is taxable income from all sources reduced by specific reliefs such as Gift Aid donations and pension contributions.

The annual allowance is an annual limit for giving tax relief on pension contributions. Contributions can be paid in excess of the limit but may give rise to an income tax charge on the member of the pension scheme. For tax year 2014/15 onwards the annual allowance will be reduced from £50,000 to £40,000. There is also an overall limit, known as the lifetime allowance, on the total amount of tax relieved pension savings that an individual can have over their lifetime. For tax year 2014/15 onwards:

Government has also announced that an individual protection regime will be offered in addition to fixed protection and consultation on the detail of this regime will be undertaken in 2013 and legislation in 2014.

Finally concerns have been heeded about drawdown limits and it has been announced that the Government will raise the capped drawdown limit from 100% to 120% giving pensioners with these arrangements the option of increasing their incomes from 26 March 2013.

From April 2013 the overall ISA savings limit will be increased to £11,520. The Government will consult on allowing investment in SME equity markets such as the Alternative Investment Market (AIM) to be held directly in stocks and shares ISAs, to encourage investment in growing businesses. To further support these companies, the Government will abolish stamp tax on shares for companies listed on growth markets including AIM and the ISDX Growth Market, from April 2014.

EMI schemes are share option schemes which allow small and medium-sized businesses to grant tax-advantaged share options to employees. In broad terms, a gain made by an employee on the exercise of an option and subsequent sale of shares is subject to capital gains tax (CGT) rather than income tax.

The CGT rate however is often 28% and this can negate much of the tax advantage of EMI schemes.

Legislation will therefore be introduced to extend the 10% CGT rate given to gains qualifying for Entrepreneurs’ Relief to EMI shares by removing the 5% minimum shareholding requirement required to obtain Entrepreneurs’ Relief. The options will need to have been granted to the employee at least 12 months before the disposal of shares obtained on the exercise of the option.  Generally, the new rules apply to disposals of shares on or after 6 April 2013.

The current CGT rates set to remain in place, ie 18% to the extent that any income tax basic rate band is available and 28% thereafter. The rate for disposals qualifying for Entrepreneurs’ Relief is 10% with a lifetime limit of £10 million for each individual.

The Seed Enterprise Investment Scheme (SEIS) was introduced in 2012 as a way of encouraging equity investment in small companies.  Where an investor in the current year re-invests a capital gain of up to

It is now proposed to extend this re-investment relief for gains made in the tax year 2013/14, though the exemption will be limited to 50% of the matched gain where the proceeds are invested in SEIS shares in either 2013/14 or 2014/15.

The freezing of the nil rate band will mean that even basic inflationary growth in the value of assets in an estate will increase IHT liabilities and drag more estates into the IHT net for example, only 3% of estates were subject to IHT in 2010/11 but 7% were taxable in 2011/12.  It is therefore ever more important that consideration is given to lifetime planning.

The IHT exemption available to spouses and civil partners is limited in situations in which a UK domiciled individual transfers assets to their non-domiciled spouse or civil partner. The current limit is £55,000 over the lifetime of the transferor. This limit will be increased from 6 April 2013 to £325,000 and will be linked to future increases in the nil rate band.

As an alternative, it will be possible for the non-domiciled spouse to make an election to be treated as domiciled in the UK. This will bring the full spouse exemption into play but at the cost of the worldwide assets of that spouse coming within the scope of IHT (currently only UK assets would be liable). It will be possible to make the election at any time and for its effects to be backdated for up to seven years (although not earlier than 6 April 2013). The election will be available to executors within two years of the date of death of a non-domiciled individual.

Finally on IHT, in calculating the IHT liability on an estate the value of assets is reduced by any liabilities owed by the deceased at the date of death. These provisions are being abused by some tax avoidance schemes and so the rules will be tightened to prevent this abuse.  The proposal is, however, also intended to cover the purchase of assets qualifying for APR and BPR, and is some cause for concern.  The draft legislation is due to be released 28 March.

The Budget contained a number of proposals aimed at countering tax avoidance.  The ones likely to be most relevant for private client practitioners are summarised here.

Legislation is being included in Finance Bill 2013 to introduce a General Anti-Abuse Rule (GAAR). This will provide an additional weapon for HMRC in tackling tax avoidance.

At the heart of the GAAR will be a so-called ‘double reasonableness test’. Under this test an arrangement would be ‘abusive’ if entering into or carrying out arrangements ‘cannot reasonably be regarded as a reasonable course of action, having regard to all the circumstances.’ HMRC will be able to counter such arrangements on a ‘just and reasonable’ basis but must follow designated procedures which will include reference to an Advisory Panel.

The concern is that the test will prove to be too subjective (What is ‘reasonable’?) and that it will take years for a sufficient body of precedent to be built up to give taxpayers the certainty that any tax system requires.

Other measures on tax avoidance schemes

HMRC will also be consulting on countering artificial allocation of profits to partners in all types of partnership to achieve a tax advantage.  The concern is that this will impact traditional family partnerships where tax flexibility has been one of the main attractions and benefits. 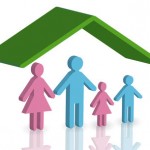 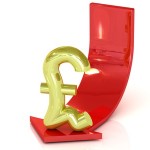 Losing Money With Grace and Tax EfficiencyTax
This website uses cookies for functionality and to help us to improve the experience of the website. By continuing to use this website, you accept their use or you can also change your personal settings.