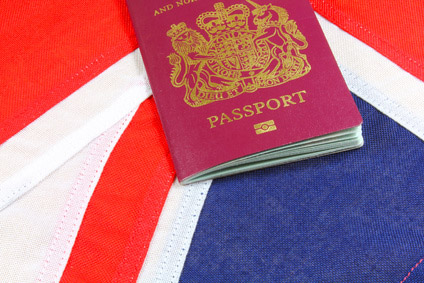 This case is another interesting enquiry into the domicile of a testator in the context of a claim under the Inheritance (Provision for Family and Dependants) Act 1975. As in the recently reported Holliday v Musa 2010 EWCA 335 the testator’s domicile of choice was found to have displaced their domicile of origin.

The Claimant in Sylvester was born in the Grenadines (specifically Carriacou).  She married and she and her husband moved to London in 1957 where they subsequently had 4 children. Mrs. Sylvester’s husband died in 2004 and she inherited the entirety of his estate.  Mrs. Sylvester died three years later in 2007 but left the lion’s share of her estate to one of her four children: her third son who was a Jehovah’s Witness (like his mother but unlike his siblings). Another of the children commenced a claim for financial provision under the 1975 Act.  Domicile was considered as a preliminary issue and as ever the Court was looking for cogent evidence to displace the “sticky” domicile of origin.

Of note and relevance in this case were that Mrs. Sylvester was a full naturalised British citizen and was on the electoral roll in London. On the other side of the coin she had renewed her Grenadian passport in 1963 (years after moving to London) and thereafter retained her Grenadian nationality for the rest of her life. There was evidence that she had given serious thought to retirement in Carriacou albeit that it never came to pass

More neutral in this case was the fact of property ownership – as she owned (or co-owned) real property in both jurisdictions and the fact that she had, after her retirement, spent considerable amounts of time in each jurisdiction (perhaps even the majority of the 1990’s in Carriacou where her elderly mother was living).

Perhaps the most interesting feature of this case was that after the death of her husband Mrs. Sylvester had become increasingly and heavily dependent on the NHS and consequently spent more and more time in London.

Thus, while both Mrs. Sylvester and her husband had retained their domiciles of origin until the time of her husband’s death, by about two years later (in early 2006) Mrs. Sylvester had seemingly formed the requisite intention to remain permanently in England and Wales for the remainder of her life. She had visited the Grenadines only twice thereafter and briefly on each occasion.

A degree of caution was called for in this regard, however, as the intention of a propositus to abandon his or her domicile of origin and acquire a domicile of choice must be formed independently of external pressures Udny v Udny (1866-69) L.R. 1 Sc. Could Mrs. Sylvester’s need for medical attention in the UK have acted as such a form of external pressure?

In all the circumstances the Judge found that the need for UK medical care had not acted as external pressure. While the care available on the NHS was an important consideration for Mrs. Sylvester at the time that she made her decision she was able to exercise a genuine choice between two adequate systems of health care. She had been in reasonable health when she returned to the UK for the last time and thus free to make her decision independently of external pressure albeit there was a point later in time when she was effectively “trapped” in London.

Consequently the Judge resolved the preliminary issue by determining that Mrs. Sylvester had abandoned her Grenadine domicile of origin and acquired a domicile of choice in England and Wales.

Compromising Probate Claims: Stop The Ride I Want To Get OffProbate
This website uses cookies for functionality and to help us to improve the experience of the website. By continuing to use this website, you accept their use or you can also change your personal settings.