Misplaced Fear About The Jackson Reforms 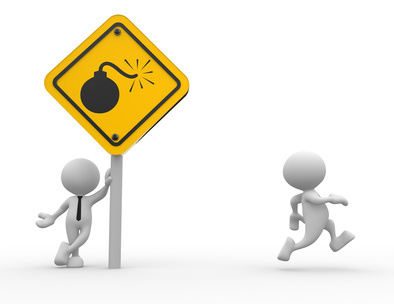 Panic appears to be the sentiment prevailing in the legal world about the upcoming introduction of the Jackson reforms. Horror scenarios abound of suddenly being disentitled to all your costs because you used the wrong form or forgot to file a document. However, is it really all that bad? Will simple mistakes really be that dangerous? In my view, the simple answer is no. The evidence proving this has already begun to arrive in the form of the Court of Appeal’s judgment in Henry v News Group Newspapers [2013] EWCA Civ 19 which shows that when it comes to the Jackson reforms justice is likely to triumph over technicality.

Henry v News Group Newspapers was a defamation case conducted under the Defamation Costs Management Pilot implemented as part of Jackson’s review. This meant that the parties were required to file cost budgets and revised budgets throughout the proceedings and that these budgets would form the basis of the costs recoverable. The case was settled on the basis that News Group would pay Ms Henry’s costs. The problem for Ms Henry was that she had failed to comply with the mandatory practice direction to update her budget and to inform the other side that her budget was being exceeded. Senior Costs Judge Hurst held that although he thought there was a strong argument that her costs were both reasonable and proportionate she had failed to comply with the practice direction and therefore disallowed some £268,832 worth of costs, which were outside the original budget.

This was the doomsayer’s prediction. Ms Henry, essentially the successful party, being deprived of a quarter of a million pounds of most likely reasonable and proportionate costs because her legal team had failed to comply with a simple requirement which had not existed prior to the Jackson reforms.

The Court of Appeal, however, in an indication of what will be their likely attitude to similar situations arising from the full implementation of the Jackson reforms, chose justice over technicality and overturned the judgment. They looked at the objects of the practice direction (and hence the objects of the Jackson reforms) and held that they were not being undermined by Ms Henry’s non-compliance. Therefore, as refusing her extra costs would achieve nothing beyond an arbitrary punishment for non-compliance there was no reason why such costs should be refused.

This judgment shows that much of the fear around the Jackson reforms is misplaced. There is no metaphorical monster in the closet waiting to be unleashed on 1 April to terrorise legal practitioners. The reforms have been introduced with the laudable aim of saving money by reducing disproportionate and unreasonable costs. They are not designed to trap honest practitioners and disproportionately punish them for technical non-compliance. As with any reforms of this size it is regrettably likely that some of the reforms, at least in certain circumstances, will have the potential to unfairly punish litigants or their legal teams. However, Henry shows us when a technical rule is liable to unjustly punish somebody the court will be prepared to use the full extent of its discretion to assist the victim. This may be true for all areas of law but is especially true as regards the Jackson reforms, which though initiated by a judge, cannot be say to have enjoyed universal approval from the judiciary. It can therefore be anticipated that where one acts relatively reasonably and proportionally, as Ms Henry did, the court is likely to give you a wide margin of appreciation as regards compliance with the reforms, at least during the first months of their implementation.

This does not give free reign for legal professionals to ignore technical compliance because they always will be able to appeal to the judge’s discretion to save them. Firstly, one does not wish to be relying on a discretion or the demonstration of ‘exceptional circumstances’ unless completely necessary. Secondly, as time goes by judges are going to be less sympathetic to technical mistakes and less happy to forgive such mistakes. Thirdly, by ignoring the rules the guilty party is inherently more likely to incur unreasonable or disproportionate costs and non-compliance will only draw attention to such costs.

The importance of Henry is not that it provides guidance on how costs budgeting will work after the Jackson reforms (though such guidance is undoubtedly helpful). Its true importance lies in giving guidance as to the general approach the courts are likely to take to the reforms. This approach is likely to put common sense and fairness over technical compliance with the rules. There will, of course, be occasions where the technical non-compliance is of crucial importance and the other party would suffer unfair prejudice if this non-compliance was excused. Likewise, some non-compliance will be of such a serious nature that it cannot be in the interests of justice to excuse it. However, in my view, Henry shows that, particularly in the early months of implementation, the court’s attitude to innocent mistakes will be relatively forgiving.

It is much too soon to say exactly what effect the Jackson reforms will have but some of the reforms are likely to be quite dramatic. However, discussion of their prospective implementation should not come with an undercurrent of panic among the legal profession. The legal profession has seen many changes over its extensive history and has taken them all in its stride. There is no reason to think this one will be any different. In the current non-Jackson time those who act reasonably and honestly with regard to incurring costs are generally protected and can recover (when appropriate) their reasonable and proportionate costs. The same will be true for the post-Jackson era. Some reforms may lead to people being unfairly penalised as regards to costs but that is equally true under the current regime. While it is human nature to fear change the reality is that there is no reason why those who are honest and competent should fear the Jackson reforms any more than they fear the current rules. 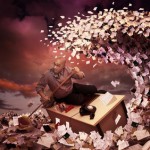 Are You Ready For The COFA?Practice Management 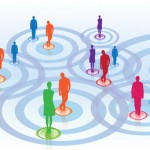 LinkedIn- Networking The Modern WayPractice Management
This website uses cookies for functionality and to help us to improve the experience of the website. By continuing to use this website, you accept their use or you can also change your personal settings.