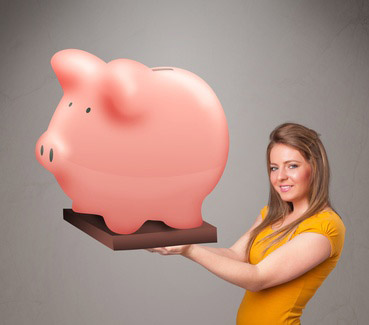 Double portions sound greedy and in a way they are. If someone makes a lifetime gift and there is a gift in a Will to the same beneficiary was it the intention of the deceased to provide for them twice?

In the relatively modern case of Re Cameron [1999] Ch 386 the old concept of ‘portions’ was resurrected and the Judge explained that the rule relating to “portions” was as follows:

Richard Frost was 84 when he died on 4 March 2008. He made a Will on 26 September 2007. In the Will he left his residuary estate to his trustees upon trust as to one third for each of his two daughters Linda and Susan and one-sixth to his Andrew and one-twelfth to each of Andrew’s two children.

Richard owned a property at 212 Lee High Road in Lewisham, London but he moved to live with his daughter Linda in April 2007 and sold the property later that year, shortly after he made his Will. He realised £353,480 net sale proceeds. On 2 November 2007 he made cash gifts of £100,000 to each of Linda and Susan. The estate left at his death was comprised almost entirely of the remaining proceeds of the sale of the house.

Richard had been a gardener for Lewisham council. He was diagnosed with bowel cancer in April 2007. He lived extremely frugally but by the time of his diagnosis he was not able to pay his bills. Susan lived nearby and had helped to take care of him but following on from his diagnosis and with problems of her own she had asked her sister Linda, a palliative care nurse, to take over. Linda and her husband brought him to live with them – he had no furniture, basic bedding and very few clothes.

Linda and her husband adapted their home to accommodate Richard. Subsequently, when Richard’s health failed further adaptations were necessary to install a hoist. Also, carers from an agency were needed to look after Richard on discharge from hospital but Linda was dissatisfied with the standard of care and she gave up full-time employment to care for her father 24 hours per day during the last few weeks of his life.

The sale proceeds of the Lewisham property were far more than Richard ever expected. He had lived frugally all his life and could not comprehend the amount. He did discuss at that time the desire to give Susan and Linda a £100,000 each to compensate them for all they had done for him and to reimburse them for he expenses they had incurred in looking after him.

Andrew was estranged from his father for many years up to and including the date of death. Despite this Richard said he wanted to give a much smaller sum to Andrew if he would come to visit him and be reconciled. He also wanted to take the whole family on a Mediterranean cruise, which sadly he did not live long enough to do.

Vivien Rose DJ identified that first it was necessary to consider the ‘presumption against double portions’ and secondly the ‘doctrine of ademption’.

As far as the presumption against double portions was concerned  it arises because it is assumed that a parent only intends to fulfil his or her moral obligation to give a portion to each of his or her children on a single occasion. Thus if a child is left a substantial sum under a Will and then is given a large lifetime gift where each gift has the characterisation of a ‘portion’ then it is assumed, subject to evidence to the contrary, that the lifetime gift is supposed to be a substitute for the bequest.

Where the presumption prevails the doctrine of ademption applies on the distribution of the estate so that the inter vivos gift is treated as counting towards the donee’s legacy under the Will.

Re Cameron is authority too for regarding a share of residue as a ‘portion’ even though by the time of the testator’s death the child in question did not need the money to establish him or herself in life.

Counsel for Andrew emphasised the size of the gifts to the sisters was equivalent to approximately one-third of the estate. He also commented on the fact that the gifts were made after the expenses had been incurred by the sisters but before the Will was made. Richard could have compensated them by leaving legacies in his Will or a greater share of residue. Instead, he chose to divide the estate equally between the three children and their families.

The Judge decided that the reality of the situation was that Richard did not know how much money he would have in his estate until he sold the property and paid for his care, should his daughters not be able to continue to look after him. He had been advised he could live anything between 5 and 10 years following diagnosis so presumably did not expect to die so soon after he made his Will.

He could not have known that the gifts of £100,000 would turn out to be approximately one-third of his estate. The Judge regarded it as clear that the gifts to the daughters were not portions or given in anticipation of their share of the estate but rather they were intended to in part repay them for money already spent in taking care of him and in part to help them finance his future costs of care.

Therefore the estate was to be divided in accordance with the Will and without taking into account the gifts made to Linda and Susan. 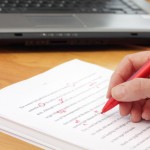 Rectification of Wills – Kell v Jones & Ors [2013] WTLR 507Wills
This website uses cookies for functionality and to help us to improve the experience of the website. By continuing to use this website, you accept their use or you can also change your personal settings.