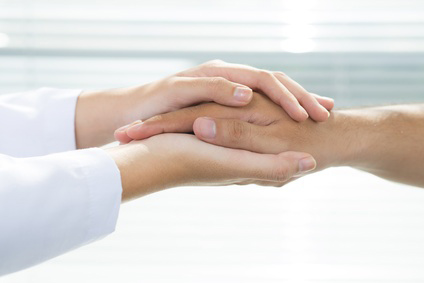 This useful case looks at an advance decision. It confirms that the particular document was valid  since concerns as to its validity were ill-founded.  It also sets out that there is no prescribed form an advance decision must take as each situation will be different but there are statutory requirements which must be satisfied for an advance decision to be valid.

XB, who suffered from Motor Neurone Disease, had a tracheotomy in 2003 so that his breathing could be assisted by an invasive ventilation device.  This device consisted of a tube being inserted into his windpipe which meant he was unable to talk.  From then on he was only able to communicate using eye movements and a communication board but had recently only been able to use eye movements alone. XB continued to be cared for at home despite the large degree of care that he required.  The Primary Care Trust (PCT) commissioned the care which was delivered by XB’s GP and carers from a care agency.  XB’s family and particularly his wife were very much involved in this care.

Over a period of some years, XB had indicated that he wished to have life sustaining treatment withdrawn, but his GP considered this wish should be formalised. Therefore, after further discussions with his GP, on 2nd November 2011 XB made an advance decision to refuse such treatment.  The advance decision was based on a simple precedent his wife found on the internet and referred to the removal of non- invasive ventilation (although XB’s ventilation was in fact invasive). It also had a box called ‘Review 1’ where the date of 2nd May 2012 was put by the ‘Date of review’ and the same date was put by ‘Valid until’.

This document was carefully gone through by the GP, XB and his wife, who had been involved in agreeing it.  A mental capacity co-ordinator was also involved in agreeing the document. All were in attendance on 2nd November 2011.   The GP gave detailed evidence of the procedure he followed in ensuring that XB consented to every part of the advance decision.  The document was signed by XB’s wife on his behalf.

An application was made to the court by XB’s PCT as they were concerned about the circumstances in which the advance decision was made.  These concerns were raised by one of the carers who said she did not see XB communicate his agreement by moving his eyes.

The court was asked to consider:

s24 of the Mental Capacity Act 2005 (MCA 05) sets out the general position regarding advance decisions while s25 sets out the law on the validity and applicability of them.  S26 MCA 05 sets out their effect.

Mrs Justice Theis accepted ‘clear evidence’ that XB no longer had capacity to communicate any views on the withdrawal of life saving treatment and that that lack of capacity was permanent.

The judge was satisfied that XB did have capacity to enter into the advance decision on 2nd November 2011 and that as it complied with the formalities in the MCA 05 it was effective and valid.  She was satisfied with detailed evidence from the GP that he was satisfied that XB understood and agreed to the terms of the advance decision.  The careful process followed on 2nd November 2011 to ensure XB understood and agreed to the terms was confirmed by the donor’s wife and the mental capacity co-ordinator.

The carer who had raised concerns about the validity of the advance decision with the PCT was found to not actually have been present on the 2nd November 2011.  In any event, the carer gave evidence that on the occasion that she had thought was 2nd November 2011, she was not in a position in the room to have seen XB’s eye movements.  The carer who had in fact been present on the 2nd November 2011 did not raise any concerns about the process nor the validity of the advance decision.

Mrs Justice Theis went on to make the point that while an advance decision can include refusing life sustaining treatment it cannot refuse basic or essential care such as keeping the patient clean or warm.

She also recommended that organisations who provide pro forma advance decisions review whether a ‘valid until’ date is necessary in the form.  Clarity is needed for all concerned as to the terms of the advance decision.

Proprietary Estoppel – Bradbury v Taylor [2012] EWCA Civ 1208Probate, Wills
This website uses cookies for functionality and to help us to improve the experience of the website. By continuing to use this website, you accept their use or you can also change your personal settings.