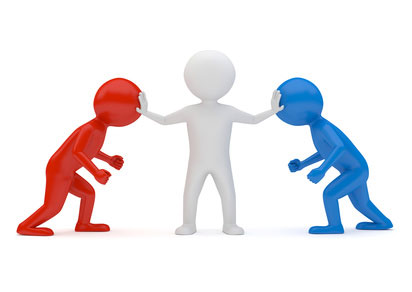 After a scare in the High Court Davies v Watkins [2012] EWCA Civ 1570 has restored the full extent of the protection a Beddoe’s Application can offer to a trustee wishing to avoid a personal costs liability.

Origin of the Beddoe’s Application

In Re Beddoe [1893] 1 Ch 547 the Court of Appeal refused to allow a trustee to take the costs of unsuccessfully defending an action out of the trust. The court said that as a trustee could bring an inexpensive application to ask a judge’s opinion as to whether or not he should defend an action.  If the trustee chose not to make this application he should generally not get his costs out of the trust. From this case sprung the ‘Beddoe Application’ whereby trustees would apply to the court for directions as to whether to bring, continue or defend proceedings in order to protect themselves from personal liability. It became the classic conservative lifebelt which trustees could cling to and avoid personal liability for costs. Absent improper conduct the costs of the application would be paid out of the trust fund and so, unless the trustee was certain of the correct action, a Beddoe’s Application was the best, and safest, way to proceed. However, as Mr Davies discovered to his detriment (initially at least), this position seemed to have changed by the late 2000s when Davies v Watkins came before the High Court.

Facts and Decision of the High Court

Mr Davies was an executor of an estate left equally to three beneficiaries. The main asset of the estate was one of two shares in a company. Mr Davies brought a Beddoe Application for directions as to the interest of the share capital of the company. The beneficiary and owner of the other share in the company resisted the Application but also made an O’Neil v Phillips offer to buy the share. Negotiations concerning the sale of the share continued but so also did the Beddoe Application proceedings. Eventually a consent order was signed under which the beneficiary bought the share but it did not deal with costs. The High Court refused to allow Mr Davies’ costs to be paid from the estate for two main reasons – firstly because Mr Davies had not complied with the Pre-Action Protocol and, secondly because he had pushed on with the Beddoe Application rather than engaging properly with beneficiary’s offer to purchase the share.

This decision suggested that the Beddoe Application safety net was being removed. Here was a trustee who, faced with uncertainty, had asked the court’s guidance but because he had not followed the correct procedure and, more importantly, because he had continued to push ahead with the Beddoe Application instead of exploring an offer made, he was personally liable for the costs. The rule now appeared to be that a Beddoe Application would only provide protection if it was the most reasonable option and not just whenever the trustee had some doubts about what to do. If followed, this large shift would have substantially cut the numbers of Beddoe Applications.

The Court of Appeal, however, crushed this restriction and restored the Beddoe Application to its previous place as lifebelt for an uncertain trustee. They held that the High Court’s decision was “wrong in law and the result of an implicit misdirection” and Mr Davies should be entitled to an indemnity out of the estate (until the date of the consent order). The court took a sensible and pragmatic approach and overlooked any procedural non-compliance with a Pre-Action Protocol. More importantly, while acknowledging that Mr Davies’ actions were not perfect, it clearly found that they were not so far misplaced as to justify refusing an order for his costs to come from the estate.

While the High Court’s view was arguably that a trustee’s costs of a Beddoe’s Application would only be paid when pursuing it was the most sensible option the Court of Appeal disagreed. They specifically stated that asking the court for guidance was something that “fiduciaries are always entitled to do and may often be encouraged to do”, firmly indicating that even if a Beddoe’s Application was not the best solution a trustee would be given an indemnity unless his actions were totally unjustified.

If a Beddoe Application is sought it should be remembered that it is an application under CPR 64 and should be commenced by way of Part 8 Claim Form. There is a specific procedure for it which details evidence needed, consultations required and other steps which should be taken and a trustee must be advised to follow all these procedures correctly. However, as is clear from Davies v Watkins a procedural failing will not necessarily result in any negative costs order. This, along with the powerful overruling of the High Court’s decision, ensures that post Davies v Watkins the Beddoe Application will remain the primary resource for all trustees looking to avoid personal costs liability.

Investing For The Benefit Of Minors – Some Practical ConsiderationsTax, Trusts 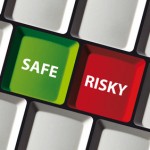 “Return Free Risk” – How Trustees Can Deal With This New RealityTrusts
This website uses cookies for functionality and to help us to improve the experience of the website. By continuing to use this website, you accept their use or you can also change your personal settings.