By Giles Harrap
Posted February 28, 2013
In Probate
Incapacity and Permission To Apply For Reasonable Provision On Death After The Six Month Time Limit Has Expired2013-02-282013-03-21https://www.lawskills.co.uk/2019/wp-content/uploads/2018/10/lawskills-logo-110h.pngLawskillshttps://www.lawskills.co.uk/2019/wp-content/uploads/time-death.jpg200px200px

Giles Harrap, barrister and mediator, of Pump Court Chambers, considers whether there are lessons for litigation friends and their advisors to be drawn from the decision in Henderson v Trodd.

Prejudice caused by the six month time limit to an incapacitated Claimant with an otherwise meritorious case may be outweighed by prejudice to the Defendants if the claim were permitted to proceed out of time.

Why The Case Is Of Interest 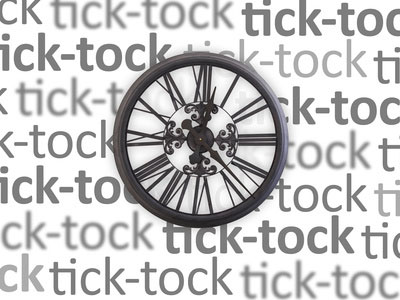 It is trite law that the court has an unfettered discretion in deciding whether to give permission to an applicant to make a claim under the Inheritance (Provision for Family and Dependents) Act 1975 (“the Act”) out of time – Salmon, deceased [1981] 1 Ch 167.  It is trite law that Section 4 of that Act does not on the face of it treat those who lack capacity to litigate differently from those who have capacity – Re C [1995] 2 FLR 24. But neither of those propositions help litigation friends and advisors assess the prospects of such an application succeeding. Such cases are always a matter of anxiety to those who represent those who cannot look after themselves. It is hoped that the judgment in Henderson (by her Litigation Friend the Official Solicitor) v Trodd (by her Litigation Friend Gordon Maclean), although only a County Court case, may be of some assistance.

In Henderson v Trodd District Judge Stewart in Southampton County Court had to consider an application by an adult daughter for permission to make an application for financial provision out of the estate of her mother notwithstanding that nearly seven years had expired since the grant of probate.

The applicant was born in 1957. As a young child she sustained brain damage from meningitis. By the age of 2 she suffered from a learning disability. She was never able to live independently. She was never able to earn. She had been looked after by her mother until shortly before her mother died in 2003 when she moved seamlessly into the care of her mother’s sister, Mrs Trodd. Since 2008, when she ceased to be accommodated and cared for by Mrs Trodd, she had been accommodated and cared for by the local authority. At no time did she have capacity to litigate.

The Will, The Estate and Probate

By her last will the mother gave her estate to Mrs Trodd but added that she did so –
“With the wish but without imposing any trust or legal obligation that she looks after my daughter Margaret Henderson”.
The estate comprised the deceased’s home worth £194,000 and £70,000 in cash.

Probate of the will was granted to Mrs Trodd on 27th November 2003. So the ordinary six month period for making an application under the Act expired in May 2004.

In view of the applicant’s needs, lack of resources and dependence on state benefits, her advisors made it clear that the substantive relief she would seek would be settlement of a sum on discretionary trusts to supplement her state benefits.

Impact of delay on the respondent

By the date of the hearing the respondent was 92, suffered from dementia, suffered physical infirmity and had, herself, lost capacity to litigate or give evidence. In particular she was unable to give evidence about the events that led to the applicant being removed from her care and, whatever the rights or wrongs of the events of 2008, she had cared for the applicant for some 5 years before that time. She no longer had available estate accounts as to what had become of the cash and the property had long ago been transferred into her sole name.

Applying Salmon  [1981] 1 Ch 167, McNulty [2002] WTLR 737 and Re C [1995] 2 FLR 24, the District Judge took into account not just the Salmon guidelines, but also the merits of the claim (per McNulty) and the fact that Parliament has not chosen under S.4 to distinguish between those who lack capacity and those who do not. He concluded that the prejudice to the respondent in being unable to contest the allegations made against her was a powerful factor, and that after such delay giving rise to such prejudice to the respondent, it was not a proper answer for the applicant to say she had no need in 2003 because the respondent was meeting those needs but the situation changed in 2008. Section 4 imposes a strict time limit for good reason and the discretion to grant permission was not created to deal with change of circumstances long after expiry of the time limit. He dismissed the application.

Key Factor In The Case – Lessons 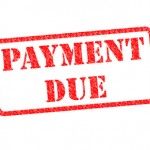 Proprietary Estoppel – Bradbury v Taylor [2012] EWCA Civ 1208Probate, Wills
This website uses cookies for functionality and to help us to improve the experience of the website. By continuing to use this website, you accept their use or you can also change your personal settings.