Prior to 5 April 2008 farming family businesses could sell off parcels of land for development and pony paddocks and only pay 10% capital gains tax (CGT) and have the base costs often almost doubled by what was known as indexation. 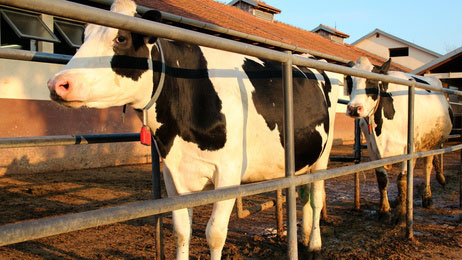 Sadly those days are gone and now the business is restricted to Entrepreneurs’ Relief which is drafted in a similar way to Retirement Relief in that the disposal must not be a mere asset, there must be the disposal of whole or part of the business.

There has been much debate as to whether the sale of part of a farm does in fact qualify for Entrepreneurs’ Relief (ER). A recent case W S G Russell (TC 2239) was heard before the First-tier Tribunal (FTT) and looked at a portion of a farm sold for development.

Facts of the Russell case

In 1993, the taxpayer and his two brothers inherited farmland from their mother and farmed the land in a working partnership. In January 2009, the brothers sold 35% of the farmland for development, and retained the other 65%. The taxpayer claimed ER in respect of his share of the disposal of the farmland. The partnership’s farming profits had reduced as a result of the sale of land for development, i.e. because there was less land to farm, there was less profit. However, Mr Russell had not sold any right to capital or profit. The FTT ruled that the sale represented a material disposal of a business asset. The farm business continued after the sale of the land as it had before; the only change was a reduction in profits. The sale of farmland is a clear example of the sale of a “mere asset” – it was not the disposal in full or part of the business as a going concern.

Disposal of a material asset rather than part of a business

The judge in the McGregor case said there was a “clear distinction between the business and the individual assets used” in a business and that the sale of farmland was not inevitably a disposal of part of the farm business, although it could be a “determining factor”, for example if a farm comprised 200 acres of which 190 were sold. This emphasised that disposal can be material but it is still not the sale of a business.

For rollover purposes it is important to ensure that the full proceeds are rolled over into the new asset. There are time limits of 12 months before and 36 months after the disposal. It is important that the asset being sold must have been a business asset throughout its life and not of mixed use, i.e. if it was let out at some time, and therefore the Rollover Relief has to be restricted.

With concerns over whether or not inheritance tax reliefs will be with the farming and business communities forever, there are concerns that consideration should be given to farms passing down to the next generation before these inheritance tax reviews come in.

There are distinct advantages of Holdover Relief in this regard in that the farm can be passed over to the next generation but they inherit the same base costs for CGT as the transferor. In tax terms that means that the recipient of the farm does not take advantage of what is known as the tax free uplift at death, i.e. if the asset were to be passed to them on death, the probate value, the market value, would be used and then the next generation inherits the farm at a high value tax free ideally because all the inheritance tax reliefs have been claimed, and then they are free in CGT terms to sell the farm with very little capital gains tax disadvantages.

Another dilemma facing the farming family business is that as the older generation become more elderly there is the question of letting out the farm. At various times during a farm’s life it might seem sensible to allow a third party, perhaps even a family member, to farm the land through a Farm Business Tenancy (FBT).

CGT is sometimes considered the forgotten tax of the farming community because farmers try never to sell any assets. Sometimes it is essential to be able to sell assets, to maybe move from the manor house to the converted barn and to be able to sell that property tax free using the claim for principal private residence relief (PPR). Such relief can be a very useful planning tool.

The family farming business must look at all its short-term, medium and long-term plans, together with its succession policy. Any ability to sell off small parts of the farm for development land and replace them with larger areas of pure farming land should be considered. Now is the time for a complete review of the business with regard to what could be future unexpected CGT liabilities on any proposed sales or transfers to the next generation. 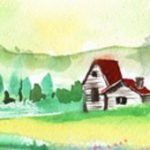 Investing For The Benefit Of Minors – Some Practical ConsiderationsTax, Trusts
This website uses cookies for functionality and to help us to improve the experience of the website. By continuing to use this website, you accept their use or you can also change your personal settings.