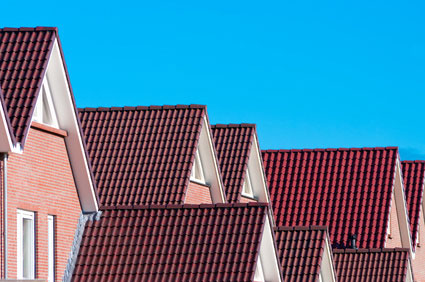 Lord Justice Henderson has found in HMRC’s favour in their appeal against the First – Tier Tax Tribunal’s (FTT) decision, in which a holiday letting business was granted Business Property Relief (BPR) from Inheritance Tax (IHT). In reaching his judgment, he considered in detail the principles of business activity, investment activity and services, concluding that the holiday let business was ‘mainly’ one of holding property as  an investment, effectively .overturning the FTT’s  judgment.. The significant case.of Pawson, identifies the difficult issues involved for Executors, in making a claim for BPR, in relation to property used for furnished holiday letting purposes.

Nicolette Pawson (Mrs Pawson) owned a 25% share in the property known as Fairhaven at Thorpeness, Suffolk at her death. The bungalow is situated on the Suffolk Heritage Coast near Aldeburgh and so is located in a holiday area. It overlooks the sea and has direct access onto the beach. It was used as a furnished holiday let.

Mrs Pawson died on 20 June 2006 aged 81 after being ill with cancer for about 18 months before her death. The income and profit/loss from the property in the last three financial years of her life and in the year of death was:

Family members occupied the property for three weeks each year paying an adjusted amount in accordance with HMRC’s guidance for private use compared to the same amount as a holiday maker would have paid. Otherwise, it was let out to the public.

The evidence indicated that the loss in 2005/6 was caused by re-decorating costs and improvements to the property which were needed to improve letting income. The services offered had increased in line with the expectations of holiday makers e.g. clean bed linen had to be provided rather than the holiday makers bringing their own. As a result laundry services were used. Also, a cleaner and caretaker were employed to clean the property between lettings, tend the garden, inspect the property and repair it and replenish supplies.

The property was let fully furnished with heating, hot water, TV and telephone and a fully equipped kitchen.

The law considered by The Lower Tribunal

In order to qualify for business property relief (BPR):

The Lower Tribunal considered three cases as to whether there was a business at all:

HMRC argued that all six indicia in the Lord Fisher case would need to be satisfied to a meaningful degree before the activities of providing holiday accommodation could amount to a business.

As to whether or not exploiting a property could be said to be a business which was wholly or mainly the holding of an investment, reference was again made to the McCall decision but also to the significant judgement in the Court of Appeal in IRC v George  [2003] EWCA Civ 1763 which was not of the view that simply because services or facilities are required, in that case by a lease, and their cost is included in the rent they lose their character as services and become part of the ‘holding’ of an investment..

Overall, the Tribunal regarded a furnished holiday letting property as something which a businessman would see as needing too active management to be regarded as a passive investment. The Judge cited the usual features as distinguishing it from a longer lease – the need to constantly find new tenants and to provide services unconnected with and over and above those needed for the bare upkeep of the property as a property. BPR was allowed to be applied to Fairhaven.

The law considered by The Upper Tribunal

He considered in the first instance ‘the proposition that the owning and holding of land in order to obtain an income from it, is generally characterised as an investment activity’. He determined that ‘it is clear from the authorities that such an investment may be actively managed without losing its essential character as an investment.’ He quoted Martin v IRC (1995) STC (SCD) 5 and Weston v IRC (2000) STC 1064, as examples of this point.

He reiterated that the Pawsons carried on an active business of letting Fairhaven to holidaymakers and this ‘does not detract from the point that, to this extent at least, the business was basically one of an investment nature’.

He then considered the business activities carried on at Fairhaven and ruled that ‘the activities which would naturally fall on the investment side of the line included the taking of active steps to find occupants, making the necessary arrangements with them, collecting payment of the rent, the incurring of expenditure on repairs, redecoration and improvement of the property, maintenance of the garden and grounds in a tidy condition and keeping the property insured’.

He concluded that all these activities were directed at enhancing the capital value of the property to obtain a regular income from its letting.

He then discussed the services provided to the holidaymakers, such as cleaning, the provision of heating and hot water, a laundry service, television and telephone and provision of an up to date welcome pack and being on call to deal with queries and problems. He then considered IRC v George  [2003] EWCA Civ 1763  and the critical question of ‘whether these services were of such a nature and extent that they prevented the business from remaining one of property investment’.

He concluded that ‘the business did indeed remain one which was mainly that of holding the property as an investment’, emphasising that the services provided were all of a relatively standard nature and were aimed at ‘maximising the income from which the family could obtain from the short term holiday letting of the property.’.  He looked at the ‘business in the round’ and concluded that there was nothing to distinguish it from any other actively managed furnished holiday letting business of a holiday property.

The Upper Tribunal ruled in HMRC’s favour effectively overruling the UTT judgement ‘that a holiday let was too active an operation to be an investment and was to be regarded as a business asset’. The court did not accept the taxpayers’ contention that the innate character of a holiday letting business took it outside the normal scope of a property letting business. Lord Justice Henderson found that it was effectively ‘a typical example of a property letting business’. He concluded that the intelligent businessman test the FTT had originally applied, did not explain the conclusion that the services elements outweighed the investment elements to such an extent that the ‘mainly’ test was no longer satisfied. He determined that the FTT must have misunderstood in some important respects the guidance to be found in the authorities.

Investing For The Benefit Of Minors – Some Practical ConsiderationsTax, Trusts 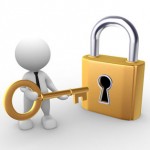 Ten Steps To Securing The IHT Income ExemptionTax
This website uses cookies for functionality and to help us to improve the experience of the website. By continuing to use this website, you accept their use or you can also change your personal settings.