Should you transfer the nil rate band or use it on the first death?

Prior to Finance Act 2008, it was common Will planning to make sure both spouses used their ‘nil rate band’ for inheritance tax (IHT) in their Wills.  Failure to do so meant the nil rate band of the first spouse to die was ‘lost’.

Take this example ,Bob and Doris were married.  Bob died first and left all his estate to Doris.  Due to the spouse exemption, there was no IHT to pay on Bob’s death.  However when Doris died, she only had one nil rate band to set against the combined value of her assets and those she’d inherited from Bob.

Finance Act 2008 introduced the concept of transferring nil rate bands between spouses (now in section 8A of the Inheritance Tax Act 1984).  So using the above example, Bob and Doris were married.  Bob died first and left all his estate to Doris.  Due to the spouse exemption, there was no IHT to pay on Bob’s death.  When Doris died, she had double the nil rate band to set against the combined value of her assets and those she’d inherited from Bob.

If Bob had used half his nil rate band, say by leaving a legacy to the children, then Doris would have 1.5 nil rate bands to set against the combined estate.  The crucial question is the percentage of Bob’s nil rate band that was used in his Will.

Reasons for using the first NRB

First, there are the pessimistic clients, who are convinced the nil rate band will be abolished as successive governments try to find more money for their coffers.  ‘Banking’ the nil rate band now and investing it may be preferable to hoping it still exists when the second spouse dies.

Second, there may be family reasons why it is inappropriate to make the next generation wait until the second death before inheriting (particularly on second marriages, where the children may not be much younger than the surviving spouse).

Third, having a nil rate band trust can give added flexibility and asset protection. Instead of making appointments out of that trust, loans could be made to beneficiaries.  This means the funds do not become part of the beneficiaries’ estates for tax or for creditors/care home fees etc.

On the other hand, there will always be clients who prefer the simplicity of the automatic transfer of the nil rate band.  And occasionally you may have optimistic clients, who think the nil rate band will increase in the future, so it will be worth more (doubled) at the second death.  Given the nil rate band has been fixed at £325,000 until 2014/15, it is possibly unlikely the Conservative pledge (when in opposition) to increase the nil rate band to £1m each will ever see the light of day. 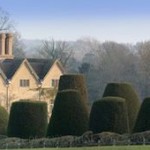 What is ‘Genuine Occupancy’ for CGT & IHT purposes?Tax
Influence of European Convention on Human Rights on statutory ‘next of kin’ definition – Gregg v PigottWills
This website uses cookies for functionality and to help us to improve the experience of the website. By continuing to use this website, you accept their use or you can also change your personal settings.